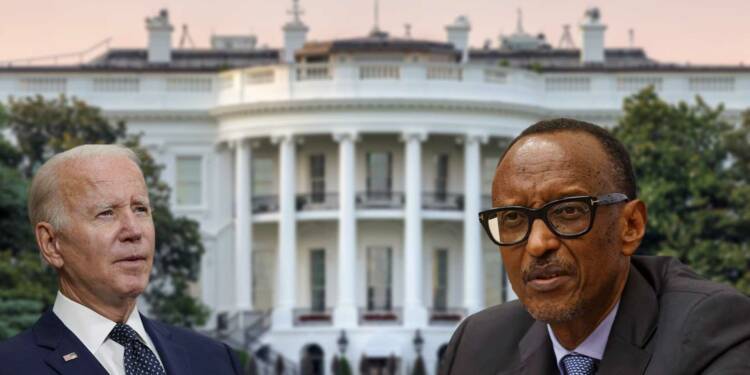 The modern geopolitics is in a state of flux. Especially, in the wake of the Russia-Ukraine war, the geopolitical re-alignments have been the most striking in the African continent. Major powers in the world today are trying to increase their influence in Africa. While Russia has significantly increased its presence in the continent, it has mostly come at the cost of declining US dominance.

The American foreign policy for Africa has been a disaster so far. To add to its woes, now it seems, one more US puppet regime in Africa is revolting against its master.


As part of the US’ divisive agenda in Democratic Republic of Congo (DRC), it funded the M23 terror group to create instability in the region for long. M23 caused much havoc which resulted in tensions between DRC and Rwanda. The US-Rwanda-M23 nexus created instability and looted DRC’s mineral resources. However, when regional alliances were formed by other African countries to eliminate M23, the tables were turned against this nexus and it started faltering. Thus, when the M23 terror group started becoming a thorn in the flesh for the US, it threw Rwanda under the bus. The US accused Rwanda of supporting M23 insurgent group and absolved itself of all its crimes. Ever since, the Rwanda-US ties have soured. Now, it seems the Rwandan government has found the perfect opportunity to get back at the US.

Recently, the US President hosted 49 African leaders at the US-Africa summit in Washington. The aim of this summit was to boost trade ties with Africa and bridge the trust gap with the continent. Apart from this, China also remained an unstated focus of the summit. With this, in a way, the US acknowledged the growing Chinese influence in Africa which is a threat to America’s dominance. However, at this summit, the worst nightmare of the US came true.

Paul Kagame the president of Rwanda chose to hit the US where it hurts the most. Kagame defended Africa’s stand to expand its economic ties with China. He said, the continent has a right to seek partners and China is filling the gap for investment.

China has surpassed the US in trade and economic cooperation with Africa. Despite maximum effort by the Biden administration to deny the fact that the summit was also to counter China’s rise, the Rwandan government has spelled out what is on everyone’s mind.

Reportedly, Kagame said in an interview that Africa doesn’t need to be “bullied into making or taking choices – choosing between the US or China.”.

He further said, “I think we need to have both and others as partners as far as they respect us and understand that we have something to contribute,…” (sic)

Drawing a comparison between China and the US, he pointed out that China is “filling a gap” and the West should step up investment instead of complaining.

Further, James T. Gathii, a professor of law at Loyola University Chicago, who was in Washington for the summit said, “The total pledges by Biden is $55 billion; compare that with remittances sent by Africans living abroad –$96 billion in 2021. Compare that with the infrastructure projects China has invested in Africa in 2022, worth $84 billion,…” (sic)

On the issue of China debt-trapping Africa, President Kagame said the blame should be on both sides as countries should borrow cautiously.

Rwanda’s government was earlier not more than a US puppet regime and used to advance only West’s interests in the region till last month. The sudden change in Rwanda’s stance towards its master suggests that now President Kagame is settling scores with the US and it certainly is a big blow to US ambitions in Africa. It seems like Biden is now trapped in his own net and despite hosting the US-Africa summit to bridge the trust gap with Africa, Rwandan President has delivered Biden the worst shock of his life.

Jamaica is the ‘Jamtara’ of the Caribbeans. Even foreign hackers acknowledge it