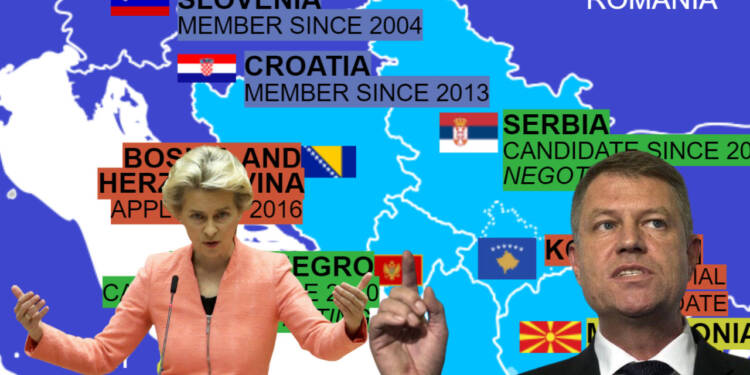 The Schengen visa is a dream for every new EU member state. And why wouldn’t it be? With Schengen, member states have the chance to prosper in a unified visa policy for international travel since it is a component of the EU’s broader area of freedom, security and justice policy. However, Romania and Bulgaria have recently begun to curse the Schengen visa, and that too, vociferously. While blocking Romania and Bulgaria, the EU opened its borders to Croatia, which has caused widespread rage among Romanians and Bulgarians for the EU and specifically Austria.

The nations believe they have been tricked by Austria and the EU due to their personal differences. But, in reality, the EU is playing a bigger game here.

According to a media report by Politico, Croatia is given the green light for Europe’s Schengen visa-free travel zone starting from January 1. But, Romania and Bulgaria have been denied approval. The Council of the EU, which represents EU countries, revealed the decision this Thursday afternoon.

Well, the original plan was to admit Croatia along with Romania and Bulgaria as a package deal. But that scheme fell apart after Austria vowed to veto Romania and Bulgaria’s accession, arguing that the countries were failing to handle a surge in migrants coming to the EU.

One EU diplomat said that a final decision on Romania and Bulgaria was put off because of objections from the two countries namely Austria and Netherlands. In addition to Austria, the Netherlands has also previously expressed opposition to Bulgaria’s admission.

Dutch Prime Minister Mark Rutte a few weeks ago, annoyed Sofia by suggesting that migrants can cross from Turkey and come into Bulgaria simply by paying €‎50, but Bulgaria rejects this claim. The nation rejected this ferocious claim citing it as an excuse. After this, Romania and Bulgaria were both left grumbling. Romania, especially, expressed frustration as its Schengen bid hit 11th-hour snags.

After the denial, Romania criticized Austria heavily. Romanian President Klaus Iohannis stressed, “the decision is profoundly unfair for our country and for Romanian citizens. We will continue our effort to get the Schengen membership”

Behind these heated moments, Austria has played a crucial role. For the last few days, Vienna has been stressing that it will continue to oppose Romania and Bulgaria’s accession because they have failed to curb migration. Due to a sharp increase in migrants entering the Western Balkans, Austria became a vocal opponent of Romania’s and Bulgaria’s EU membership.

The central European nation claims that the migrant influx in recent times is comparable to the height of the migration crisis in 2015 and 2016. According to current data, over 77,500 first-time asylum seekers arrived in Austria in August 2022, which is 11,000 more than in July and the highest monthly total since 2016.

On the internet, everyone is citing Austria’s biasedness as the main excuse for the rejection of accession. But folks, you are not understanding the real game here. EU is not expressing any sort of hatred for Romania and Bulgaria, instead, it is entrapping migrants in the Balkans.

Coming to the basics, there are two active routes through which migrants enter the European Union. The first one is the Western Balkan route and the second is the Mediterranean route. The Western Balkan route is one of the main migratory paths into Europe. Following the record-breaking influx of people into the European Union in 2015, fewer irregular migrants took this route for a number of years. However, it has started to pick up the pace again since 2019 and is currently stuffed to the gills.

In addition, the central Mediterranean route which has historically been one of the busiest and most hazardous sea routes for people travelling to Europe has also become quite active. From sub-Saharan Africa, primarily Libya and Tunisia and also Algeria, migrants attempt to enter Italy or Malta. Some even take an extra leap and hop into Croatia and the Balkans.

A few days ago, it was reported that the EU is struggling to accommodate the large number of refugees that have recently arrived in the zone, causing municipalities to reach their upper limits. Using Schengen as an excuse, many migrants are being denied entry into other EU nations. The reason behind this is that migrants don’t have proper documentation. And here, by giving Croatia a Schengen boost, the EU will get an upper hand to cancel travel permissions to more migrants.

The deplored migrants would be forced to leave the country, or wait for a godsent opportunity to enter the EU. But as a backup plan, where do you suppose their final destination would be?

One may think that this is a biased approval in favour of Croatia. But in reality, it’s a very cleverly crafted evil approval. By giving Croatia the Schengen approval, the Balkan route is being barricaded and the African migrants are being restricted to their country of arrival.

Because they are being placed in a precarious situation where it would be difficult for them to return, they will remain outside of the EU and, in this case, the Balkans. Now, that’s something incredibly evil going on out there.