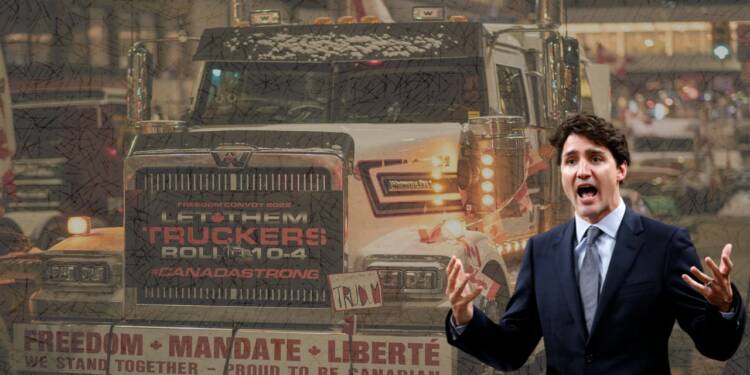 OPC NGO: Justin Trudeau is a very dishonest and ineffective leader. The Canadian prime minister is willing to lie to any extent to avoid criticism. The continuous truckers’ protest evidence, which called upon Trudeau, his family, and other witnesses, has also shown how the liberal poster child is a brilliant, vengeful, and a clever liar. To be completely honest, though, I believe the prime minister is insane if he believes he can fool his own people by putting on a fake face. He did everything he could to sway the populace with his white lies, but his hasty tactics failed. Unfortunately, Trudeau has run out of lies, and all of his cunning strategies are now being exposed.

The massive protests that resulted from the freedom convoy in February 2022, which compelled the Trudeau administration to exercise exceptional powers and make the first use of the Emergencies Act, have begun to plague the liberal administration.

Inquiries and questions are being made in Canada to determine why the government felt the need to take such an extreme and harsh action.  Unsurprisingly, the government led by Trudeau has yet again failed to respond satisfactorily.

Although the convoy movement was largely active and peaceful, Trudeau didn’t spare any effort to label the trucker protests anti-national and a security threat to Canada. Brutally suppressing the Freedom Convoy, Trudeau believed he could get away with it. He hoped that his reputation as an unmatched human rights defender would endure. Sadly! At least in this instance, Trudeau isn’t living the life of his dreams. The day of Trudeau’s verdict appears to have come. The infrequent use of emergency powers isn’t looking well for the liberal leader, it turns out.

The Public Order Emergency Commission recently ended its fact-finding sessions after six weeks of testimony, several witnesses, and after seeing it all, it’s even clearer than it was in February that using the Emergencies Act to repress what was ultimately a peaceful rally was a needless overreach.

Also Read: Two days of enquiry into the unlawful invocation of Emergency act, and Trudeau is already exposed

And now, another dubious play of Trudeau has come to the forefront. The Ottawa People’s Commission on the Convoy Occupation (OPC), a government-affiliated organisation in Ottawa, established a public commission to investigate the consequences of Canada’s “Freedom Convoy” demonstration in downtown Ottawa last winter. As per the group, they wish “to redress local pain and losses” brought on by the convoy. However, according to reports, they appear to be taking advantage of Ottawans in order to steal the millions of money that Canadians gave to the Truckers Freedom Convoy.

Since its founding in June of last year, the government-backed body has produced a never-ending stream of contradicting pronouncements. The OPC committed to actively listening to Ottawa residents over the ensuing months in order to “better understand the impact the Convoy had on us locals,” not to assign blame or point fingers, but rather to “find proactive solutions and make recommendations for the future.” This promise was made in particular to those who resided in the downtown “red zone” of the Freedom Convoy.

Unfortunately, they appeared to have made up their views before even listening to one witness, as they were quoted in the media as saying that the dreadful Convoy had left Ottawa people traumatised, damaged, and tortured. Left-wing activist Ken Rubin, who founded the OPC, claimed that previous recent federal and local investigations into the convoy “barely scratched the surface of the hazardous, undemocratic, and harmful occupation.” I’ve never witnessed a community experiencing this much trauma.

Despite the overt bias, the group insisted that everyone would be welcome at their public hearings and that any locals (especially those downtown residents who were most affected) could come to testify in a judgment-free environment where the respected Commissioners would listen with a compassionate ear.

Many have questioned the OPC’s self-contradictory strategy’s motivations. Why would they put so much effort into being impartial and unbiased while also being so obviously, brazenly, and unashamedly biased? Even to go so far as to falsely claim they weren’t excluding supporters in front of the cameras only to admit it the next day? Could the committee have a monetary goal?

A closer look at the steering committee reveals that it is led by Zexi Li, a Chinese national and federal employee who is suing the trucker’s convoy protesters in a $9.8 million class action. Li is 21 years old. The well-funded Commission is helping to gather witness testimony to strengthen Li’s financially motivated case.

Trudeau has made no effort to spare in robbing the monies amassed by the Canadians in protest and aid his cronies. It’s indeed unfortunate that a democratic country’s prime minister is being allowed to harass his populace in such a tyrannical manner.