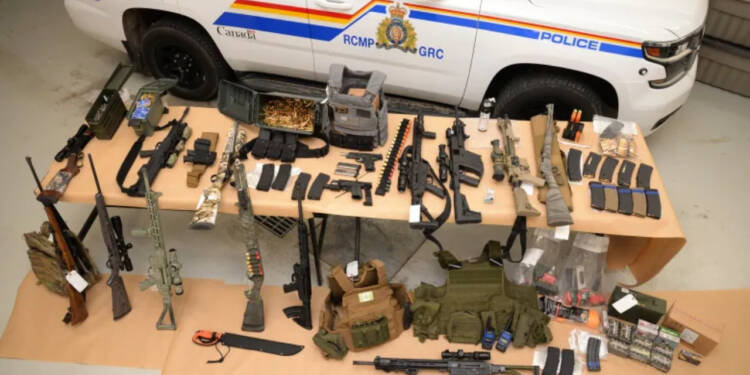 Can you believe in a democracy, you don’t have the right to voice discontent? And if you do so, the government will try every bit to vilify you. Well, this is what the Canadian government did with the truckers who raised their voices against the government’s mindless policies. The protests garnered attention from all around the globe but were unable to get the attention of the country’s ‘busy’ prime minister.

Instead of addressing the demands of the protestors, the miraculous politician devoted the media and the federal policing force to vilifying them. The dominant spectrum of the media couldn’t get enough of running negative coverage from the protesting site. And, the federal police force wasn’t getting tired of perpetrating hoax raids to silence the anti-government protests.

The convoy protests saw most of the agitators coming from the Canadian province of Alberta. And that is what led Trudeau’s police force to run a conspiracy. A conspiracy against the Albertans.

In September this year, it was reported that RCMP believed a few Alberta men officers had two women smuggle a hockey bag filled with guns into the truckers’, suggesting they would go unnoticed by police because they were “girls.”

Later these men were accused of planning to murder RCMP officers.

However, now allegations have come up during the ongoing Public Hearings that those two women were actually undercover police officers. The two female officers befriended protesters acting as ‘security’ for the Coutts border blockade and as per the revelations were instructed by the RCMP to smuggle firearms to Coutts, in a hockey bag.

As per the report by the CBC, the RCMP conducted a rare “imminent harm” wiretap the following day, which can be carried out without a judge’s approval when there is an immediate threat to safety.

Read more: RCMP planted weapons in an Albertan house to suspend civil liberties in the province

The blockades and demonstrations at the Coutts border crossing in southern Alberta started on January 29 and came to an end after the RCMP executed warrants on trailers and other property early on February 14 and seized more than a dozen guns, along with ammunition and body armor.

Following the searches, 14 people were given criminal charges, with the most serious accusation against four men, Jerry Morin, 41; Chris Lysak, 48; Chris Carbert, 45; and Anthony Olienick, 40, being conspiracy to murder RCMP officers. The four males are also accused of mischief and having firearms.

In addition, Olienick is accused of possessing a pipe bomb, which police claim they found on his rural property in the Municipality of Willow Creek, south of Claresholm.

But, how can we trust a police force that has been perpetrating hoax raids to save Trudeau’s skin and malign the protestors? Even a few months ago, there were reports from the NYT, claiming that police raided a house in the Coutts village of Alberta. Many village residents remembered this as the most significant event that had occurred in their small village in recent memory. During the raid, police uncovered a frightening cache of weapons in the house. Now, what was distressing was that the villagers believed the whole raid to be perpetrated by the police to silence an anti-government protest.

It is not far-fetched to say that the seizure of weapons was intended to demonize the protestors and, in turn, snatch their civil liberties easily.

We saw that Trudeau went above and beyond in his efforts to label the truckers’ protest as anti-national and a security danger to Canada. Some security personnel were reportedly armed with firearms, batons, and pepper spray. One can only speculate about the severity of the authorities’ treatment of the demonstrators and the lengths to which they may have gone to quell the uprising.

Justin Trudeau, the prime minister of Canada, believed he could get away with brutally suppressing the Freedom Convoy. He believed that by demonizing the protesters, he might deny innocent people their civil liberties. However, he hasn’t advanced in his aspirations due to his illegitimate and immoral actions. Such revelations continue to come his way and cast doubt on his authority.