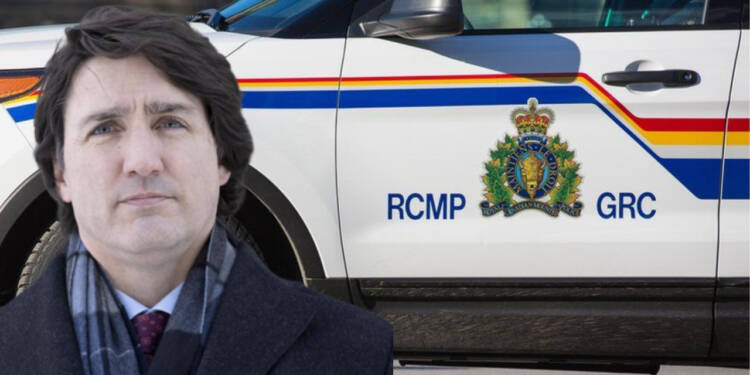 Canadian PM Justin Trudeau is slowly trying to alter the dynamics of Canadian political structure. Privacy invasion should have no place in a democracy like Canada but Trudeau is so baffled with power shining in his eyes that he has let go of the very principle that guides modern civil societies.

Canadian leadership has been using federal policing agencies like the RCMP to promote liberal ideals and to crackdown on conservative strongholds.

What is RCMP and the allegations against it?


RCMP, or the Royal Canadian Mounted Police, commonly known in English-speaking areas as the Mounties, is the federal police service of Canada. While police services are the constitutional responsibility of provinces and territories, the RCMP’s primary responsibility is the enforcement of federal criminal law

In shocking findings, it has recently come to light that RCMP has not consulted with Canada’s privacy commissioner about its use of spyware to essentially hack into electronic devices.

Parliament’s privacy watchdog claimed that he first became aware of this spyware programme in June after Politico broke the story about the records that were presented to the House at the request of a Conservative MP.

His office then got in touch with the RCMP to ask for more details. The RCMP has not yet given any information, but it has stated that it plans to brief and demonstrate for the commissioner later this month.

The Liberal party’s shenanigans are now posing an existential threat to the Canadian democratic structure. It doesn’t suit the ruling party of one of the most “civilized” places in the world to employ tactics that go against common privacy guidelines.

It seems like the whole process was a part of Trudeau’s wider plan to use RCMP to slowly disintegrate the leadership in conservative strongholds like Alberta. Alberta is Canada’s crown jewel when it comes to oil. And the province is the headquarters of the right-wing political movement in the country.

As a result, Trudeau is aching to smash the harmonious picture of Alberta with every chance. The United Conservative Party (UCP) previously called for swapping RCMP with a provincial police force in Alberta.

But the big dreams among Albertans will never be a reality under Justin Trudeau. The prime minister is dying to torpedo the long-held bastion of Conservatives in Alberta and the rage will never stop until Trudeau starts to score political points in the Western province. But more than anyone else, Justin Trudeau gets the fact that it is not a cakewalk to raise the liberal flag in Alberta.

Still, the use of a federal agency to carry out party agendas is wrong both ethically and illegally. Conservative MP’s questioning RCMP’s activities are not getting proper access to information.

Moreover, despite its indications, It seems like RCMP has failed to provide the Privacy Commissioner with appropriate information.

Upon learning of the lack of will to share information with the privacy commissioner, Conservative MP and committee member Damien Kurek said it was “disappointing” and “not a good precedent.”

Naturally, the RCMP is being controlled by the big liberals in the center and they are disallowing the former to spill any information that would empower the opposition to build up a legal case against them.

Trudeau indeed would be the death of democracy in Canada.