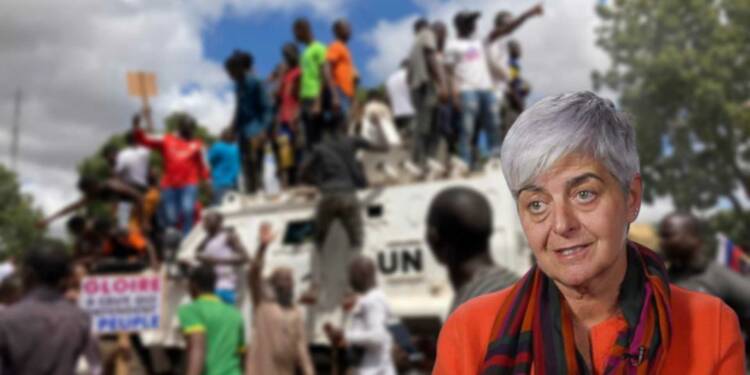 Analysts have speculating for long that Burkina Faso is on its way to join the Russian camp. Evidently, there is a growing pro-Russia and anti-France sentiments in the country. The country has witnessed two coups in eight months. Before Traore became the leader of Burkina Faso, Lt. Colonel Damiba had met Russia’s top diplomat Lavrov on the sidelines of the 77th UN General Assembly where both countries sought to strengthen ties and address current challenges.

There were speculations that Burkina Faso might have invited its mercenary group Wagner which have also fuelled anti-France sentiments. However, Traore has so far taken a very ambiguous position on the question of joining either camp and has not directly shown his allegiance to Russia.

He is weighing both his options to get a better deal.

Burkina Faso often makes overtures to Russia, in a way to arm-twist the West. In the past, Ibrahim Traore, after assuming power had assured U.S. diplomats that he had no intention of inviting Russian Wagner forces to fight militants in the country.

However, even after that there were signs of Traore drifting away from US to Russia.

After observing these developments, the US was convinced that Burkina Faso is going Russia’s way. The US then responded to Burkina Faso’s actions by excluding it from the African Growth and Opportunity Act (AGOA) agreement.

Further, the US stated that the reason for its decision is lack of democracy in the West African nation.

However, in the backdrop of France getting kicked out from Mali leaving the space void for Russia’s rise, the US simply couldn’t see Burkina Faso slip out if it’s hands so easily.  So now it has a new tactic to maintain its hold over the African country by exerting more pressure on it to keep toeing the West’s line.

US punishes Burkina Faso through UN

So now US has once again turned to the United Nations to force Burkina Faso into submission. As per reports, a senior UN official, had recently requested and obtained the withdrawal of non-essential personnel of the (UN) system from Burkina Faso.

According to a senior Burkinabe diplomat it was because she sought to “discredit the country” and tarnish the image if the military government.

As the US knew very well that the withdrawal of the UN forces from Burkina Faso would be its final nail in the coffin which would serve the country to Russia on a platter, so it might have decided to only withdraw its non-essential personnel to make the military government look bad globally, anticipating that it will then make the leadership to “fall in line”. It was just another pressure tactic used by the US against a recalcitrant African nation.

Burkina Faso takes on US

However, Burkina Faso has now understood the dual game played by the US and has stood firm against it. In response to this, Burkina Faso’s military government has decided to expel the top UN official. The official has been declared persona non grata on the territory of Burkina Faso and therefore has been requested to leave the country.

With this yet another attempt by the US falls flat on its face. Burkina Faso’s decision to expel the top UN official has come a few days after it expelled two French nationals who worked for a Burkinabe company and were suspected for spying by the authorities.

Thus, Burkina Faso is in no mood to take the West’s bullying tactics lightly anymore and has successfully thwarted US’ attempts to influence the country. However, only time will tell what turn the upcoming events might take and what the future holds for Burkina Faso.