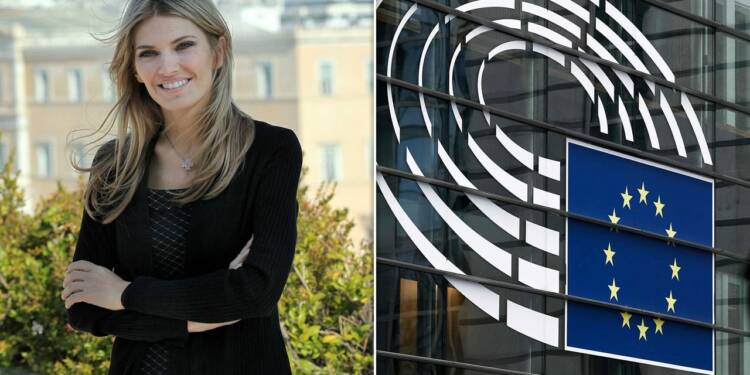 European Union is founded on human rights. However, it has continuously failed to hold its principles it was founded on. The Qatar Corruption Scandal exposed how Europe helped Qatar organize a blood-soaked FIFA world cup. The investigation has stirred political circles in Amiri Diwan. Doha has vowed to end energy supply to Europe.

2022 FIFA World Cup in Qatar has been mired in various controversies. Even after the final has been played with Lionel Messi creating history, the controversies related to the tournament just don’t seem to end.

Two weeks ago, one of the vice presidents of the European Parliament and Greek politician Eva Kaili was detained on Friday in Belgium as a result of a police investigation into suspected bribery given to EU politicians by FIFA World Cup host, Qatar.

According to a statement from the Central Anti-Corruption Office, Belgium’s Federal Judicial Police (PJF) has reason to believe that “a Gulf country” (Qatar) has influenced MEPs by giving “significant gifts” or “substantial sums of money” to individuals who have access to MPs. More than 1.5 million euros in cash and “computer equipment and cell phones” have been seized by the police.

Soon after the incident, the parliament of the European Union decided to halt work on any Qatar-related cases on Thursday and demanded that security passes for any representatives of the Gulf state’s (Qatar) interests be revoked until an investigation into a corruption scandal that has the assembly reeling can be completed.

Qatar has now criticised Belgium’s corruption probe and the suspension of the Gulf nation’s access to the EU parliament, claiming that these actions could “negatively” affect relations and natural gas exports.

A Qatari diplomat attacked Belgian officials specifically in a statement, insisting that “inaccurate” information was used. The diplomat said, “The decision to impose such a discriminatory restriction that limits dialogue and cooperation on Qatar before the legal process has ended, will negatively affect regional and global security cooperation, as well as ongoing discussions around global energy poverty and security,” said the diplomat.

As many European nations turn to Qatar for supply of liquefied natural gas, amidst their sanctions on Russia, the episode becomes even more noteworthy. Qatar has emerged as a reliable partner for Europe in the Ukraine war. Qatar has recently signed 15-year gas deal with Germany in which it’ll export two million tons of liquefied natural gas (LNG) a year to the European nation.

The Gulf monarchy provides liquefied natural gas (LNG) to a few other European nations, but it also has the legal authority to divert supply to other clients, especially in Asia, provided those customers are prepared to pay a higher price. The majority of Qatar’s LNG exports to Europe are contractually divertible. However, Qatar had promised continue supplying gas to Europe even as the nations work to wean themselves off of Russian energy.

Further, several reports have suggested that Eva Kaili was acting on EU’s behest. According to Eva Kaili’s lawyer Michalis Dimitrakopoulos, Qatar had no need to pay her because she was carrying out a larger EU strategy and was under the direction of Roberta Metsola, the president of the EU Parliament.

It’d be now interesting to see how European Union will prove its credibility once again. And if it’ll let go Qatar off the case for the gas. Or it’ll actually punish Qatar for the way Doha deserves to be.

West will care about ISIS only when it is in Syria