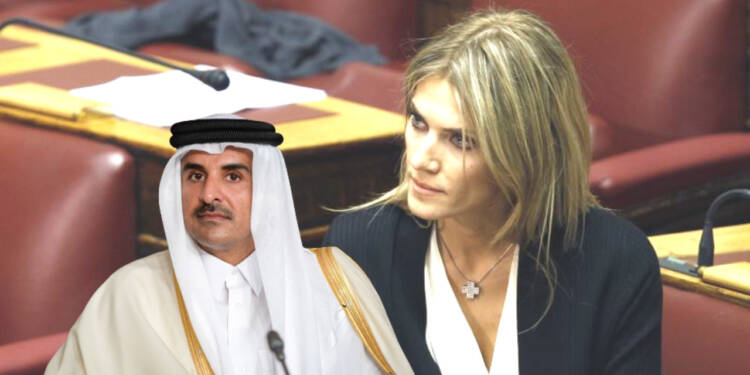 Qatar has been a controversial choice to host the 2022 FIFA World Cup. The decision to grant Qatar hosting rights of the tournament was made in 2010 and has since been the subject of much criticism due to the country’s human rights record and its alleged use of bribery and corruption to secure the hosting rights.

The FIFA World Cup bid process began in 2009 and was highly contested. Qatar, a small and relatively unknown country, was facing stiff competition from the likes of the United States, Australia, South Korea and Japan. However, in December 2010, bid of Qatar was awarded the rights to the 2022 FIFA World Cup, much to the dismay of the other bidders.

Now, one of the vice presidents of the European Parliament and Greek politician Eva Kaili was detained on Friday in Belgium as a result of a police investigation into suspected bribery given to EU politicians by FIFA World Cup host, Qatar.

According to a statement from the Central Anti-Corruption Office, Belgium’s Federal Judicial Police (PJF) has reason to believe that “a Gulf country” has influenced MEPs by giving “significant gifts” or “substantial sums of money” to individuals who have access to MPs. More than €600,000 in cash and “computer equipment and cell phones” have been seized by the police.

The Gulf nation has been identified as Qatar by Belgian media, and one of those detained is described as Kaili, 44, a former TV host who has served as an MEP for PASOK, a Socialists and Democrats (S&D) Group member since 2014. Four individuals were detained for interrogation after sixteen searches were conducted across numerous Belgian cities. According to the authorities, the operation “targeted in particular parliamentary assistants operating within the European Parliament.”

A resolution passed by the European Parliament regarding Qatar over the deaths of construction workers who were building FIFA World Cup stadiums and “other human rights breaches” was opposed by Kaili, who praised the Gulf monarchy as a “frontrunner in labour rights.” Earlier in November, she had visited Qatar and met the labour minister while expressing support for the event on behalf of the EU.

The incident has exposed how European Union’s top officials have attributed to the growth and validation of the Qatar FIFA World Cup.

The Guardian calculated that since Qatar was given the right to host the World Cup, at least 6,500 migrant workers had died in the country, and many of them were working on World Cup-related projects. Human rights in Qatar were criticised for how they treated migrant labour, women, and LGBTQ+ people, which sparked claims of sports washing. Despite all this, Europe has aided Qatar where its own officials have helped with ‘sports washing.’

The “saviour of human rights”, that is, the European Union is equally to be blamed for the thousands of labour deaths. Rather than taking efforts to invalidate the world cup, the bloc has aided it.