According to a popular story, there was a wonderful saint named Rasa Siddha in the 6th century, who had the power to convert metal into gold and was believed to have possessed the Chalukya king Pulakesi II, who was the head of any temple called ‘Nava Brahma’ was helpful in construction.

Alampur is known as the city of temples and is famous for its sculpture. The most important are the temples of Nava Brahma and Kanchi Kamakshi. 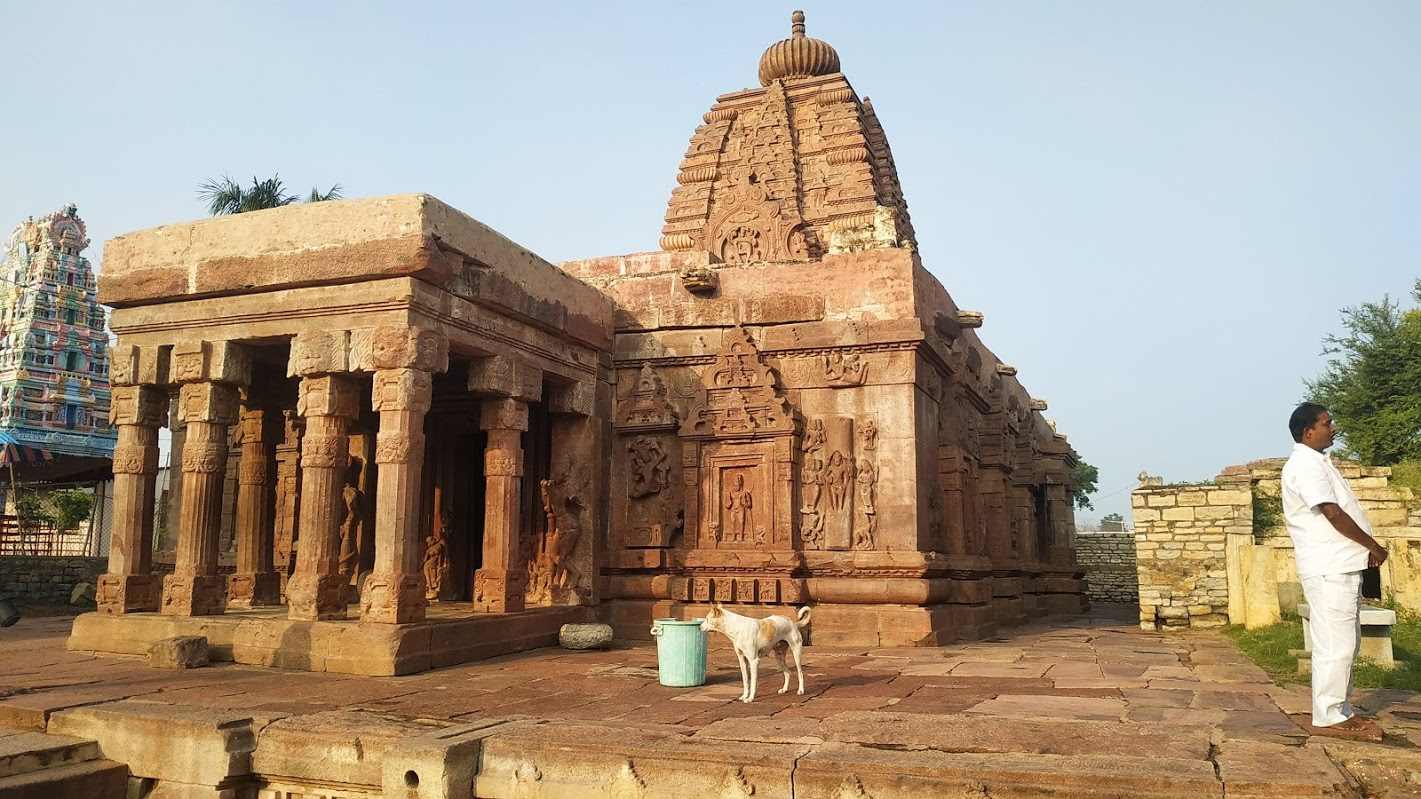 Alampur is considered the western gateway to Srisailam. The wonderful temples and remains of some ancient temples here represent the Badami Chalukya architecture. The old temple of Jogulamba was damaged by the Bahmani Sultans in the 14th century. The idols of Jogulamba and her 2 Shaktis Chandi, Mundi were secured from him and kept in Bala Brahmeswara Swami Temple till 2005. A new temple was built at the exact same place and the deity was shifted.

According to the local people, Jogulamba is an anger form of maa Durga hard to worship and extremely energetic and the water pool nearby makes the environment cool.

About the image Here Goddess Jogulamba is seated on a corpse with a scorpion, a frog and a lizard on her head. She appears in a naked avatar, with her tongue outstretched, an incarnation of the intense goddess who accepts siddhi in yoga and is thus called Jogulamba. The word is a variation of Yogula Amma in Telugu which means mother of yogis. The idols of Saptamatrika, Vighneshwar and Veenapani Veer Bhadra are also present. The initial Chandi Mundi idols were left at the Bal Brahmeswara Swami Temple and unique idols have been made and housed in the Jogulamba Temple.

Also Read: Kotilingeshwara Temple – History, Facts and how to reach 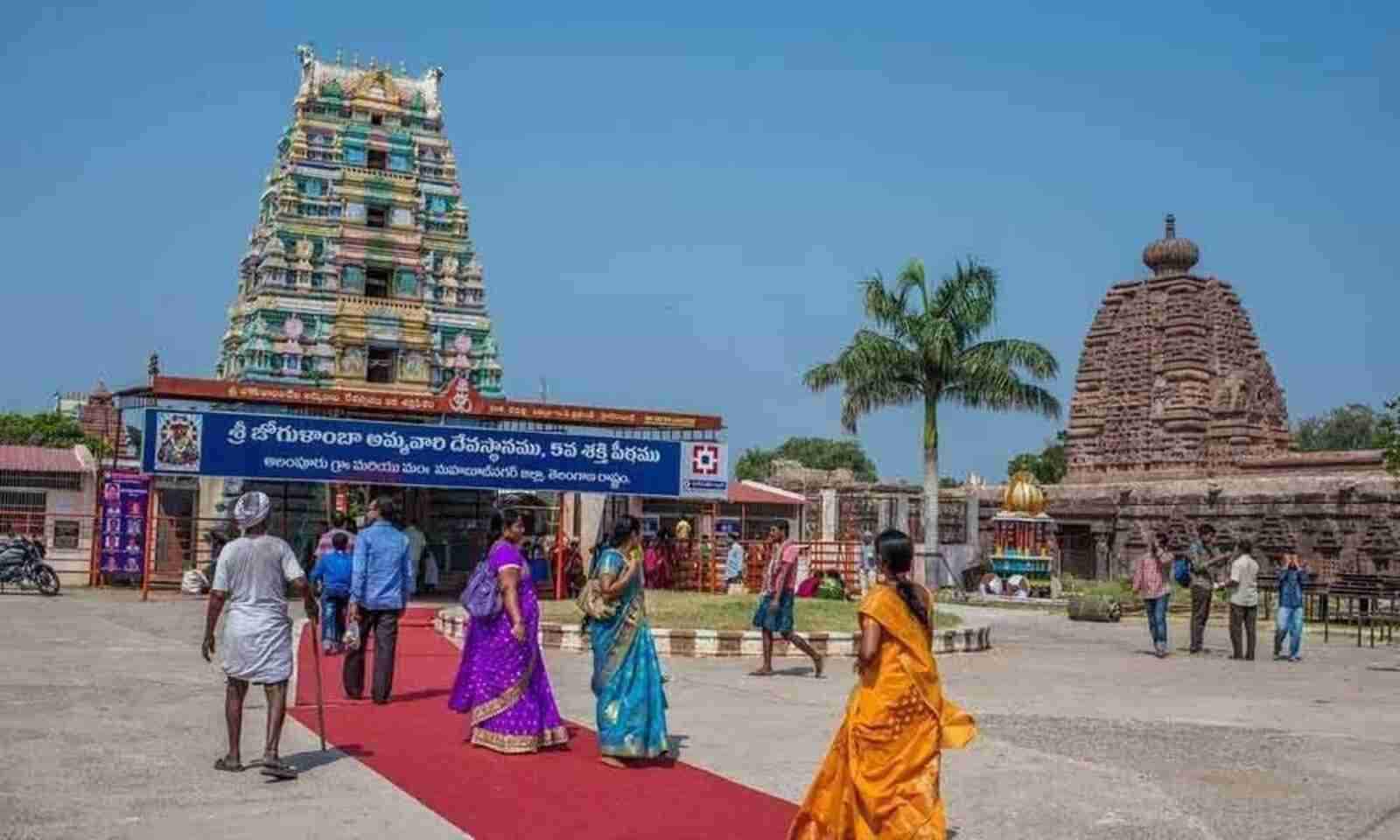 How to reach Alampur Jogulamba Temple

By Air- The nearest international airport is at Hyderabad which is 202 km away.

By Road- Many Buses are available from Hyderabad to Kurnool.