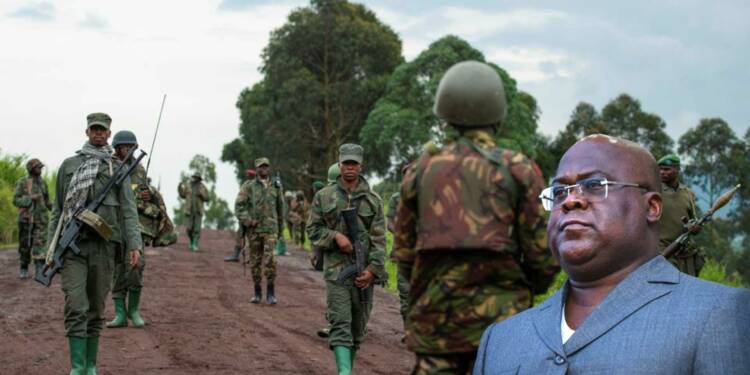 DRC M23 withdrawal: Democratic Republic of Congo (DRC) has endured more than two decades of conflicts and millions of lives have been lost. The UN mission in DRC have failed to bring peace and stability in the country and the Western interference has only aggravated the critical situation. Even after two decades of UN mission, there is absolutely no sign of any solution for the crisis.

What happened in DRC recently


After years of conflicts, violence and instability that claimed 5.4 million lives in DRC since 1998, finally one would hope for some semblance of peace in the country after the M23 rebels announced their withdrawal from a strategic front-line position in Kibumba, one of its strategic positions at the gates of the provincial capital Goma, which it conquered at the end of October, in the eastern Democratic Republic of Congo, according to a statement.

The M23 said that “it supports regional efforts and agrees to cede its positions in Kibumba to the responsibility of the EACRF (East African Community Regional Force),…” (sic)

According to the political spokesman of M23, this was a “gesture of goodwill in the name of peace.”

Kibumba had come under M23 control after intense fighting with the DRC army, raising fears that Goma, the provincial capital of North Kivu and a city of more than a million people, might also be taken by M23 in future.

Rwanda is accused of actively supporting the M23, which in turn has been backed by the US. The relations between Rwanda and DRC has been strained due to the ongoing conflict and the Rwandan ambassador has been expelled by the DRC due to the conflict, although Rwanda denies these accusations.

Among the various diplomatic initiatives launched to resolve the crisis in eastern DRC, a summit was held a month ago in Luanda decided on a ceasefire on the evening of 25th of November and envisaged a withdrawal of the M23 from the conquered areas two days later.

For a long time the US funded the M23 terror group through Rwanda to create instability in the region and to loot DRC’s mineral resources. However, with regional alliance of African countries coming to take on the challenge, the nexus started faltering and the US had to throw Rwanda under the bus. The US even accused Rwanda for supporting M23 and called upon Rwanda to not to support the insurgents in the eastern DRC.

Read More: Kagame settles scores with Biden in the White House, one hell of a move

Now, the western countries have come together to ask Rwanda to end its support for M23. France and Germany are the latest parties to openly accuse Rwanda of supporting armed rebels in neighbouring Congo. Further, recently the UNSC eased a weapons embargo meant to stem rebel fighting in eastern Democratic Republic of Congo.

In such times, it was expected that the conflict will finally see some kind of resolution and decade-long conflict would end. However, the Congolese army has now described the withdrawal of M23 rebels from a strategic town near the regional capital, Goma, as a “decoy“.

Although recently the  M23 rebels met representatives of a regional military force (East African Community Regional Force, Ed.) to hand over control of a strategic town, but according to the army, the rebels were strengthening their positions in other areas. Further, the army said that it is meant to distract locals and global community, and actually the rebels are reinforcing their positions elsewhere, their intention is now to occupy the western parts of Goma. The M23 had taken part in a ceremony to deliver the town of Kibumba to the East African military force only under heavy international pressure.

With this any possibility of a resolution and long-lasting peace in the region will be buried once again and it further proves that Rwanda is interested in any peace deal and the M23 withdrawal was only a massive “PR job” meant to distract the world.