Indigenous Canadians see the true face of the ‘Liberal Government’

PM Trudeau pledged to fund indigenous cultural events and education. He advocated for the acknowledgement of land rights of indigenous populace. But, after seven years in office, he has breached many of his vows to them 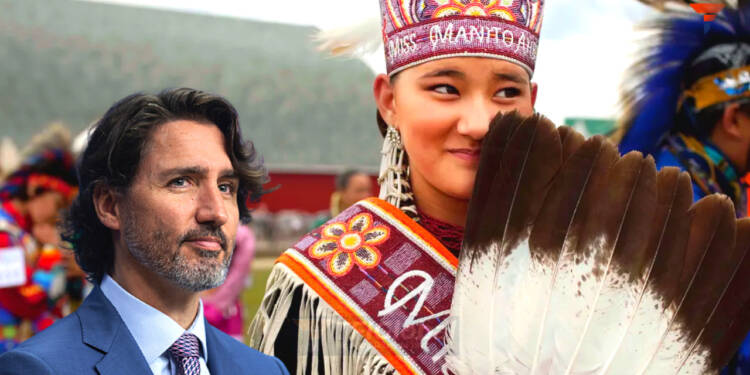 It is well known that the Indigenous Indians and Inuits owned the land of Canada. European immigrants seized their lands and fortunes by murder and expulsion, and the white-led system was built through force and forced assimilation. Whites continue to dominate most resources in Canada, from land to properties, while indigenous people face systemic discrimination and marginalisation.

In his 2015 election platform, PM Justin Trudeau committed to improve the lives of the indigenous Canadians. He promised to get them clean water and end the so-called boil water advisories. He hasn’t done that. At all.

He promised to make their lives safer and better. But, at places like Grassy Narrows, mercury still poisons the environment and the people who live there.

He promised to reconcile — in effect, build a more respectful relationship — with First Nations. But he’s spent millions on lawyers to overturn a human rights award won by indigenous Canadians children.

Not to forget the recent finding of hundreds of Indigenous children and newborns, which continues to loom large in our minds. Justin Trudeau smirked on the same day that over 700 small indigenous Canadians remains were discovered in unmarked graves in Saskatchewan.

He rejected calls to sack his inept and dim-witted cabinet colleague, Carolyn Bennett, who had vilified Wilson Raybould, implying that the respected Indigenous leader was more concerned with money than with her own people.

Trdueau has consistently duped indigenous Canadians with lofty promises of camaraderie, despite the fact that the Liberal government has never made a significant attempt to ameliorate the natives’ deteriorating circumstances.

Also Read: Canada comes up with a new strategy to enshackle the global south

According to the Canadian Human Rights Tribunal, Indigenous Services Minister Patty Hajdu and the Assembly of First Nations misled the public by not disclosing the fact that their $20-billion child welfare compensation deal left out some victims and reduced payments for others.

Last October, the tribunal concluded that the deal failed to ensure that each First Nations child and caregiver entitled to compensation under its human rights orders would receive $40,000 — even though Hajdu told the public that was the baseline for compensation.

The ruling concluded Ottawa and the AFN ignored the “grave injustice” of leaving out victims in a push to finalise the $20-billion settlement.

It said Canada is trying to “shield itself” from some tribunal orders by “hiding behind the fact” that the AFN made compromises.

The Trudeau government continues to have cultural and power arrogance towards indigenous Canadians. It continues to impose the method and means of “reconciliation,” hoping that the indigenous people will be appreciative of what the government accomplishes.

However, indigenous Canadians can’t be duped this easily. They are defending their dignity and rights. The international community must assist them in achieving justice, however late.