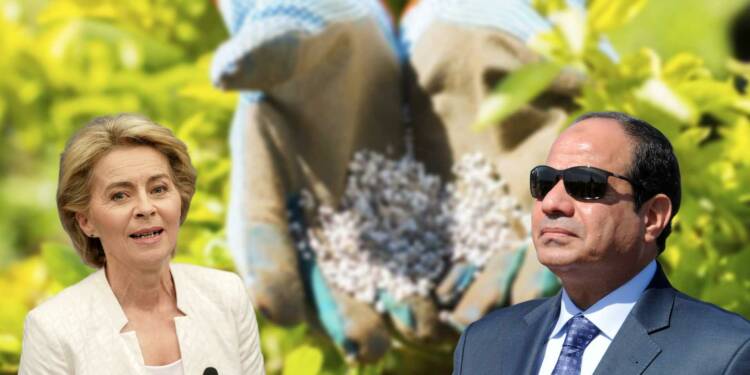 The nature of changing geopolitics is such that, even the long-term “natural allies” have also felt the heat which now seem to have become intolerable. Here we’re talking about the West. We all know how the US & EU condemned Russia in one voice and imposed sanctions against it and vowed to fight for the cause of Ukraine. However, soon after the Europe felt abandoned by its “big brother” America, when the sanctions backfired. It pushed EU into one of its worst energy crisis, while the US minted money out of Europe’s misery.

Now, Europe has realised this and is giving it back to the US, in equal measure.

In a significant development, Egypt has toppled Russia as a fertilizer exporter to European markets. Its exports amounted to 1.5 billion euros during the first ten months of this year, compared to 521 million euros for the same period last year, as per a report.

Russia is one of the largest exporters of a number of low-cost fertilizers as per data gathered by Bloomberg. However, it has been targeted by Western sanctions and Europe has been seeking to reduce its dependence on Russia for energy and fertilizers. Further, as a consequence of the Russia-Ukraine war gas prices soared in Europe leading to reduction in production capacities of major players in the European fertilizer market.

Thus, Egypt’s new position has emerged in the backdrop of the ongoing war between Russia and Ukraine.

Why Europe turned to Egypt?

Recently, Europe and the US had a conflict of interest over EU’s “green agenda”. The EU’s desire to subject third-country food imports to its own sustainability standards had sparked concerns in US as it might hurt its nitrogen exports. Actually, the cost of generating the crop nutrient in Europe increased due to rising natural gas prices in Europe and on the other hand Europe had to reduce its dependence on Russia, which was one of the major exporter of nitrogenous fertilizer and in all of this the US became the ultimate winner. According to U.S. Census Bureau data, exports from the U.S. soared to 370,000 tons in August, which is more than double the last year’s total. Thus, since Russia invaded Ukraine, US nitrogen exports witnessed a surge.

Read More: US tears into Europe for adopting green farming standards because it’s all about the money, silly!

EU’s sustainability standards and green agenda became a major point of contention between the EU & US. Ted McKinney, chief executive of the US association of state departments of agriculture (NASDA), told in an event, “If you feel that is right for Europe, go ahead – but don’t impose it on the rest of the world where we’re focused on finding and growing the proteins to feed the world,” (sic)

For McKinney, the EU and the US are “certainly on opposite ends of this whole thing.”

He further warned. “This is going to boil to a head, and it’s not going to be pretty,”. (sic)

However, the director for international affairs at the European Commission’s agriculture service (DG AGRI), John Clarke, defended the EU’s position, arguing that it has ‘no choice’ but to move towards more sustainable agriculture. He also said, that EU’s approach is “perfectly legitimate, based on science and not protectionist or discriminatory”.

Now, seems like the EU took it seriously and finally did something that will annoy the US the most. However, as it is said, that in international relations, there are no permanent friends or permanent enemies, only permanent interests. And going to Egypt for help, after being heckled by the US was something EU had to do for its survival.