Madagascar: The forgotten island of Africa 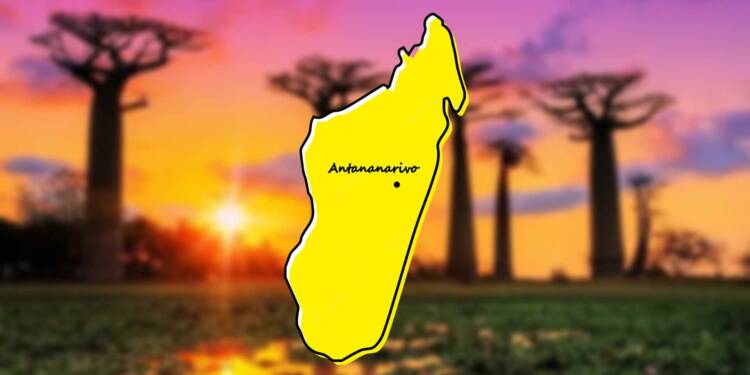 Madagascar, Africa’s largest island, is located in the Indian Ocean, about 420 km (260 miles) east of the coast of Mozambique and is separated from the African continent by the Mozambique Channel. Madagascar shares maritime borders with Comoros, France (Mayotte and Réunion), Mauritius, Mozambique and Seychelles. The fourth-largest island in the world has been isolated for about 80 million years, and many of its plants and animals are unique to the island. The prehistoric breakup of the supercontinent Gondwana separated the Madagascar-Indian landmass from Africa around 150 million years ago. 70 million years later, Madagascar split off from the Indian tectonic plate. Due to its isolation in a remote area of the Indian Ocean, flora and fauna on the island had developed independently.

With an area of 587,041 km², the island is slightly larger than France, or twice the size of the US state of Arizona. The island has a subtropical to tropical maritime climate.

Madagascar has a population of more than 28 million inhabitants in 2021. The capital and largest city is Antananarivo. Spoken languages are Malagasy and French. Christianity is the predominant religion, more than 80% of the population are Christians, but traditional beliefs are deeply rooted in society.

Madagascar is indeed an island paradise in many ways. The country, which is surrounded by gorgeous coasts, has a unique biodiversity that attracts both visitors and naturalists. On fertile soil that also supports big coffee, cassava, and sugarcane crops, Malagasy farmers produce the world’s best-loved vanilla.

Unfortunately, Madagascar’s abundant assets have yet to pull its people out of poverty. Approximately 80% of the population lives on less than $2 per day, and few have regular access to essential utilities such as roads and electricity. Malnutrition and unemployment are both prevalent and persistent, particularly in rural areas.

But the African nation is not without hope. Despite having a 74 percent poverty rate in 2019, Madagascar boasts one of the world’s fastest growth rates. Infrastructure, mining, energy, and tourist investments, both public and private, have aided the country’s recent economic expansion. Madagascar is attracting international investors who are opening enterprises in the country, creating jobs and driving future growth.

Agriculture is the primary industry of Madagascar. Approximately 80% of Malagasy are employed in agriculture, while approximately 86 percent live in poverty. Furthermore, the country is primarily reliant on vanilla exports. The African country is the world’s largest producer of vanilla. As a result, transitioning away from agriculture and diversifying the economy could help promote growth.

The energy sector is more important than tourism. Only 15% have access to power, which is a major hindrance to Madagascar’s economic progress. This holds the country back because energy is one of the foundations of a developed economy. Schools, hospitals, and other structures require power to function properly. As a result, the Madagascar government set a lofty target of achieving 70% energy access by 2030. The country is already on its way to achieving this goal. Groupe Filatex, the country’s largest employer, is constructing four solar power facilities totaling 50 MW.

As of 2019, Madagascar’s total capacity was 500 MW. Groupe Filatex employs more than 15,000 people and will add more jobs in the future to meet the high demand. Lantoniaina Rasoloelison, Minister of Energy and Hydrocarbons, explained that the country’s energy policy for 2015-2030 supports the transition to the energy mix for electricity and lighting. This will include 80 percent of renewable resources.

Mining is yet another area driving economic growth in Madagascar. Madagascar is rich in natural resources such as oil, gas and ilmenite. There are more than one million jobs related to mining in the country. Additionally, 30 percent of export revenue comes from mining. Madagascar is abundant in ilmenite, and monazite. Rio Tinto, an Anglo-Australian company, is one of the large-scale mining companies. About 90 percent of Rio Tinto’s employees in 2018 was Malagasy. Although mining tends to be part of land degradation, Rio Tinto agreed to restore wetlands and biodiversity to its previous state after it completes mining.

Tourism remains an important industry that helped increase economic growth in Madagascar. More than 250,000 people visit the country annually to bring in $748 million in tourism revenue. The tourism industry grew by 20 percent in 2016 alone. Hotel development is one growing sub-category that could potentially add jobs to locals, particularly those seeking higher pay than they receive in the agriculture industry.

A change is in the making?

Within the last two years, international investors such as Radisson Hotel Group and Marriott International have taken notice of Madagascar’s economic progress. Tourism, mining, and energy are three of the country’s fastest growing industries. Furthermore, the government’s goal of boosting electrification is a desirable next step toward developing the country into a developed economy with less poverty and more opportunities. More work in these industries could help to alleviate poverty. Without a doubt, the island is set to play a great role in Africa’s rise.

Marleshwar Temple, Timings, History, Travel Guide and How to reach