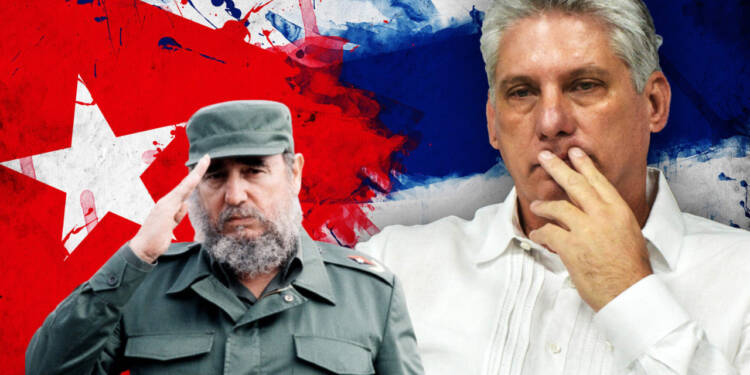 Cuba is an island nation, it comprises of the island of Cuba, Isla de la Juventud and a few other islands. Cuba is situated where the Caribbean Sea, Gulf of Mexico and Atlantic Ocean meet.  Its capital city is Havana.

Christopher Columbus was the first European to set foot in Cuba in 1492. In 1511, it was captured by Diego Velasquez who established several settlements. The native community in Cuba was exterminated due to the diseases brought by the Europeans. The Spanish started transporting slaves from Africa into Cuba in 1526.

The region prospered economically by the late eighteenth century due to sugar exports. In the 19th century, the movement for self-determination gained momentum there. The fight for independence started in 1868 in the wake of a landlord named Carlos Manuel de Cespedes liberating his slaves. From there, the Ten Years’ War began, but it was not successful. Slavery in Cuba was outlawed only in 1886.

In 1895, the Second War of Independence started. In 1898, there was a war between the US and Spain. US military forces invaded Cuba and Spain gave up the control of the territory. A peace agreement was signed, the US took control of Cuba for four years.

In 1924, a man named Gerardo Machado became the president of Cuba. After the end of his term, he refused to relinquish his position. In 1933, Machado’s regime was toppled. In 1952, Fulgencio Batista came to power through and became the dictator of Cuba.

Later in 1959, Fidel Castro set off a revolution in Cuba. After Batista was overthrown, Castro introduced a draconian communist government, banned all the labour unions, outlawed dissent and became the head of the state. Under his rule, Cuba’s economy witnessed poor growth and productivity was stagnant.

Many Cubans escaped the country to the neighbouring US. The relations between Washington and Havana severed.  Eventually, Castro resigned in 2008. But today, Cuba is still under a repressive regime which has no regard for civil liberties and democracy.

Cuba is a socialist nation, the state has outright control over the political, economic and social domains. Castro was the head of the government from 1959 to 2008, he was also the first secretary of the Communist Party of Cuba and chief of the armed forces.

Cuba functions on the constitution of 1976 which was amended in 1992, 2002 and 2019. According to the constitution, the National Assembly of People’s Power has the legislative power, its members serve a term of five years. Cuba is divided into fifteen provinces and within these provinces, there are 168 municipalities.

The judiciary is subordinate to the legislature and executive. The highest court is the People’s Supreme Court and the magistrates are elected by the Council of State or National Assembly.

According to the Pew Forum, in 2010, 59.2% of Cubans were Christians, 23% did not identify with any religion and 17.4% were of folk religion. Cuba is a secular nation, in 1992 the government amended the constitution to declare the state as an atheist.

The official language is Spanish, which is knowns here as Cuban Spanish. The second-most spoken language is Haitian Creole, it is spoken by Haitian immigrants and their descendants.

Any company which employs a Cuban citizen has to pay the Cuban government. In 2013, the average monthly income was $19. But following an economic reform in January 2021, the minimum wage is $17.50. Before the communist revolution, US companies dominated the Cuban market, controlling 80% of the trade. American companies controlled the railroad, oil refineries etc. In fact, most of the food came from the US.

However, following the revolution and before the disintegration of the Soviet Union, Cuba relied heavily on Russia for financial aid and imports, estimated at $65 billion in subsidies from 1960 to 1990. It amounted to between 10% and 40% of Cuba’s GDP. After the fall of the USSR and the subsequent loss of these subsidies, Cuba’s economy experienced an unprecedented crisis, known in Cuba as the special period. The period witnessed a deterioration in GDP by 33% in the early 1990s.

Cuba’s natural resources are sugar, tobacco, coffee, beans etc. While nickel is the chief mineral resource, which in 2011 accounted for 21% of its total exports. In fact, that year nickel production was estimated at 4% of the world’s production.