Canada: Possibly the only developed nation that has zero internet connectivity in rural areas 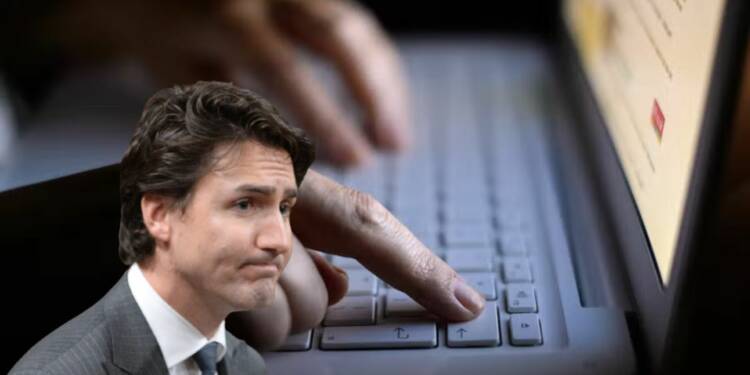 Would you believe if we say Canada is the only a developed nation in the world with zero or negligible internet connectivity in its rural areas?

Well, it is an established fact. The lack of access to the internet has serious implications for rural Canadians. It not only limits rural population’s ability to access vital services, and participate fully in society but also curtails Canada’s digital economy.

Julie Laurin spends $161 each month on internet access at home. She resides in Bonshaw, Prince Edward Island, a rural area only 30 minutes from Charlottetown.

Laurin relies on Starlink, a US-based satellite internet provider run by SpaceX, as it is the only provider, she could find in her location that offers dependable service for high-speed internet at her home in Canada.

Stories like Laurin’s are neither uncommon nor isolated. Rural Canadians have had among of the lowest levels of access to dependable, cheap high-speed internet connection.

They experience some of the slowest speeds, the most problematic connections, and the highest costs. The digital divide, or the difference between those who have access to contemporary information and communications technology and those who have been left behind, is made up of several factors, but one of them is the lack of accessibility, dependability, and affordability of most rural internet service.

Liberal Party of Canada boasts of investing more than $8 billion since 2015, in order to hasten the rollout of wireless service and high-speed internet across Canada.

But does it tell you that a vast portion of Canadian population still is bereft of Internet?

Though the figures may tell you that 93.5% of Canada has access to Canada. People like Laurin are far many who still don’t have high speed internet.

People’s ability to work from home, attend classes from home, manage a business, or simply have a digital existence is based on having a good internet connection.

According to a survey done in 2021 by the Canadian Internet Registration Authority (CIRA), 68% of respondents claimed their bank is the company they interact with online the most. Since 28% of Canadians consulted a doctor remotely in 2021, up from 17% the year before, a reliable internet connection may also affect access to health care.

Additionally, more basic amenities like food and grocery delivery, automobile sharing, social networking, and online booking portals are provided through internet. The need for these services increased during the pandemic.

We’re well aware about the stringent Covid-19 policies by Trudeau administration. It has successfully kept all those people out of Canadian economy. Among Canada’s most potent economic engines is the digital economy. The digital economy grew nearly 40% faster than the broader economy over the last ten years and created almost four times as many jobs.

Rural Canadians are at a significant disadvantage in being employed compared to those who live in urban areas, where access to high-speed internet is much more readily available.

The issue of internet access in rural Canada is not a new one. For decades, rural communities have been under-served by the major internet service providers. This is due to the fact that many rural areas are too expensive and difficult to connect to the existing infrastructure. While some progress has been made in recent years, the lack of access to high-speed internet remains an issue.

According to the Canadian Radio-television and Telecommunications Commission (CRTC), barely half of rural towns nationwide are thought to have access to unrestricted, high-speed internet that satisfies the universal service aim.

That makes up to more than 3,500,000 i.e., 3.5 million of Canadians still without high-speed internet in 2022. Canada is also the one of the worst countries in G7 in Internet speed.

Justin Trudeau administration has failed to curb the digital divide between rural and urban Canada from 2016 as not much has changed. Trudeau government should work to ensure that all Canadians have access to affordable and reliable internet services, regardless of where they live. This could be achieved by working with the major internet service providers to ensure that they are providing competitive and fair prices for their services in rural areas.

Despite Trudeau government’s allocation, the pace has been enormously slow, it must scrutinize the investment in infrastructure projects that will help to bridge the digital divide between rural and urban areas, and ensure that all Canadians have access to affordable and reliable internet services. Only then will Canada become a truly digital nation.

Canadian Automobile industry is being poisoned to slow death!