The true scale of homelessness is being grossly undercounted in the official estimates, experts say, leading to a chronic underfunding of programs designed to help unhoused people 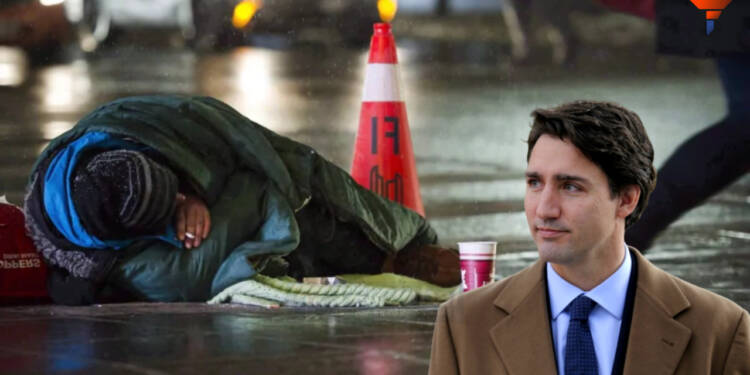 Homelessness in Canada: Approximately 235,000 Canadians are homeless. Unfortunately, this number has been rising continuously over the years. It’s important to mention that it’s difficult to correctly count all the dispossessed in a given country or region. Many are so-called hidden homeless (staying with friends temporarily or living in squats) and don’t factor in official figures, thus making results unreliable.

The true scale of Homelessness in Canada is being grossly undercounted in the official estimates, experts say, leading to a chronic underfunding of programs designed to help unhoused people.

Canada has simultaneously witnessed a dramatic spike in homeless deaths. In 2021, 247 homeless British Columbians (B.C.) died — a 75 per cent increase over the year before. New data from Toronto Public Health found that the city’s homeless death rate has doubled in just the last three years.

According to a Leger poll, more than half of Western Canada report that “homelessness makes me feel unsafe in my community.” In B.C., the sentiment was shared by an overwhelming 70 per cent of respondents.

To be honest, the Trudeau government is an expert at making extravagant and costly promises, those, years later, turn out to be inflated and under-delivered.

In this scenario, when it launched its $78.5 billion national housing strategy in 2017, it committed to cut chronic homelessness in half by 2027-28 and by roughly a third, 18 months later.

Instead, Karen Hogan, the auditor general, revealed that the departments in charge wasted billions of dollars while the number of people on the streets may well be increasing.

Furthermore, the Trudeau government has frequently boasted about the massive money granted by them to address the escalating crisis, but has provided no responses when asked about the considerable results following the succeeding distribution of funds. When questioned where the funds were actually spent, as the number of homeless people continues to rise, the housing minister blamed the epidemic for the inability to track whether the money was being used wisely.

While Trudeau shows indifference towards the misery of his own populace, a political backlash is already underway. In British Columbia (B.C.) municipal elections, a wave of centre-right mayors were elected across B.C. largely due to their promise to aggressively tackle the issue of crime, public disorder and Homelessness in Canada.

The Leger poll similarly revealed a Canada populace that is fed up with the crime and disorder wrought by rising homelessness — but simultaneously feels responsibility and compassion for the people caught within it.

Now, what are the most unpopular strategies to address homelessness? Police clearances of encampments, and using buses to ship homeless people out of town— the very dictatorial measures that the so-called “Liberal” PM deployed against the crises.

As homelessness and addiction worsen, even progressives are questioning if the problem will ever be completely addressed without more proactive methods to get homeless individuals off illicit drugs and into managed mental health therapy. Canadians have grown tired of their Prime Minister’s condescension and vanity. It is only a matter of time before Trudeau’s narcissism is extinguished once and for all by depriving him of power.

After eight years of unwanted whining, Trudeau has officially lost the F-35 debate