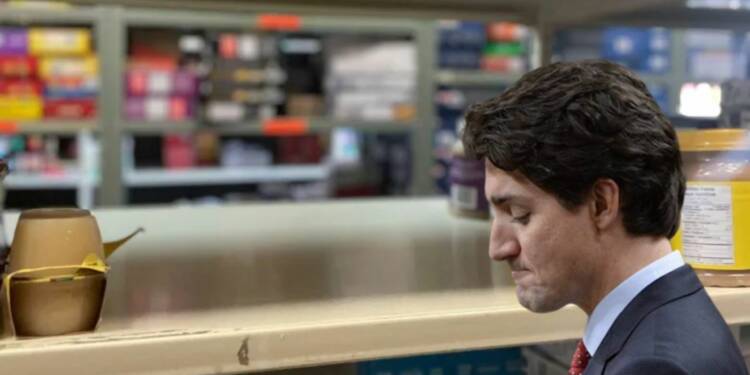 Currently, the country is dealing with a number of issues, including those with housing, food, and health.

A record number of people are using food banks in Canada, with high inflation and low social assistance rates cited as key factors on the rise, according to a new report.

The report said the skyrocketing cost of food and housing, as well as high inflation and low social assistance rates, have contributed to the rise in food bank usage.

The effectiveness and ethics of charitable food banks dispersing extra food as a remedy to widespread domestic famine and Canada’s broken social contract, on the other hand, remain elusive.

After 40 years, food banks are still doing nothing to help the majority of Canada’s almost 6 million hungry people.

They were intended to be transitory, a fast cure for those who had fallen on hard times following the 1981 economic downturn.

However, by Christmas 1986, British Columbia had more food banks than any other province. Even then, the director of the Greater Vancouver Food Bank (GVFB), the province’s largest, was trying to keep the organisation from becoming a permanent institution.

What had started in December 1982 as “an idea and six cans of leftover soup” had already evolved into a moral dilemma — feed desperate people now and risk upholding a broken system, or stand by and do nothing.

While such programmes may provide short comfort to certain people, the paradigm has been a colossal failure.

Research has shown most hungry Canadians never use food banks, even as a last resort. By 2016, roughly 100,000 people accessed food banks in B.C. out of over 500,000 people who lived in food-insecure households.

Besides, a study found that 4.4 million Canadians (an increase since 2012) reported living in food insecure households, including 555,700 British Columbians (that’s 12.4 per cent of the population). Alarmingly, these figures are underestimates. Those living on First Nations reserves, Crown lands and homeless people are excluded from the survey.

There is little evidence that food banks offer a solution to Canada’s major food insecurity problem.” For good reason: it is largely an “income issue, not a dietary issue.”

Food banks in the United States serve as a moral safety valve, allowing the public to assume the problem is being addressed while allowing politicians of all shades to ignore their human rights commitments. Regardless of how well-intentioned, the sheer magnitude of the problem is beyond the capacity of humanitarian food banks.

In the Longer term, food security for all must guarantee an appropriate universal basic income, which is presently being trialled inadvertently by the Canada Emergency Response Benefit. Food is currently recognised as a basic human need and fundamental right by public policy: we all require steady wages in order to feed and pay the rent. Food handouts are neither effective nor sustainable, and they are an affront to human dignity if we are all in this together.