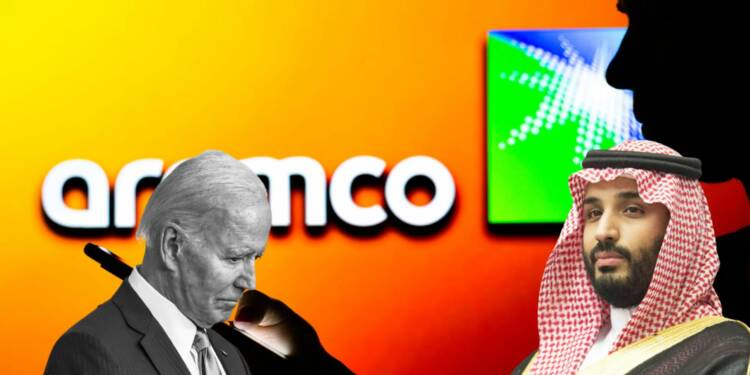 Saudi Aramco: The African “oil rush” is a well-known phenomenon now. After the Russia-Ukraine war the West has turned to resource-rich Africa for alternative sources of energy. Many African countries are blessed with vast oil reserves and the West desperately wants access to these oil and gas reserves to secure its supply chains. Not so long ago, Kenya too joined the ranks of oil-exporting countries in Africa. Its fuel lubricants market is currently dominated by multinational firms from the West. Multinationals like Shell, and Total control majority of the local lubricants market. However, now new market players are entering the market and the influence of the west is nearing its end.

Saudi Aramco which is the world’s largest oil firm has now acquired the Kenyan operations of VGP holdings as part of a global deal worth $2.65 billion.

This acquisition by the Saudi Arabia state-owned oil producer is bound to send shock-waves in the Kenya’s lubricants market, as till now it was only dominated by the multinationals from the West.

Saudi Aramco is the largest oil company in the world and the second most valuable after Apple with a market capitalization of $1.82 trillion.

It is expected that Aramco’s unit will seek a larger share of Kenya’s lubricants sector and is also expected to tap new markets, including fuel importation.

This development comes after the US-OPEC spat over oil. The US had warned of “consequences” after Saudi-led OPEC had sharply cut oil production, driving up prices just before midterm elections in the US.

The US tried but failed to persuade OPEC to ramp up oil production, after which Biden had to reverse his 2020 campaign promise to make Saudi Arabia a “pariah” over its human rights record. Biden was thus snubbed by Saudi and this marked a new low in the US-Saudi relations.

Saudi oil firm is “buying” US influence in Africa

US Valvoline deals in lubricants such as brake fluids, gear oils, greases and transmission fluids.

A small club of dealers, mainly the multinationals like Vivo, Total Energies and Rubis, dominate the local lubricants market due to their vast footprint of retail stations across the country.

Consumption of lubricants in the local market has been growing over the past years, according to data by the Petroleum Institute of East Africa (PIEA) with market players fighting to capitalize on the rising demand. Saudi Aramco first disclosed its intention to acquire Valvoline Global for $2.65 billion in a deal that the Saudi oil firm says will boost its efforts for a wider distribution network. Now, with its acquisition of the US Valvoline which has a local presence in the market, it will ride on its influence and distribution network to capture the market.

The Saudi Arabian government owns 94.2 per cent of Aramco.

Having a reliable distribution network is extremely important for any new player in a market. It offers a strong competitive advantage apart from other benefits like reduced costs, wider customer reach and faster growth.

With the acquisition of Valvoline, Aramco has not just bought the distribution market of the company but also the influence of the company over the market. US’ intentions to capture the market led to companies like Valvoline capturing the supply chains but now Saudi Arabia has jumped into the war of influence. After Saudi Arabia’s entrance in the African oil market it will be interesting to see that how thing turn and who wins this war of influence.