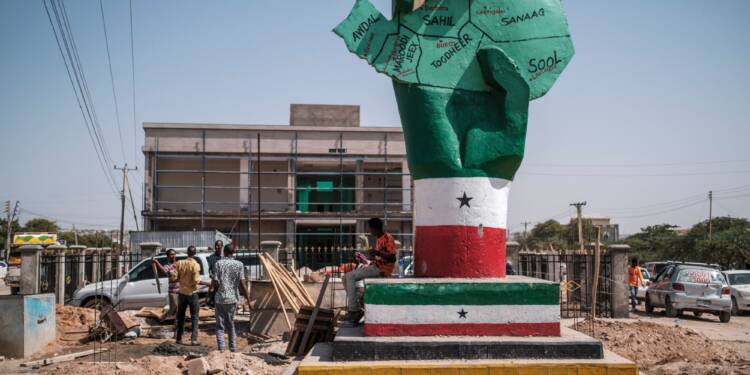 Our world has seen huge changes in political and governmental institutions, international relations, the economy, women’s and men’s rights, and social organisations and relationships over the last 500 years. However, the plight of the poor and helpless worker has not changed. Throughout recorded history, industrialised nations and cultures have profited on the free or inexpensive labour of conquered territories or the oppressed around the world.

Exploitation by powerful imperialist western nations created the new international order beginning in the 16th century, resulting in widespread exploitation of native communities and the brutal treatment and deaths of millions of people. Despite the fact that much has changed since then, the industrialised world’s continuous exploitation of so-called “third world” countries has not.

Western MNCs’ predatory tactics prevent developing nations of Africa  from sharing equitably in the benefits of their own natural resource wealth, which eventually jeopardises their efforts to pursue emancipatory economic and social development policies.

The exploitation by Western nations is pervasive throughout the African continent. In numerous African nations, incidences of employees, including pregnant women, being transported in open trucks, resulting in accidents and fatalities, are quite frequent.

One of the concerns highlighted by many ordinary Africans is that fines are rarely imposed on foreign multinational firms that violate their respective country’s national labour code. Corrupt government authorities typically ignored the unethical practices of Western corporations. However, this is no longer the case. African countries are beginning to recognise the unethical role that transnational firms play on their lands.

The oil ministry said it was the only institution legally authorised to grant permits in Somalia.

“Any authorisation granted in violation of Somalia’s laws and regulations is unlawful and would be considered null and void,” the oil ministry said.

This case also has broader geopolitical implications. As you can see, tensions remain high between Somalia and Somaliland. Somaliland’s political position in light of its 1991 proclamation of independence, which Somalia opposes, remains a source of conflict. As a result, the latest incident is a show of strength on Somalia’s part in order to protect its territorial integrity.

Furthermore, Somalia has long been on the verge of being influenced by the America-led Western bloc. For a long time, the US military has been stationed in the African country. The United States is the greatest single supplier of aid to Somalia, allowing it to intervene in the African country’s domestic affairs.

Thus, condemning a UK-based corporation for “illegal” operations could be interpreted as an attempt by the African nation to transcend American hegemony in both local and global issues.

Make no mistake: this is a microcosm of Somalia’s larger plan to retain sovereignty and challenge Western supremacy in Africa. According to recent reports, Somalian military members are undergoing military training in Eritrea to better combat the Al-Shabab threat at home. Somalia has also begun to strengthen ties with Russia and its supporters.

Not to mention, the current decision will provide a ray of optimism for many Somalis. As they see their government taking action against the fraudulent Western businesses, they will definitely develop trust and public confidence. Previously, it was common to observe how vulnerable most African regimes were to MNC influence. Most multinational corporations (MNCs) conducting business in African countries participated in hostile acts in the host countries that violated the rules and regulations governing their operations. Furthermore, Somalia was prohibited from taking real action against these bogus enterprises due to Western influence. However, recent examples of government regulating business activities would not only prohibit these firms from enslaving Somalis, but would also play an important role in protecting the national interests of the African nation.