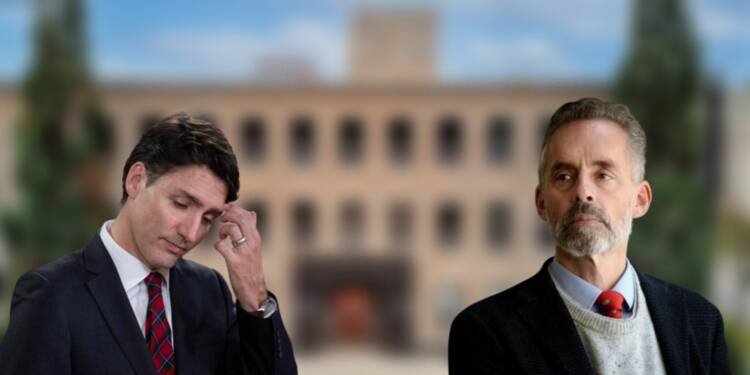 Canada, under the leadership of Prime Minister Justin Trudeau, is extending its political interests to such an extent that now it is even willing to harness the freedom of speech and go even beyond the democratic constitution of Canada which guarantees that all citizens can have an opinion. Since Mr. Trudeau assumed office in 2015, this is yet another incident where the government’s fear of leaving office has come true, this time it feared an intellectual of the University of Toronto, Psychologist and Author Dr. Jordan Peterson. This shows Canada’s decreasing standards of governance and the limits to which the government can go.

Dr. Jordan Peterson, a Canadian psychologist, and the author could lose his license to practice clinical psychology because he shared political posts on social media. Peterson was disciplined by the College of Psychologists of Ontario, which oversees the profession in his home province and regulates it. Peterson shared political tweets on Twitter. Jordan B Peterson claims his retweeting of posts about Prime Minister Justin Trudeau, Leader of the Conservative Party Pierre Poilievre, Trudeau advisor Gerald Butts, and New Zealand Prime Minister Jacinda Ardern, among others, got him into trouble with the College. In an effort to “modify his objectionable behavior,” the College has mandated that Jordan B Peterson undergo mandatory retraining in social media communication. It is unclear what aspects of the Tweets or their dissemination may be in violation of the College’s Code of Ethics.

Jordan B Peterson said,“Canada has been given over to the commissars,”, “something I never thought I’d see in my lifetime.” He says he’ll make the issue public in the days ahead.

Jordan B Peterson is not being asked to rethink his online actions towards a fellow psychologist; rather, he is being asked to participate in social media training because of his political statements. Peterson asserted that no individuals who have filed complaints are customers or have any connection to customers. Although Peterson hasn’t hurt them personally, they want to punish the good doctor.

In 2023, this is Canada, a nation that supports free speech but intends to prevent its citizens from exercising that right. Although organizations like the College of Psychologists of Ontario aren’t part of the government, they are regulated and sanctioned by the government. They have been given the responsibility of administering professions on behalf of the provincial government through legislation. In April 2017, For the first time in his academic career, Jordan B Peterson was also turned down by the Social Sciences and Humanities Research Council of Canada for a federal research grant. Bill C-16 surrounding gender, pronoun use, freedom of speech, and the rights of transgender and gender-diverse Canadians haven’t gone well with Dr. Peterson.

According to Jordan B Peterson, the new law forces speech that is allegedly invented to have a political connotation, and is anti-scientific, whereas the country’s hate speech laws have previously restricted speech.

Also Read: Meet Jasmine Zine, whom the Trudeau and company is financing to spread antisemitism in Canada

Canadians frequently refer to their fundamental right to free speech. But this is a case where Canadians mistake themselves for Americans, as with many other misconceptions. The Charter of Rights and Freedoms guarantees “freedom of expression,” but there is a significant omission. This freedom is explicitly subject to “reasonable limits” in the Charter’s preamble. The other section of the Charter also says that provincial governments can take away any freedom they want, as long as they say so publicly.

In 2017, Prime Minister Justin Trudeau on World’s Press Freedom Day stated that Canada widely respects press freedom and rights but his actions suggest something different. Press freedom was protected by the Canadian Charter of Rights and Freedoms during his father’s time as president. Legal media protections have made slow progress after more than 30 years. The Canadian media are subjected to intrusive surveillance, the possibility of imprisonment, and government obstruction for carrying out their duties.

According to a Reporters Without Borders (RSF) annual index, press freedom in Canada has decreased significantly. Journalists can be criminalized, even though journalism is not a crime. This was never more evident than when journalist Mohamed Fahmy was wrongfully convicted and given a seven-year prison term in Egypt’s maximum-security prison. In the World Press Freedom Index conducted by RSF in 2017, Canada came in at number 22 out of 180 nations, down four spots from 2016.

Canada has reached an alarming stage where the freedom of speech is not so free as it might seem. Imagine having eyes and not seeing, having a voice but not able to speak, having ears but not able to hear, such is the case of Canadians under Justin Trudeau. The Canadian constitution and laws have been “personalized” by the government, exceeding the spirit of democracy.