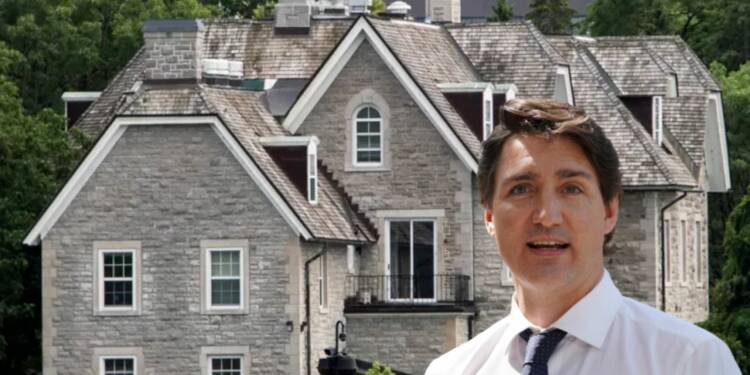 “Nero Fiddles while Rome burns”, a famous Roman line that perfectly implies the current Canadian situation under Justin Trudeau’s governance. Canada received largest migrants in the year 2022 while the major cities such as Ottawa, Toronto etc. were still having difficulties in housing its current population. Instead of dealing with this situation, the people’s prime minister aims to renovate the 24 Sussex Drive, official Canadian PM residence while thousands sleep on streets.

Because of concerns regarding the declining condition of 24 Sussex Drive, the traditional residence of the prime minister, Justin Trudeau and his family have lived in a cottage on the grounds of Rideau Hall, the official residence of the Governor General, since he became Prime Minister in 2015.

Mr. Trudeau has previously stated that the lumber baron’s home at 24 Sussex Drive, built in 1887 and 1888, has been neglected by multiple generations of politicians and prime ministers and is “in terrible condition.” The National Capital Commission, which oversees official residences in the Ottawa region, has documented the property’s decline as a result of neglect and estimated that proper renovation would cost $36.6 million.

The NCC stated in a report from 2021 that the areas of the residence that have been designated as state or official spaces are neither appropriate for serving official functions in terms of layout nor condition. 24 Sussex Drive could be improved, according to some arguments. The Ottawa-based architecture firm MTBA Associates made one proposal that called for an overhaul of the house and the addition of a secondary building that would house offices, meeting rooms, and a dining area for the prime minister’s official needs.

The Prime Minister’s living space enhancement policy decisions are always difficult. This is especially true right now, when there is a heated debate about affordability. This topic has been a common source of irritation for successive prime ministers, with each PM inheriting their predecessor’s lack of action. The fact of the matter is that the political consequences will likely be the same no matter what the next step is—upgrading 24 Sussex to current standards or building something new.

Also Read: The pathetic treatment of Jordan B Peterson proves that Trudeau’s fear is real

Politicians in Canada simply don’t get it when they use public funds to pay for fancy room service, hotel upgrades, or home renovations. That is generally a positive democratic quality. We expect elected officials to keep their spending under control, not indulge themselves at the expense of taxpayers. However, when it comes to 24 Sussex Drive, these sound instincts have become irrational. Mr. Harper lived there but refused to make the necessary renovations, and Mr. Trudeau refused even to move himself and his family into a place that was a fire hazard and a literal firetrap. Instead, he is stationed in Rideau Cottage, the former residence of the governor-general’s private secretary. Since he was first elected in 2015, he has been in charge of overseeing renovations and enhancements to security that have cost $3.6 million.

What a terrible plan to demolish 24 Sussex, in the name of convenience, to substitute an ostentatious office for a historic piece of art. like getting rid of the Mona Lisa so that a digital screen can fit. Stone mason artists, historical events, and the people who have lived there all contributed to the creation of this stunning piece of Canadian history.

Day-to-day maintenance—typically an ongoing operating expense—is not always sufficient, despite the fact that the federal government has been allocating resources for major overhauls and new treatment plants—large but infrequent capital investments. After initial investments are made, it is important to give local leaders the authority to make sure that resources are available to keep plants safe and reliable. The absurdity of it all is that Canadian taxpayers are, and probably always will be, paying for rather amusing whims and fancies of the prime minister. However, Mr. Trudeau is aware, for obvious reasons, that 24 Sussex would have been in the news if the money spent on Rideau Cottage had been used to fix it instead.

That might be the long-term answer to the question of where the PM ought to live, and it would be very Canadian. However, either restoring 24 Sussex Drive or tearing it down and rebuilding would be preferable. It would have been perceived as self-promotion by many Canadians. Knowing your voters is often the only thing that matters in politics. Yet another time, Trudeau’s governance seems to be trembling and struggling to keep up with promises made to Canadians which will show its consequences in 2025 as Canadians chant a revised version “Trudeau Go back”.