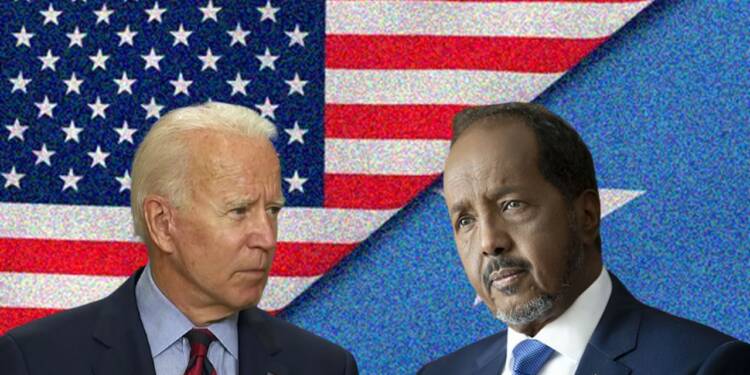 The conflict between Somalia and Somaliland has been going on since 1991. The dispute had last escalated into armed clashes in 2018. Since then, the situation was more or less calm. However, recently once again violent clashes erupted in Somaliland where 20 people were killed, thanks to UK’s interference. This came after Somalia called out UK’s “illegal claim” to oil exploration and exploitation rights in Somaliland. Thus, now it seems after Somalia undermined Western hegemony, the Biden administration has decided to punish the nation by adding fuel to the fire in Somaliland issue. Let’s discuss.

Somaliland has been demanding independence but is internationally unrecognized so far. However, it is an autonomous region with an independent government and democratic elections. In 2020, the UK along with a few other European countries approved four agreements with the government of Somaliland to improve critical infrastructure to support economic growth. It thus undermined the territorial integrity and sovereignty of Somalia.

Recently once again it witnessed armed clashes after Somalia rejected an “illegal claim“ by a British company Genel Energy to oil exploration and exploitation rights in the country’s Somaliland. The government of Somalia has made it quite clear to the west that the government sitting in Somalia, is the only one legally authorised to decide about allocation of oil exploration rights, and that it will not let its sovereignty be undermined.

However, Somalia standing up against its predatory tactics haven’t gone down well with the West and it was only natural for it to retaliate and bully Somalia for its “audacity”.Now it seems US has come with a plan to add fuel to the fire.

US adding fuel to crisis

In it’s attempt to bully Somalia, now US Congress has urged Pentagon to deepen security partnership with Somaliland as per a report.

This change of stance is significant as the White House denied Somaliland an invitation to last month’s US-Africa Leaders Summit. With this the US has practically marked a departure from its “One Somalia” policy and has made an awkward attempt to appease the de facto state of Somaliland. This sudden change of stance raises a lot of questions regarding the real intentions behind such a decision.

With this the US has for its own selfish interests sacrificed peace and stability in Africa once again. It is well-known that the declining credibility of the West and a significant rise in pro-Russia sentiments in Africa has become a nightmare for the US. Therefore, it has now become important for the US to somehow stay relevant in Africa even at the cost of instigating chaos and conflicts.

Thus, this is nothing but another US tactic to arm-twist Somalia while at the same time appease Somaliland, which the US now considers a reliable partner in the unstable region yet a strategically very important region which the US has always wanted to control.

The West’s interference in Africa has created more problems than solving them. Once again, the US actions are bound to have serious consequences for Somalia. The recent clashes that erupted after Somalia called out UK’s “illegal claim” wasn’t an encouraging sign and if anything, now the US has only added fuel to the fire.