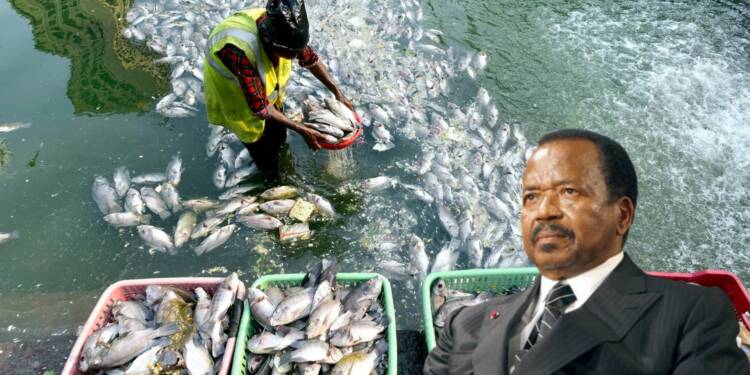 Cameroonian fishery products: Cameroon is a Central African Country of varied terrain and wildlife. Like most countries in Africa, addressing illegal fishing and fisheries crimes is challenging for Cameroon. The country depends heavily on the fisheries sector. However, illegal fishing has resulted in depleted fish stocks. This has already affected the livelihoods of many Cameroonians. Now, the country’s economy is set to receive another blow, thanks to EU. Let’s discuss.

The European Commission on Thursday banned imports of seafood caught in Cameroon’s waters, or caught by ships flagged there, and it labeled the central African country as “non-cooperating” in the fight against illegal, unreported and unregulated fishing.

As per the report, the commission gave Cameroon a so-called “red card” and said EU member states would turn away seafood shipments from Cameroon even when it has catch certificates validated by the national authorities.

Cameroon is one of four non-EU countries that are currently on the commission’s “red card” list, alongside St. Vincent and the Grenadines, Comoros and Cambodia. The country has in recent years emerged as one of several countries that offer “flags of convenience” where companies can, for a fee, register their ships in a nation that has no links to the vessel.

The European Commission said illegal, unregulated and unreported fishing is “one of the most serious threats to the sustainable exploitation of living aquatic resources.”

Thursday’s ban by the commission comes nearly two years after it urged Cameroonian authorities to step up its action against illegal fishing.

The Commission estimates as much as 26 tons of fish are caught illegally each year, comprising about 15 percent of the world’s total catch. Illegal, unreported or unregulated fishing is worth between 10 billion and 20 billion euros each year.

Millions of Cameroonians depend on fishing for their livelihoods. In a report, the Ministry of Finance says that the fisheries sector contributed 3% of Cameroon’s US$39 billion gross domestic product (GDP) in 2019. Marine capture fishing operations account for 83% of fish production in the country. Nearly 80% is from marine small-scale fisheries. This supports the livelihoods of millions of Cameroonians especially women who mostly depend on fish trade for their livelihood.

However, the sector faces many challenges. Illegal, unreported and unregulated fishing has robbed the country of billions of dollars of revenue and depleted fish stocks while affecting lives of millions.

Thus, the ban put in place by EU Commission on Cameroonian fishery products is going to adversely affect an already suffering sector in Cameroon. This is going to have serious implications for the Cameroonian economy which heavily depends on fishing. Firstly, with the ban in place on the imports of seafood caught in Cameroon’s waters, the country is going to lose out on an important source of income, where millions of Cameroonians are dependent on for a living. Secondly, because of the ban it is likely that the Cameroonian fishery products would be sold in illegal markets at lower prices to evade getting caught. This is in all likelihood going to benefit only the rich western countries that are going to take advantage of this while Cameroon’s economy suffers and its fishing communities lose an important source of earning. Previously, we have told our readers how the US dominated WTO is legalizing illegal fishing all across the African coastline by securing agreement on fisheries subsidies that forbids member nations from supporting over-fishing and illegal fishing. The recent EU Commission ban on Cameroonian fishery products also looks “fishy” and could end up benefitting the Western rich nations while putting Cameroon at a considerable disadvantage.