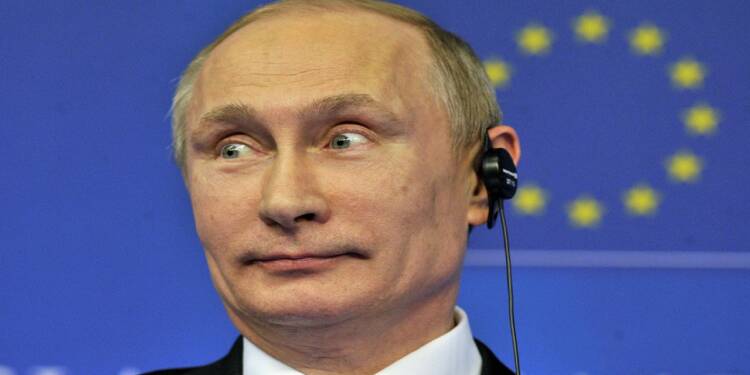 Death of Russian oligarchs: Although being a Russian oligarch has many benefits, it also appears to be quite likely that they will be engaged in a deadly accident. We don’t claim it, 2022 has proven it. If you are a Russian oligarch, the probability of you getting into an accident increases when you’ve links to the energy industry. And, it increases dramatically when you are opposing Vladimir Putin’s invasion of Ukraine.

But, that’s not all, many with close ties with the Russian President have also faced the similar fate.

Let’s unravel the mystery of these deaths. 2022 was a deadly year for Russian oligarchs. At least 30 Russian businessmen and executives had died in apparent accidents or suicides, including several close allies of Vladimir Putin. High-ranking officials from some of Russia’s biggest oil corporations, including Lukoil, Novatek, and Gazprom, included the majority of the fatalities.

Let’s examine the fatalities at gas tycoon Gazprom, the largest natural gas firm in the world. The first death was that of Leonid Shulman, almost a month before the Ukraine war, who oversaw the transport department at Gazprom Invest, which manages investment initiatives for Gazprom.

Then, on February 25, the morning after Putin’s invasion of Ukraine began, a senior manager at Gazprom, named Alexander Tyulakov, was discovered dead in the garage of his St. Petersburg residence. According to the Novaya Gazeta newspaper, it was a suicide, but it was unexpected and surprising that Gazprom made no public announcements regarding Tyulakov’s death. Then in July, Yuri Voronov, CEO of Astra Shipping, a subcontractor of Gazprom in Arctics was found dead floating in his swimming pool with a gunshot wound on his head.

Now, let’s take a look at Lukoil, Russia’s second-largest oil producer, which had publicly criticized Russia’s invasion of Ukraine. Alexander Subbotin, who passed away in the home of a Jamaican spiritual healer, was the first victim of Lukoil in May. Some say that he died from a drug-induced heart attack while others say he died from toad poison. In September, Ravil Maganov, the chairman of Lukoil, fell from a hospital window in Moscow and died.

Now, take a look at Novatek, Russia’s second-largest natural gas producer, only behind Gazprom. On April 19, the bodies of Sergey Protosenya, the organization’s former CEO, his wife, and their daughter were found in a vacation home in Spain. According to the Catalan police body Mossos D’Esquadra, their main belief is that Protosenya killed his wife and daughter before turning the knife on himself. Novatek’s statement, however, seemed to imply that the theory that Sergey was to blame for the fatalities had “no relation to reality.”

Now, let’s take a look at some others Russian oligarchs.

Just a day earlier than Protosenya, Vladislav Ayayev, the former vice president of Gazprombank was found dead with his wife and daughter. According to Kommersant daily, Avayev shot both of them before shooting himself.

Then there is Dan Rapoport, a critic of Putin and a supporter of Alexei Navalny who was found dead in Washington DC after a possible fall from his high-rise apartment building. The police ended the investigation but failed to provide an explanation for his death.

Next is, Anatoly Gerashchenko, a Russian expert in aviation and former head of Moscow Aviation Institute i.e., MAI who passed away in September at the offices of his company after falling down multiple flights of stairs. He had won several government awards and was lauded in Russia.

Next is Vladimir Lyakishev, former co-owner of the Bratya Karavayevi restaurant chain who was discovered dead on his home’s 16th-story balcony in May. Lyakishev was found with a gunshot wound on his head.

The latest was Pavel Antov, Russia’s sausage tycoon, who fell out of a window of a hotel in the Indian state of Odisha. He was also one of Russia’s richest politicians.

The list is long but 13 of them have either died by suicide or have fallen from heights. According to three experts that Vox consulted, “The number of [deaths] seems higher than random chance would suggest, but that doesn’t mean that it’s all part of the same story. Some of them really could be suicides or accidents. Some of them could be murders.”

In light of all this, one theory contends that some of these deaths were actually accidents and suicides, but the other theory says that behind these mysterious deaths is the long hand of the Kremlin. Further, some of the murders also show that the CIA may be behind them as renowned Russians who have helped Russia’s aviation and exploration of gas have also been found dead. Another theory says that business rivalries have turned deadly in several cases.

But, in a broader view, one cannot be certain. The deaths are odd on their own and very mysterious as a cluster. The continuous death of Russian oligarchs raises serious questions to which only the future withholds the answer.