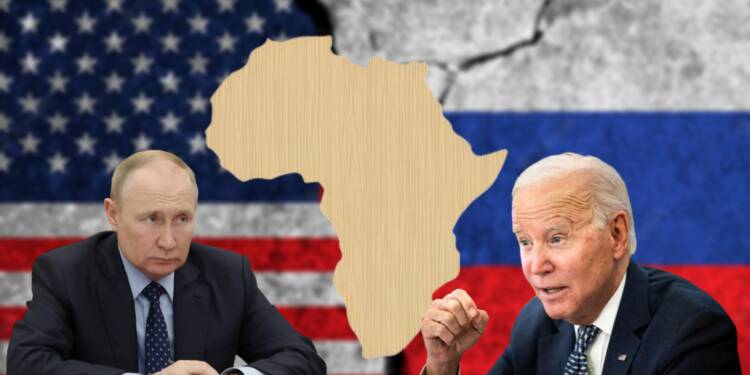 The violent extremism in the Sahel region has been going on despite the West’s intervention or the UN peacekeeping missions. Many Western countries deployed their troops in the Sahel region but failed to contain the violence. Gradually now the tables have turned against the West. There is a perception battle that the West must not fight in Africa as its credibility has taken a blow among Africans. The West has also attracted allegations of furthering neo-colonial agenda to fight insurgency.  Among many factors, it is also for this reason that many African countries are now turning to Russia and its Wagner group to fight the insurgency. However, Russia’s rise in the region is a huge threat to US dominance and further a “cat-fight” has begun where both sides are blaming the other for the violent extremism in the Sahel region.

The US has accused Russian mercenaries backed by the Kremlin of interfering in the internal affairs of African countries and “increasing the likelihood that violent extremism will grow” in the Sahel region which is facing increasing attacks and deteriorating security. However, the allegation has been denied by Russia.

Further, as per the report the U.S. deputy ambassador Richard Mills also lashed out at the Wagner Group at a U.N. Security Council meeting on West Africa and the Sahel region, accusing its paramilitary forces of failing to address the extremist threat, robbing countries of their resources, committing human rights abuses, and endangering the safety and security of U.N. peacekeepers and staff.

France’s political counsellor Isis Jaraud-Darnault also joined Mills in accusing Russia of its “failure” to fight insurgency. According to France’s political counsellor, “the model” used by Russian mercenaries has proven “totally ineffective in combating terrorism.” He cited the “nefarious” and devastating impact of its work and human rights violations, including the alleged killing of over 30 civilians in Mali, and its pillaging of natural resources.

Britain’s deputy U.N. ambassador James Kariuki also cited the deterioration of security in African countries like Mali, Burkina Faso, Nigeria, and the Lake Chad Basin and blamed the “destabilizing role” of the Wagner Group in the region.

Furthermore, Russia’s deputy U.N. ambassador Anna Evstigneeva accused the West without naming, of doing the same thing throughout the world and in Africa. She termed the accusations against Russia as “astonishing” and asserted that they undermined African leaders trying to resolve their problems and decide whom they want to cooperate with.

This has popped up at a time when Western military interventions and years of UN peacekeeping missions have failed to eradicate the threat of insurgency in the Sahel region. Recently, France ended its military mission in Mali amid a growing Russian presence. France is also wary of losing Burkina Faso to the Russian camp, especially after strong anti-France sentiments have grown in the country. This catfight has begun as Russian presence has significantly grown in Africa and the Western countries like France have been virtually driven out of the Sahel region.

The growing influence of the Wagner has rattled the West and it believes that the Russian mercenary group could be behind fuelling the anti-West sentiments across the African continent.

The violence in the Sahel region has however never stopped and has created grave security and humanitarian challenge in the region.

According to Secretary-General Antonio Guterres’ latest report issued this week, over 18.6 million people in the region are experiencing “severe food insecurity,” an increase of 5.6 million since the end of June 2022, with Burkina Faso, Niger, and Nigeria being the hardest hit. And about 6.3 million people are displaced across the Sahel region, an increase of 300,000 since June.

The unrelenting wave of coups in many African countries like Mali, Guinea, and Burkina Faso has also exacerbated the security situation further in Africa. The war of words thus was inevitable at a time when the Western influence in Africa has received significant challenges from Russia. In the coming years, this catfight is only likely to intensify. It is however necessary for Africa to take decisions in its interests and at this time forging greater regional cooperation to fight their internal issues seems to be a viable option for African leaders.