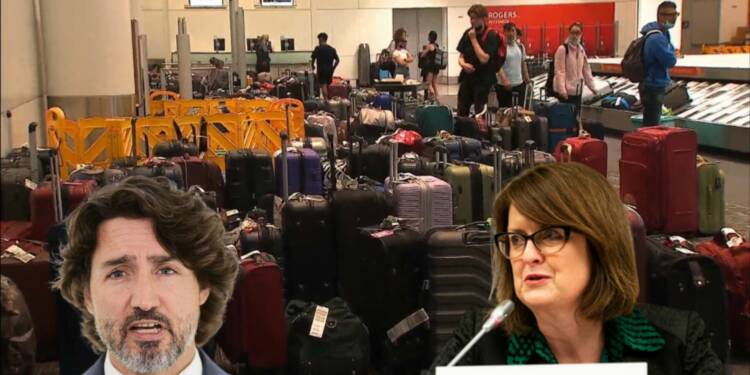 Canada faces yet another challenge in its fragile governance and yet another time, it is upon the citizens to compensate with such failures. The airline sector seems to be surrounded now with allegations of not performing adequately and failing to meet the standards of air travel in Canada.

Trudeau’s liberal government has often deprived the nation of accessing to good facilities and acted in self-interest to build an empire of its own. This time, his puppet is CTA (Canadian Transportation agency) which has been piled up with thousands of complaints regarding air travel but seem to be frozen in Canadian winters.

The Canadian transportation agency, under Parliament’s authority, in accordance with the Canada Transportation Act and other legislation, makes decisions and determinations on a wide range of air, rail, and maritime transportation issues. An agency of the federal government that falls under the Transportation and Infrastructure portfolio. But clearly, apart from words, the actions lag on its behalf.

Although Canada’s terrible airline performance is not unique, it ranks first in the world. In an effort to save hundreds of millions of dollars, Air Canada temporarily laid off 16,500 employees in the spring of 2020. After that, in January of 2021, the business laid off an additional 1,400 workers and received significant federal support—more than $500 million in total through the federal wage subsidy alone. Despite persistent coronavirus cases, travelers’ dissatisfaction with early-pandemic screening measures increased as they returned to pre-pandemic modes of transportation. Travel issues were attributed to those measures. Some of them were suspended by the government. There was no improvement.

Canada’s government claims to be on the case, launching a hiring campaign and attempting to streamline airport procedures. These actions have so far been insufficient and too late. There is still a problem in the long run, even if these strategies work, which there is no guarantee they will: Workers are getting older, underpaid, overworked, and mistreated.

The flight tracking service FlightAware ranked several Canadian airports as the most delayed in the world during the summer. In light of this, many people sought relief from the Canadian Transportation Agency (CTA), a regulator whose responsibility it is to protect consumers. The Canada Transportation Act mandates the CTA to enforce the Air Transportation Regulations.

Many people wondered what the regulator would do to fix the problems with delays at Canadian airports.

The response? in essence, nothing at all. Despite the numerous horror stories of travelers unable to obtain refunds, the CTA did not even penalize any airline for failing to provide refunds to customers for flight delays and cancellations in accordance with another set of regulations, the Air Passenger Protection Regulations. A lack of enforcement is one part of the solution, and it is not unique to the CTA. The “Freedom Convoy” taught us all, as most Canadians are aware, that laws are only as good as they are enforced. Too many of Canada’s enforcement and regulatory watchdogs have, regrettably, displayed trepidation toward the corporate actors they are supposed to regulate.

The CEO of the Canadian Transportation Agency, who is in charge of resolving disputes pertaining to the Airline Passenger Bill of Rights, claims that the agency has never imposed a fine on an airline for failing to compensate customers when they should have.

The government, on the other hand, has relied on the industry to self-regulate by agreeing to support one another in the event of a future outage. Finally, there must be an end to the culture of announcing new laws with much fanfare but rarely being implemented. The government needs to get serious about making use of the laws that are already in place rather than passing new laws that are bound to be void. In a nutshell, the government must prioritize enforcement. The people of Canada ought to have regulatory watchdogs which act in the public interest.