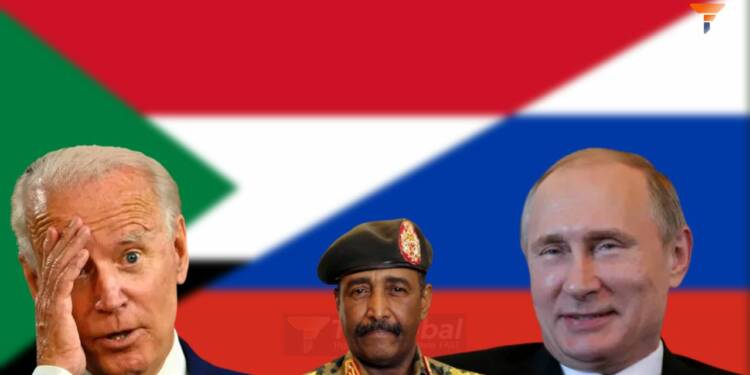 The US is losing the battle for influence in Africa and it knows this. Other major powers like China, Russia, etc have made significant inroads in Africa, making it difficult for the US to continue its hegemony in the continent. Russia’s growing influence in Africa is a reality that the US has slowly come to acknowledge and is taking steps to cut down Russia’s rising dominance. Considering the scenario, the US is now trying to hold its ground in Sudan and making desperate attempts to stop it from joining the Russian camp.

The US Ambassador to Sudan has urged former rebel groups who did not take part in a post-coup political deal to join talks seeking to restore civilian rule.

US ambassador to Sudan, John Godfrey said, “there are groups that have remained outside the framework political agreement so far. I think it’s important to note that the process remains open for them to come in. Our understanding is that efforts continue to try to find a way to meet a situation where they feel like they could join the process and we would certainly urge them to consider doing that”.

Further, the US has also made it clear that for restoration of “other lines of assistance” to Sudan which were paused at the time of the military takeover,  is a must for return of a new civilian-led government in Sudan.

Last month, military leaders and some civilian factions agreed on the first of a two-phase political process aiming to end the political turmoil that resulted from a military coup led by army chief Abdel Fattah al-Burhan.

Another round of talks is expected in the coming weeks over key contentious issues including transitional justice, accountability, and security reforms.

On October 25, 2021, the Sudanese military led by General Abdel Fattah al-Burhan overthrew the government of Prime Minister Abdalla Hamdok and took control of the government in a military coup.

The civilian Prime Minister refused to declare support for the coup and had called for popular resistance but he was moved to house arrest and a number of pro-government supporters were arrested which was followed by the imposition of a state of emergency.

The military coup triggered weekly demonstrations, with activists demanding a civilian government. As per reports, more than 120 people have been killed in the crackdown on anti-coup demonstrations.

The coup has also deepened a spiralling economic crisis and heightened ethnic clashes in Sudan’s remote regions, which killed around 900 people last year, according to the UN Office for the Coordination of Humanitarian Affairs (OCHA).

US Attempts to Halt Russia’s Influence

The US is wary of growing pro-Russian sentiments in Africa. The US hosted the recent US-Africa summit to bridge this growing trust gap with Africa and counter the influence of its geopolitical rivals. We have seen how countries like Mali, Burkina Faso, Central African Republic, etc. are building closer ties with Russia and its Wagner group and France has been forced to withdraw its military interventions from Mali.

Many African countries are dealing with political instability coupled with military coups and insurgency. Same goes for Sudan too. Further, when Sudan had lost Western support after last year’s military coup, there were reports that Moscow was boosting its relations with its longtime African ally Sudan. In the past too, Sudan had relied militarily on Russia under strongman Omar al-Bashir, who was ousted in 2019 and whose tenure was marked by international isolation and crippling US sanctions. As per report, in December 2020, Russia also announced a 25-year deal with Sudan to build and operate a naval base at Port Sudan on the Red Sea. Moreover, Sudan had also abstained from a UN General Assembly vote condemning Russia’s invasion of Ukraine.

Thus, now the US is trying to woo Sudan once again. At the time of the military takeover, the US had cut off aid to Sudan. Given that the US has realised that abandoning and isolating Sudan will only work against its own geopolitical interest, it is likely to make efforts to restrict Russian control.

Masters of Mr. Henry have started to clear the way for him to rule Haiti forever