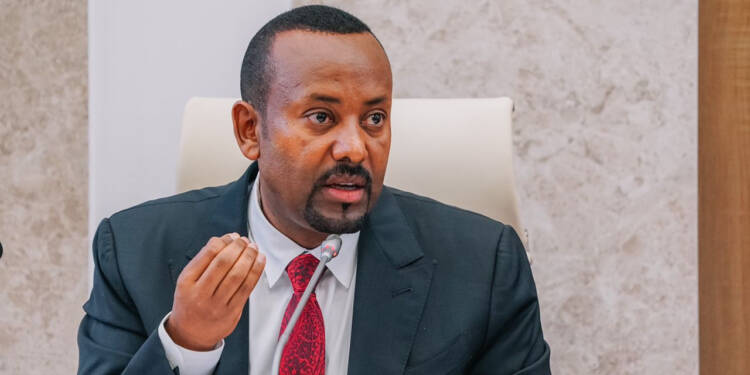 Ethiopia China imports: After the devastating Tigray crisis that went on for 2 years, Ethiopia has finally moved toward peace. Considering this, it must now focus on building its economy and uplifting its people from poverty. Undoing the damage inflicted by the war will not be easy and will need foreign assistance and cooperation, Ethiopia must ensure that its own economic interests are not sacrificed.

China and the US are competing for influence in Africa. After the US held a US-Africa summit in Washington to boost ties, with an unstated focus on China’s rise, now China’s new Foreign Minister Qin Gang has started his new year overseas tour in Africa. This indicates the geopolitical relevance of the continent which has especially grown after the Russia-Ukraine war.

Africa has vast reserves of resources and major powers are looking toward Africa for alternative sources of energy. To this point, Africa cannot be ignored as more and more countries today plan to switch to clean energy. It also has a vital role to play in the growth of the EV industry. However, the continent has long served merely as a raw materials supplier to other countries while importing manufactured goods from outside. In this regard, Ethiopia is a classic example wherein, depending too much on imports from China, has ravaged the country’s economy. Furthermore, its local manufacturing sector is threatened by Chinese imports leading to massive job loss for Ethiopians.

The threat of Chinese imports

China has been one of the major destinations for African manufacturing imports, providing 16% of Africa’s total in 2018. This dependence has significant implications for Africa’s domestic industries. Of the 54 countries, China is the largest source of imports for Ethiopia.  Reports show that Ethiopia’s share of GDP spent on Chinese imports shot up from almost zero in 1996 to 15% in 2015.

After the devastating war, Ethiopia must focus on economic development and improving standards of living, both are not possible without industrialization. However, domestic manufacturers can’t compete with cheaper Chinese products, which forces them to exit the market and results in job loss. Further, cheap Chinese products substituting domestically produced goods is also one of the major concerns.

The geopolitical re-alignments that are happening in the wake of the Ukraine war give Africa a very special advantage. As majority of the major powers are willing to engage with Africa, this further gives the continent the opportunity to diversify its economic partnerships and thereby utilize them for its benefit. Thus, trade relations of Ethiopia with China aren’t entirely bad. However, the country must realize the dangers of overdependence on Chinese imports. Rather, any economic engagement with China, or any foreign powers for that matter must be used for mutual benefits. For example, rather than importing finished Chinese products, which is a threat to its manufacturing sector, if imports from China are dominated by inputs such as capital goods or heavy industrial machines, this could potentially boost the manufacturing sector.

Also Read: Hounded by US sanctions, Ethiopia is using China only to dump it later

Taking into account the current scenario, Countries in Africa have now realized the importance of regional cooperation and self-reliance. Many countries are taking steps to fix their regional issues and paving the way for African unity. The Africa Continental Free Trade Area is one such example and thus, African countries must enhance such cooperation.

Thus, as the country heads towards ushering in a new peaceful era, its leaders must look inwards first and engage with other African countries to improve its economic and security situation. Further, while engaging with foreign powers, its leaders must be strategic in their interaction and their own economic interest must not be sacrificed in the name of getting aid and assistance.