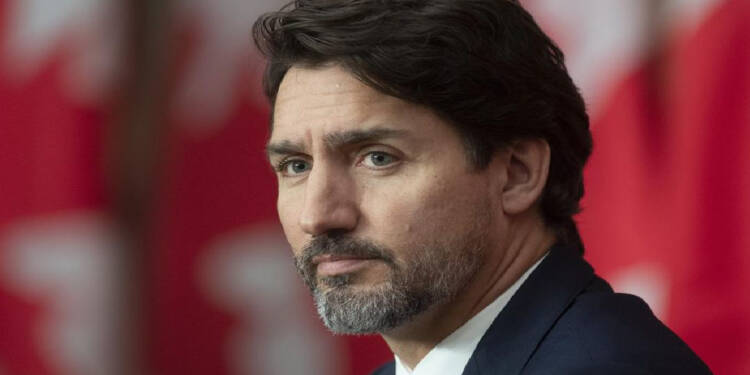 Generally, it’s the people that make the country; however, that’s not true in Canada as the government seems to be taking control of the lives of people; it is essential to note that it is the people who elect and ultimately control the government. While on the contrary, such hopes are being shattered by the Canadian government which can even take people’s gas stoves away from them.

Canada has turned into a ground of experimentation of policies on people where the government tries everything possible on the citizens and then realize its consequences. Recently, the liberals or “green goblins” have pushed the agenda of green energy to such a level that now it lags ground reality and reached an extent where it becomes difficult for citizens to maintain households.

Recently, to extend the green agenda, the Canadian government indicated taking steps to completely ban the usage of gas stoves where it accuses households to be using natural gas. The Trudeau Liberals announced last month that by 2035, they will completely ban the sale of gas-powered automobiles and trucks and start with a 20 percent mandate for electric vehicles. Furthermore, Richard Trumka Jr., who is in charge of the Consumer Product Safety Commission (CPSC) in the United States, took aim at gas-fired stoves, describing them as “a hidden hazard” and suggesting that they might “be banned.”

Though governments want to make sure that everything runs on electricity, many jurisdictions don’t have the electrical infrastructure to handle the number of electric cars, furnaces, and other appliances that will start using the grid’s power in the next ten years or so. To be precise, as long as the Liberals can resist the temptation to completely ban gas stoves instead of establishing emissions or ventilation standards to reduce any potential risks.

Another possible reason for this could be the inspiration of Canada, The United States of America. The usage of gas stoves has sparked a voicing of opinion in the United States and being a mimic of US policies, likely, Canada could also ban the usage of natural gas at home considering it a “health hazard”.

Trudeau mimics his US counterpart

To compete for business with the United States, the Trudeau government will spend billions of taxpayer dollars supporting risky investments in green energy projects. To this point, the fall mini-budget announced new taxpayer-funded initiatives to promote green energy, even though Prime Minister Justin Trudeau’s government has already spent more than $100 billion on climate change and environmental initiatives since coming to power in 2015. Furthermore, one of the difficulties Canada faces in drawing efficient power energy interest in rivalry with the U.S. is that while Canada has a public carbon charge, the U.S. doesn’t.

Canadian environmental groups have been paid by American philanthropic organizations to hire anti-pipeline protesters, reducing support for Canada’s oil and gas industry. As a consequence of this, pipelines have not been constructed, and Canada’s vast energy resources remain landlocked and inaccessible, costing the nation a significant sum of money. Conservative leaders attributed Trudeau’s failure to defend Canada’s economy to his refusal to confront Biden. The harsher truths about Canada’s energy export sector were made clear by Biden’s decision to revoke the pipeline’s construction permits, including the fact that it has always been dominated by U.S. interests and that Canadians cannot evade the global trend away from fossil fuels.

Read more: Canada loses $ 150 bn of its worth because of Trudeau’s green energy madness

Even though these claims have been discredited, Canada’s oil and gas lobby routinely asserts that Canadian fossil fuels are the greenest in the world. Canadians tend to have a high opinion of themselves as strong environmentalists. The nation’s dissonance has become embodied in Justin Trudeau himself.  The same old Trudeau tactics have come into play here: Buy the pipeline to placate the industry, settle disputes between two warring provinces, and demonstrate to the right that he would prioritize the economy to avoid being branded a tree-hugger.

Despite Trudeau’s knowledge of the existential threat posed by anthropogenic climate change, he must finally steer Canada toward a progressive environmentalist course. To put it another way, Canada needs to live up to its reputation for its climate. The risks of climate change cannot be ignored certainly but shouldn’t be so much followed that nation’s wealth and people become of zero importance, something that Trudeau seems to be doing.