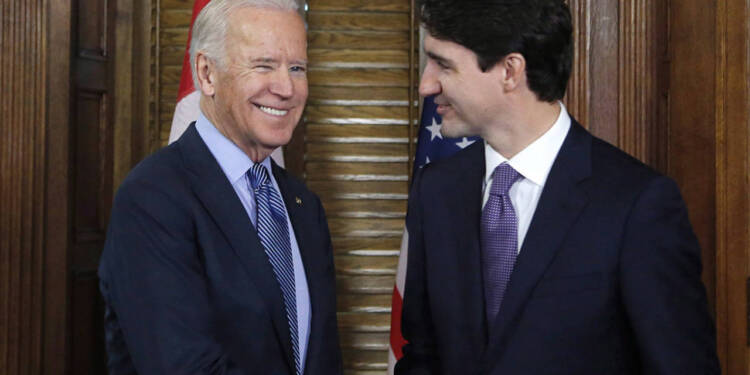 Justin Trudeau, the Prime Minister of Canada, never pledged strong economic ideas. His political character was solely centred on appealing to liberal elites and first-time voters. The majority of his campaign promises focused on popular issues such as decriminalising marijuana and preserving environmental rules.

Since Trudeau’s election, the Canadian economy has grown more slowly and had significant contractions. Trudeau’s economic damage to Canada in just seven years is unmatched.

Against this backdrop, a new study by the Conference Board of Canada showed just how big the economic impact of a thriving Canadian liquefied natural gas (LNG) industry could be. This includes $500 billion in investments, and the creation of almost 100,000 jobs a year.

Noting that B.C. is becoming the focal point for developing a Canadian LNG industry, and that Canada produces almost twice as much natural gas as it uses, the report stated, “Liquefying the gas and exporting it offers an important diversification opportunity, especially when our traditional export market — the United States — is becoming increasingly self-sufficient in natural gas.”

Read More: The sorry state of Canadian Airlines under liberals

Canada should grab opportunities to build the country in order to escape the current economic situation. On the other hand, the Trudeau administration allows its radical ideological agenda to take precedence over reasonable judgement. Germany recently asked Canada for LNG supplies, but the Liberal government declined. Without a doubt, Canada would have benefited from exporting LNG to Germany since it would have brought in money at a time when the country desperately needed it.

The battle between Russia and Ukraine has already highlighted the importance of oil and gas-rich countries. European countries are keen to lessen their reliance on Russian oil and gas, creating an excellent opportunity for countries such as Canada to become a reliable supplier of energy to European countries. But all of this is too complicated for the liberal poster boy to grasp.

To be clear, Trudeau has always put himself ahead of Canada’s national interests. While upgrading Ottawa’s LNG infrastructure would surely boost the country’s devastated economy, it would also upset environmentalists around the world. And this is something that the Liberal Prime Minister, who is concerned about his image, would never want. He wants to preserve his “false” image of a progressive liberal prime minister. This is precisely why the Liberal government declined Germany’s proposal in order to receive ornamental awards from so-called progressives all around the world.

Trudeau’s wokeness has provided a great avenue for the United States to fatten its wallet. For instance, just after Trudeau turned down Germany’s request for LNG supplies, the Wall Street Journal reported that Germany quickly announced the construction of a new LNG terminal and is currently importing more LNG from the United States.

Besides, America officially scrapped the Keystone XL, a US$8-billion oil pipeline that was set to flow from Alberta to Nebraska. This had a tremendous impact on the Canadian economy. Canada has oil, but fewer choices for getting it out. Keystone would have given oil producers more leeway, but without it, Gulf Coast refineries may turn to other producers, such as Saudi Arabia or Columbia, for the product.

The death of Keystone XL follows the cancellations of Northern Gateway and TransCanada Corp.’s Energy East, as well as a delay in Trans Mountain, which the Canadian government purchased from Kinder Morgan in 2019 for $4.5 billion.

According to the federal government, oil sands are a huge resource in Canada. The country is the fourth-largest producer and third-largest exporter of oil in the world.

Moreover, despite the termination of the Keystone project, demand for Canadian oil remains strong. Canada has produced a lot of oil in recent years, but due to a shortage of pipelines, the product was not getting to refineries. Thus, Alberta had to cut back on oil output, which implies a loss of money because Canadian oil producers couldn’t get it to market.

The cancellation would also result in fewer jobs for Canadians involved in its construction and delivery of products and services.

So, although Trudeau perceives that his woke ideology helps him get the allegiance of his American overlords, US President Biden is consistently exploiting Trudeau’s wokeism to destroy the Canadian oil sector and establish a US monopoly in the oil and gas industry.