US does the most obvious, set to woo three countries 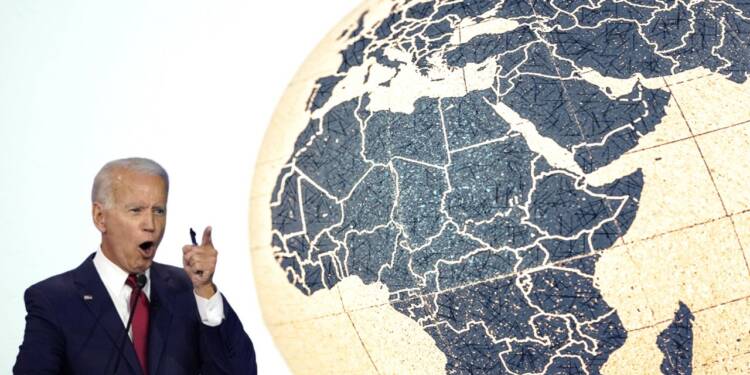 Secretary of US Treasury visit to Zambia: The power competition for influence in Africa has become more and more intense by the day. Recently, the US hosted the Africa summit to woo African countries and to counter growing Chinese and Russian influence, and ever since then, the US has been making numerous attempts to enhance its partnership with different African countries and is trying its best to highlight how the US is a more reliable partner for Africa than any other country.

Secretary of US Treasury visit to Zambia, Senegal, and South Africa

As per a report, the US Treasury Secretary Janet L. Yellen will travel to Senegal, Zambia, and South Africa from January 17 through January 28.  This comes just after the recently concluded US-Africa summit, which was meant to deepen ties with Africa and undo some of the growing credibility crisis of the US in Africa. As per the report, the agenda of the visits includes, funding high-quality infrastructure investments through the Partnership for Global Infrastructure Investment, preventing and preparing for future pandemics through the new Pandemic Fund, partnering to strengthen democracies and institutions against corruption, and helping African countries address debt vulnerabilities.

In this scenario, it is obvious that the US is working towards countering growing Russian influence in the African continent. Furthermore, it is also expected that the Secretary will also underscore the spillover effects of the Ukraine war. Keeping in mind the main aim of the visit to Zambia, the Secretary of US Treasury will highlight the steps the U.S. has taken to boost food security, including over $13.5 billion in assistance, a call for international financial institutions to develop and implement an Action Plan to Address Food Insecurity, and new support to the International Fund for Agricultural Development and the Global Agriculture and Food Security Program.

At a time when China, Russia, and other players are all vying for influence in Africa, the US has also upped its game in the continent. On one hand, China has become a major trading partner with the continent and an investor in infrastructure and mining projects, while on the other hand, there is an increasing presence of Russia’s Wagner group in Africa, which has recently forced the West to withdraw its military interventions.

In this regard, the US Treasury Secretary’s visit to Senegal, Zambia, and South Africa is its latest attempt to woo these countries. On the other hand, China’s new Foreign Minister had also started his overseas tour in Africa (from Jan 9 to 16) to deepen ties and boost cooperation.

Read More: Germany is attempting to fill the void in Sahel after France’s exit

Why Senegal, Zambia, and South Africa

The visit by the Secretary of US Treasury, particularly to the three countries of Senegal, Zambia, and South Africa is intriguing. For instance, on the UN resolution to condemn Russia’s invasion of Ukraine, many African countries abstained from voting, which included Senegal and South Africa. Further, Zambia abstained from voting to expel Russia from the Human Rights Council.

Additionally, the US also wants to fight China’s EV Markey dominance. At present, in this race, the US is far behind China. By 2030, Global Data predicts that China will dominate a staggering 60% of the EV consumer market.

Countries like Zambia are also endowed with vast mineral deposits such as copper, cobalt, and nickel, which are key elements in manufacturing lithium  batteries using electric car vehicles. A few months back, Tesla had advanced a proposal to the Nigerian government seeking permission to mine Lithium in Nigeria.  However, the Nigerian government turned down Tesla’s offer to mine Lithium and asked Tesla to set up the battery industry in Nigeria instead. Thus, the US Treasury Secretary’s visit to these countries signifies the geopolitical and economic importance of these countries to the US. It can be said that the US has now just upped its game to counter Russia and China’s influence on the continent.

Why should we conserve biodiversity? 10 reasons and explanation