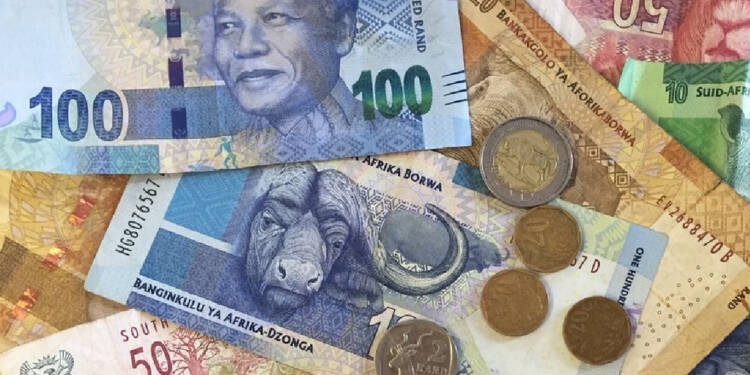 Africa currency: After the double whammy of a global pandemic and the Russia-Ukraine war, most countries’ economies have witnessed a downturn. Africa was one of the worst-hit continents as it had historically depended on foreign aid, assistance, and imports to survive. However, out of this whole crisis, Africa has learned the importance of self-sufficiency. More and more countries in Africa are willing to promote regional cooperation and are taking steps to reduce dependence on the West or other foreign powers. Despite this, many African countries continue to depend on the West for printing their own money. So isn’t it time for Africa to finally shed this dependence and look for options back home?

Out of the 54 countries of Africa, 40 print their currency in the UK, France, and Germany decades after independence. Countries like Ethiopia, Libya, and Angola, along with 14 other countries, place orders from British banknote printing giant De La Rue. Apart from it, six or seven other nations, including South Sudan, Tanzania, and Mauritania, are said to print their currency in Germany’s Giesecke+Devrient.

Additionally, many African countries also depend on France to print their currency. Most French-speaking African countries are known to print their money with France’s central bank and with the French currency printing company Oberthur Fiduciaire. Only a handful of African countries, like Nigeria, Morocco, and Kenya, have enough resources to print their own currency or coins; however, they are even known to supplement their production with imports. Considering the scenario, this doesn’t serve Africa’s economic interests rather is a huge burden for smaller economies in Africa.

Hurdles for Africa in printing currency

According to Mma Amara Ekeruche from the Africa Centre for Economics Research, when a country’s currency is not in high demand and not used globally like the US dollar or the British pound, it makes little financial sense to print it at home due to the high cost involved. Moreover, since money printing machines usually churn out millions of notes at a time, there is a risk that countries with smaller populations, like the Gambia and Somalia, would end up having more money than they needed if they printed their own.

Should Africa depend on the West for printing currencies?

As per sources, these countries usually order millions of notes to be carted in containers and pay hefty shipping fees. For instance, The Gambia’s officials stated that shipping costs rack up a bill of £70,000 (€84,000, $92,000).” Another example is that of Burkina Faso, which gets its currency from France, and in return, it takes up nearly 50% of the export revenue of Burkina Faso for facilitating it with a currency system.

Furthermore, the practice of importing currencies could even raise the question of national pride and security. For richer countries, like Angola and Ghana, there is also the issue of real autonomy and economic sufficiency. Apart from the above-mentioned concerns, there are other challenges that can negatively impact African countries, leaving them at the mercy of the West. For example, containers of Liberian dollars shipped from Sweden once disappeared in 2018, although the government later accounted for it.

Read More: “Africa is not a colony”, Italy’s Meloni reads the riot act for colonizer Macron

Given that Africa has been promoting African unity and taking many positive steps to overcome the various challenges, it cannot afford to overlook the issue of currency imports. Printing banknotes in Africa would boost profits in the continent. Countries of Africa that can’t print their currency could resort to countries with printing capabilities like Nigeria, Morocco, and Kenya, which have enough resources to print their currencies. To this point, The Gambia’s central bank officials have proposed a possible partnership with Nigeria. Therefore, it gives hope, and if it succeeds in its endeavor, that day wouldn’t be far when many African countries are likely to start exploring options at home and pave the way for a golden age of African self-sufficiency and unity.

Name five Plants and their parts that We eat with Explanation