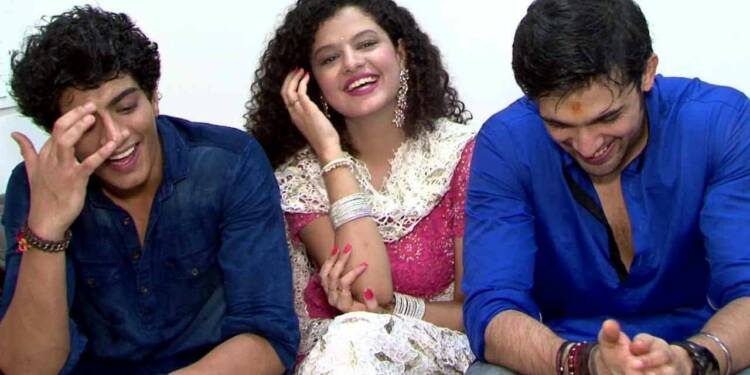 Palash Muchhal is an Indian singer and composer. He was born on 22 May 1995 in Indore, Madhya Pradesh, India. Palash is the younger brother of famous Indian female singer Palak Muchhal. In this article we are going to talk about the biography, career, notable works, songs and family of Palash Muchhal so read the article till the end.

Palash Muchhal is a famous television and film celebrity and he worked in so many movies project, this biography article is incomplete without talking about his songs and shows. So here you will gain info about his projects.

Palash Muchhal was born in a Maheshwari Marwadi family on 22 May 1995 in Indore, Madhya Pradesh. His father’s name is Rajkumar Muchhal, who is an accountant in an organization. His mother’s name is Amit Muchhal. Palash and his elder sister Muchhal collect funds for the treatment of small children suffering from heart disease by singing songs on public stage in India and abroad. By May 2013, he has provided financial assistance to save the lives of 572 children by collecting a donation of Rs 2.5 crore.

He completed his schooling from Indore and currently he is studying B.Com 2nd year in Indore, India. Palash is very stylish, handsome and most popular singer and music composer in India.

Palash Muchhal started his career with the film Dishkiyaoon produced by Shilpa Shetty. He mainly works in Bollywood film industry. Palash became popular for his work in films, Dishkiyaoon and Bhootnath Returns.

Apart from this, he has also given his music and voice in films like the superhit film Bhootnath Returns and Amit Sahni’s List. Out of which the song Tu Hi Hai Aashiqui from the film Dishkiyaoon was highly liked by the audience.

Palash is known as the youngest music composer and film director of Hindi cinema. His feat is also recorded in the Guinness record. Apart from this, he has appeared as a participant in Sony’s show Entertainment Ke Liye Kuch Bhi Karega.

We hope this biography article of Palash Muchhal will be helpful for you to understand his journey and works.