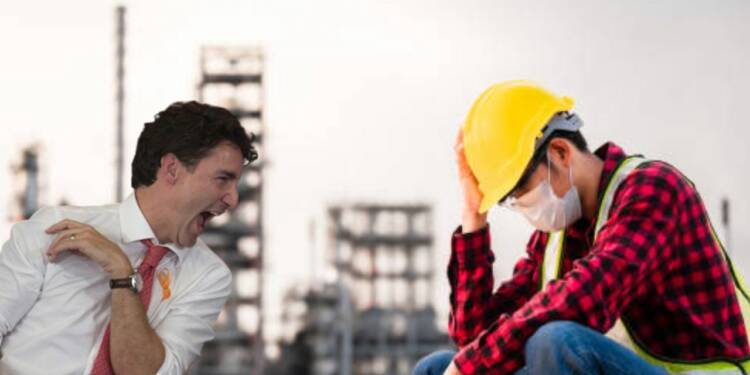 PrairieCan: It is no secret that the prairie provinces or ‘the granary of the world’ or ‘the oil and gas hub of Canada’ are being exploited. We know, the Liberal Party of Canada have always faced defeat in the prairies which is why as a payback, Trudeau is always in a bid to send these provinces into penury.

Alberta is an oil and gas hub, generating most of its employment and income from the sector. Owing to its vast reserves, it keeps outperforming the rest of the country which irks the Prime Minister’s nerves. To hurt the economic interests of the province, the feds have now come up with a plan for the imminent demise of the oil and gas industry.

The government of Canada is going to launch PrairieCan, wherein it will invest more than $25.5 million to help 15 innovative Alberta businesses scale-up and create high quality jobs in the Calgary area. Through the Jobs and Growth Fund (JGF), this money will guarantee that businesses in the Calgary area have access to the resources they need to improve operations and expand in both domestic and foreign markets. The JGF offers money to companies and organizations in order to increase competitiveness, foster employment creation, and strengthen local economies.

Businesses receiving financing as part of the announcement made on Wednesday, work in a number of significant economic sectors in Alberta, including the health, digital technology, clean energy, and manufacturing sectors. Finally, the government decided to empty some of its coffers to fund businesses in Alberta . But, let’s not forget its ulterior motive. Several times we at TFI have covered how the feds have tried their every bit to hurt the oil and gas industry in the province.

The liberals in power have left no stone unturned when it comes to hurting the economic interests of conservative provinces especially Alberta who are currently outperforming the rest of the country. Alberta is an oil and gas hub, generating most of its employment and income from that sector. And, investing in businesses other than the cash cow of the province clearly outlines the hidden intentions of the government. In oil and gas, Alberta has 187,000 workers in the sector, more than 36 percent of Alberta’s GDP contribution.

To meet Ottawa’s emissions targets, the legislation would eliminate jobs in the following sectors, with the promise to transition the workers to cleaner energy industries such as agriculture, forestry, energy, manufacturing, etc.  Moreover, in conversations with the province on the planned legislation, according to Premier Danielle Smith, the prime minister has been completely absent. “He has no business dictating to us,” said Smith in an interview with CTV News on Tuesday.

“He doesn’t understand our economy. He doesn’t understand the sector.”The government in the wake of its green agenda has been advocating for the reduction of dependence on the energy industry. Now, it is funnelling funds to thrive businesses in Alberta which will certainly hamper the energy sector and in turn fulfil Trudeau’s motive. If businesses in other sectors thrive then it is sure to have impacts on the potential labour market in the energy sector.

Through ‘just transition’ the feds are trying to lure the employees of the energy sector to divert them into other businesses. Sadly, this will throw hundreds of thousands of Albertans on the unemployment line. The government’s plan of PrairieCan is raising concerns among Albertans. Danielle Smith has questioned the impact of this global energy transition as it is bound to hurt the oil-producing regions in Alberta.

The Premier of Alberta is blaming the Trudeau regime for pushing to reduce greenhouse gas emissions as it will “kill” their oil and gas industry. On one hand the healthcare sector is pleading for funds. Staff shortage, lack of hospital beds, shortened operating hours, long queues in front of emergency rooms, all this is becoming commonplace in Canada. But, the liberals in power are suddenly thinking of resuscitating businesses in a province which is already outperforming the rest.

The government is on a spree of strengthening an economy which is already strengthened. Rather than giving support to what stands in a dire need Justin Trudeau always finds a way out to push his agenda. To curb the energy industry in the province the government is now making lucrative promises of financing the businesses in Alberta.