Ottawa has a sole significant competitive edge in the Indo-Pacific area but does not seem to be actively seeking the Comprehensive and Progressive Agreement for Trans-Pacific Partnership (CPTTP). Now this is bound to hurt Canadian businesses’ interests 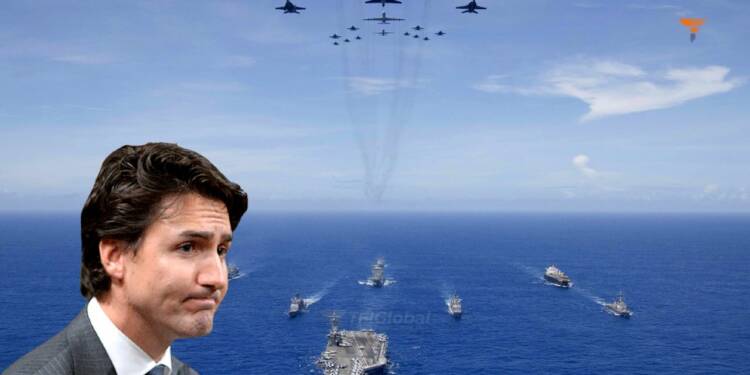 In this competitive world, countries are together chalking out strategies to counter the threats of dominance but Canada is taking on a different path from its partners.

The Comprehensive and Progressive Agreement for Trans-Pacific Partnership (CPTTP). is one of the few instances when Canadian companies may compete with those in the Pacific Rim and outperform American firms who desire but are unable to have a true trade agreement in the area due to dysfunctional domestic politics. The CPTPP is the epitome of competitive advantage with enforceable regulations, tariff reductions, dispute resolution procedures, and provisions for moving skilled labour, plus 11 economies in the region and another eight waiting in line to join. The agreement’s stricter restrictions could protect at least an additional $52 billion in Canadian trade per year if it were to be expanded. But does Canada really want that?

Increasing trade frictions, such as tariffs on steel and aluminium and restrictions on canola exports, have made maintaining market access more crucial than acquiring it. The CPTTP is Canada’s best option for doing this in the area. But, is the Canadian government sane enough to realise the opportunity?

Read More: In Trudao’s regime, not even your organs are safe

Countries are scrambling to be a part of the CPTTP, are working with partners to strengthen and expand the CPTTP as they have realised the potential it possesses. But, why is the administration of Canada in the habit of bogging down anything that makes real sense?

The CPTPP’s benefits for Canada were only achieved because major economies like Japan, Mexico, Singapore, and Australia were present during negotiations. It is difficult, if not impossible, to imagine Canada obtaining comparable concessions from any nation in a region that does not truly require its small market through one-on-one negotiations. Instead of pursuing weaker bilateral agreements, Canada’s limited trade negotiating power will yield a better result if devoted to the resource-intensive process of adding members to the CPTPP.

Well, the CPTTP has been cited as the preferred agreement by the American business community in response to its government’s IPEF, highlighting why expanding the former is a better course for Canada. But, only if the liberals in power were smart enough to realise that.

For a variety of reasons, Canada has a crucial opportunity with the Indo-Pacific strategy. But in pursuit of new opportunities, it is critical to not lose the one comparative advantage that the country has.

While countries are coming together in order to strengthen their multilateral ties and counter the threat called China, Canada is busy backtracking the move. There is a quest ongoing to have a greater engagement in the Indo pacific and Indian oceans but Canada’s love for China knows no bounds. In order to satiate the communist nation the Federal liberals brought in a separate Indo Pacific strategy without even realising how much loss are the businesses in Canada suffering owing to the move.