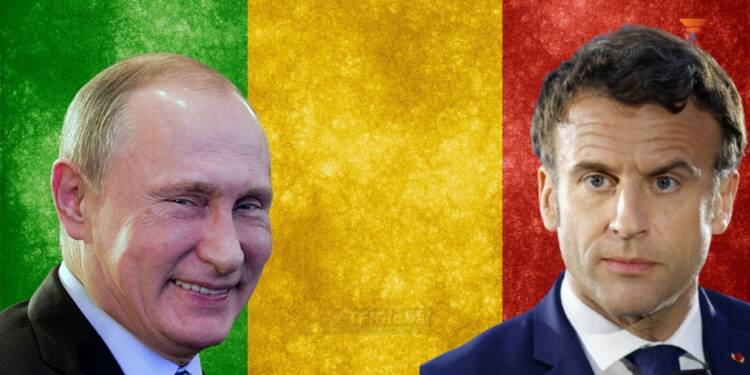 After facing a massive debacle and geopolitical disaster in Mali and the Sahel region, France seems to be implementing all possible means to stay relevant in the region. A former colonial power in Africa has traditionally maintained its dominance in the continent under the garb of providing economic and military aid and assistance. However, despite years of military intervention and its fight against insurgency, the situation has only become worse, forcing African nations to look for alternatives like Russia. A strong geopolitical rival of the West, Russia’s rise in Africa has become a major concern for the West, and the former dominant powers are trying hard to repair the damage.

In the background of the Sahel region’s spiraling security crisis, specifically in Mali, France had to end its nine-year military operation in 2022. The withdrawal of the French military was necessitated by the fact that relations between Paris and Bamako had significantly deteriorated with increasing Russian presence. As France’s relations with Mali became sour, it became wary of Mali weaving closer ties with Russia.

Mali turned to Russian aid in its fight against armed groups linked to ISIS and Al-Qaeda. The country brought in “military instructors” that France and its allies condemned as mercenaries hired from the pro-Kremlin Wagner group. Moreover, after the French troops withdrew, Mali’s interim Prime Minister, Colonel Assimi Goita lashed out at France at the UN  stating that  France had “abandoned” Mali in its fight against terrorism. He further said that they were “stabbed in the back” when the French military withdrew from the country.

The Malian leader also praised the influence of Russian mercenaries and the “exemplary and fruitful cooperation between Mali and Russia.”

Read more: French are truly and fully out and Mali is a Russian ally

In an interview, France’s former president François Hollande expressed regret at the arrival of the Wagner Group. He further stated that he was saddened to witness how the Russian mercenaries “managed to convince part of the (Malian) population that they would protect them better” from jihadists than France would.  He also called the Wagner Group “neo-colonialists”.

Clearly, this is an attempt by France to bring Russia under the bus by blaming the latter for the worsening security situation in Mali. However, the harsh truth is that despite years of France’s military intervention, Mali’s insurgency problem could not be resolved. Moreover, France was also accused of helping Islamist militants and providing them with information that was used to destabilize the Sahel country.

Apart from France, the US also accused Russian military contractors of interfering in the internal affairs of African countries and backing the violent extremist groups in the Sahel region. Thus, it has become the biggest concern for the West, thereby pushing the West to blame Russia for the security . In this scenario, the west will likely continue to provoke Russia and resort to the negative branding of the Russian mercenary group. However, the west which is so busy blaming Russia has forgotten that it is solely their  failure to bring peace and stability and end insurgency in the Sahel region that has caused its own geopolitical Mali debacle.