The Liberals in Canada have long urged the police force for a less lethal intervention but the RCMP is reluctant to follow the government’s orders. That’s a shocker for the government 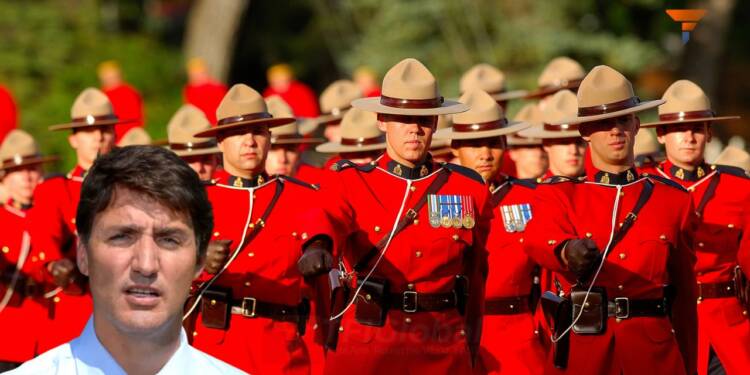 The federal police force in Canada is passing all limits of brutality. First it was conservative provinces who were advocating this fact but a recent news insinuates that even the federal government has asked the RCMP to cut down on its brutality.

But, shockingly the federal police force is so firm in its character that it has said a clear ‘No’ to even to its masters in the government.

Most of us are aware of the cause of death of George Floyd in Minneapolis in 2020. It was the Carotid Control technique. Using the carotid control hold, the person being restrained is rendered unconscious by compressing the arteries on either side of their neck. The restraint does not prevent breathing when applied properly, but since George Floyd died in Minneapolis police custody, its application has come under closer scrutiny.

The federal government in Canada has been instructing the RCMP to impose a moratorium on the cruel practice. In a mandate letter last year, Public Safety Minister Marco Mendicino ordered RCMP Commissioner Brenda Lucki to forbid “the use of neck restraints in any circumstance and the use of tear gas or rubber bullets for crowd control.”

Instead, Robin Percival said the RCMP issued new guidance to its officers late last year that “strengthens and clarifies definitions, oversight and accountability measures, the risks of applying the technique on medically high-risk groups, requirements for medical attention, the threshold for use and requirement to recertify annually on the policy regarding application.”

The force said that its personnel used the carotid control technique 25 times in 2020 and 14 times in 2021.

If the records received through an access to information request last year are to be believed, the RCMP recorded six occurrences between 2017 and 2021 when someone had to be brought to the hospital after the use of a carotid hold. Three in 2018, one in 2019, and two in 2020. If the RCMP continues with its cruelty against the civilians, another George Floyd case can find its way in the Canadian court of record.

The Liberals in Canada have long urged the police force for a less lethal intervention but the RCMP is reluctant to follow the government’s orders. That’s a shocker for the government which itself gave too much leeway to the force in order to curb the dissent against it. Now, it seems conservative provinces were right enough to free themselves from the clutches of the brutal police force.