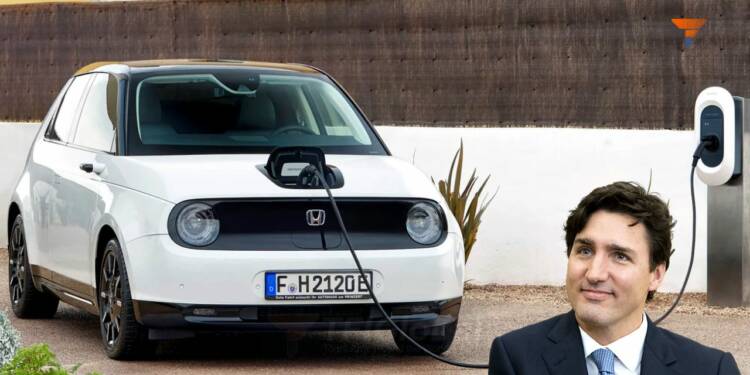 It is important to have goals and plans to achieve those goals but what if those goals have no grounds to be completed. Such is the situation of the Canadian government when it aims to push all of Canada towards its aggressive green agenda.

Trudeau’s aggressive green agenda for making Canada carbon free and a significant user of green energy has not been hidden from the world. Neither is its illegitimacy where not only Trudeau wants to take energy from Canadian homes but also put the same energy in vehicles.

Canada has mandated that by 2026, at least 20 percent of car sales is to be electric vehicles while some question if the goal is real, given the supply and charging infrastructure. What comes as sheer madness is that Manufacturers and importers who fail to meet the 20% sales target will face penalties, according to the federal government. The government is aggressive and illogical. It won’t be possible because electric vehicles are currently more expensive than gas-powered vehicles.

We will all need a lot more electricity to charge those cars. Where will the electricity come from? Canada will not expand its nuclear power capacity. There has never been a second Niagara Falls in Canada. At the same time, it will cost a lot more money to make vehicles that use more precious metals than regular gas-powered vehicles.

Also Read: Demographic Crisis in Canada: How the Liberals are turning blind eye towards it

The Canadian Climate Institute, which studies climate change policy, published a report in May 2022 stating that in order for Canada’s electricity generation capacity to meet its energy needs in 2050, it needs to expand three to six times faster than it did in the previous decade.

One analysis that was published in 2022 revealed that Canada is nearly 1.7 million EV charging stations short of what is required to power an increasingly electrified vehicle fleet.

As a result, charging infrastructure has come under scrutiny. Despite the emissions they produce, advocates of electric vehicles also believe that Canada will accomplish its objectives and that the switch to EVs will ultimately benefit the environment. The math doesn’t add up here but neither does the logic of liberals.

It is good to see another climate change advocate in the world of politics, Mr. Trudeau but it is indeed hurtful to see how the prime minister puts climate before people, taking electricity for vehicles while Canadian homes go dark. It is certain that in the hope of making Canada green, Trudeau is doing everything to make the lives of Canadians dark.  Definitely not the first time but here comes yet another piece to Trudeau’s huge mountain of mistakes.