Zelensky has tried to establish a communication channel a few times earlier too. But this is the first time a Ukrainian leader has invited Xi for a dialogue 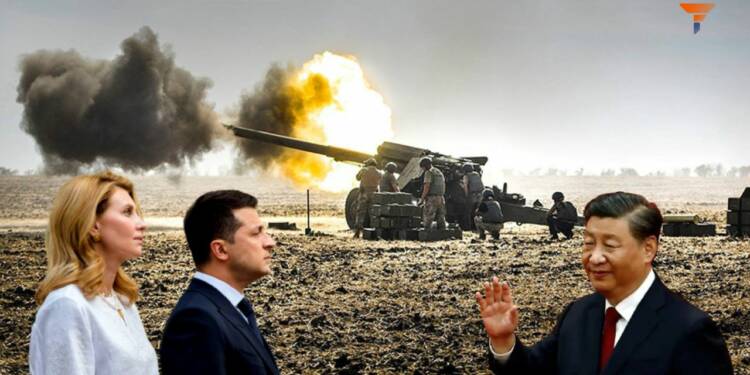 According to Volodymyr Zelensky’s wife Olena Zelenska, the letter was sent to the Chinese delegation at the World Economic Forum in Davos, Switzerland, on January 18th. Zelenska said, “It was a gesture and invitation to dialogue and I hope very much that there will be a response to this invitation.”

Zelensky has frequently tried to get in touch with Xi Jinping in the hopes that Beijing will use its influence to pressure Russian President Vladimir Putin. But, the timing of this letter is a significant one. The Wagner group has launched a major offensive in the Donbas region. And both rivals have been preparing counter-offensives to get an edge in the negotiations.

What does Zelensky want?

Ukraine has been coerced by US and European nations into the war against Russia. Ukraine has faced the major brunt of fighting the US’ war.

He had said, “There were well-known negotiations in Istanbul, when we actually reached an agreement, the only thing left to do was to sign it.”

Analysts say that now Ukraine wants China to act as a mediator to mediate a ceasefire. European powers now can’t be trusted to act as the mediator as they are the ones who have fuelled the war. And, if that’ll be the case it’ll be a major embarrassment for the West.

Last September, foreign minister Wang Yi urged “all parties concerned to keep the crisis from spilling over” expressing alarm over the conflict’s potential economic effects on nations throughout the world. If China indeed decides to meditate, it’ll be a major blow to US’ supremacy who has poured its aid and weapons into Ukraine.

Analysts also suggest that Zelensky wants to seek weapons from China. Poor Zelensky, it seems now, has none left to plead with other than China! His European friends are fighting among themselves to send any more weapons to Ukraine.

Is this for Peace?

Otherwise, this might be another attempt of Zelensky to call for negotiations and show how peace loving he is. But, then continuously refusing to sit at the negotiating table. Ukrainian soldiers are also experiencing fatigue. Der Spiegel claims that the foreign intelligence service briefed security parliamentarians that Ukraine is losing a “three-digit number of soldiers” every day. The coming of Wagner group has changed things in the battleground.

Therefore, this time for dialogue of Zelensky with Xi Jinping is a big deal. Does Zelensky want a way out of the Ukraine war? Who knows.