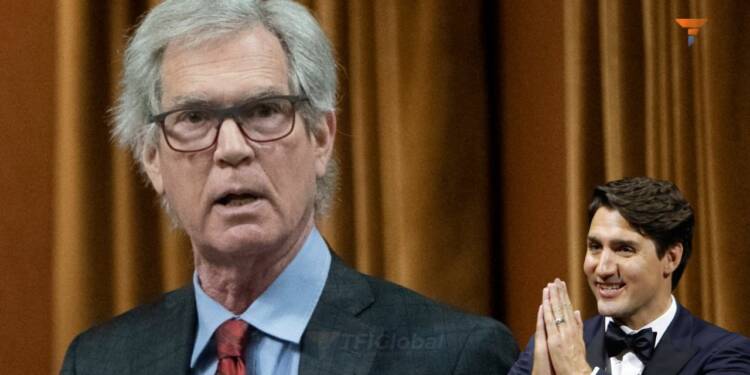 For long Trudeau has been a fodder for the conservative press across the globe for his stupidity and why not, the man screams stupidity. The blackface antic, the green energy madness, the obsession with photo-ops have made Trudeau a symbol for stupidity. As a result of that his rascality has been overlooked. But remember – Stupidity has its limits. Rascality has none.

When Trudeau attempted to advance in the prairies, he appointed Jim Carr. Jim Carr, however, was made of different material. He wanted the benefit of Canada. A term that doesn’t exist in Trudeau’s Rascality playbook.  When Trudeau got to know that Carr is a good man, he promptly fired him.

Now Jim Carr has passed away. Trudeau’s rascality playbook suggests shedding copious amounts of Crocodile tears and fill the seat with a manageable candidate. And that member comes from the party of chameleons. The NDP.

Jim Carr was not the first but definitely the last liberal leader who got sympathy and prayers from the conservative party after his demise. As per several conservative leaders, the liberal party leader was one of his kind. Wishes poured in after Carr’s demise from Manitoba.

Heather Stefanson, the conservative premier of Manitoba said on Twitter “I always admired his unfailing commitment to the betterment of Winnipeg, Manitoba & Canada.”

Read More: Saskatchewan faction of the NDP is going to dump Jagmeet and join the conservatives

Who is Jim Carr?

In 2015, Trudeau made Jim Carr, a candidate from Manitoba’s south centre. Carr won and later, he was even appointed as minister of natural resources and then minister of internal trade diversification between 2015 and 2019.

Trudeau named him as his special representative to the region as well. In 2019, Carr’s post, and his place in the cabinet, however, were not renewed for the rascality reasons mentioned earlier.

Carr was appointed as special envoy for Prairies as Trudeau wanted to make gains in provinces like Alberta. But Carr failed to do the job as he took a more lenient approach while collaborating with conservative provinces. He didn’t take a hard stance on anything. He wanted to hear different points of view before he made decisions

Now that Carr is gone, Trudeau and his officials in Ottawa have decided to take a new approach by making a NDP lover as MP of Winnipeg South Centre.

The liberals are aware that Prairie Provinces are averse to them and their rascality tricks because it is a conservative stronghold. So, they chose NDP as the NDP has more clout in the Prairies than the Liberals.

Sherri Rollins, a member of the Winnipeg City Council, declared last week that she would seek the federal Liberal nomination in Winnipeg South Centre. Rollins wants to take Jim Carr’s place, but her entire donation history reveals that she prefers the Tiktokers over belly Dancers. Tiktokers being the NDP.

Gifting seat of Jim Carr to the NDP is possibly the worst thing Trudeau can do to Jim Carr’s legacy but then again stupidity has its limits. Rascality has none. The last genuine liberal leader is no longer alive. All that is left are some cross dressing human like species and the lord of rascality who has stayed in power far longer than he should have!

Federal govt. is brushing its shortcomings under the rug by xenophobic scapegoating