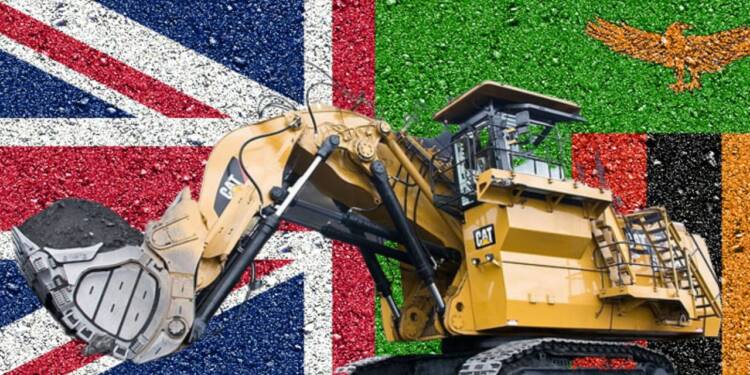 The African continent has vast natural resources and can become the richest continent in the world, but exploitation, oppression, and neo-Colonial designs of the West have hindered its progress. Western corporations too, in many ways, are facilitating Africa’s exploitation and earning money out of it. Now, Zambia has made up its mind to go after a British mining giant for its “apathy” towards Kabwe residents.

British mining giant Anglo-American has been accused of “turning a blind eye” to Zambia’s lead poisoning. The plaintiffs have argued that tens of thousands of people living in Kabwe, a town 150km (95 miles) north of the Zambian capital, Lusaka, have suffered from lead poisoning, which can lead to brain damage and death. As per report, in some areas of Kabwe, all children under seven have been found with above 5 mCg/dL of lead blood level. Around 50 percent of children had levels greater than 45 mCg/dL and many had above 100 mCg/dL.

Gilbert Marcus, a lawyer representing the plaintiffs, has told the court that the “Children were already falling ill and dying of lead poisoning, and a high proportion of them were suffering from massive blood  lead levels while the British mining giant exercised control over the mine.” To this point, a court in Johannesburg is expected to decide whether to give the go-ahead to a class-action lawsuit against the British firm’s South African subsidiary. Furthermore, three UN special rapporteurs – on toxics and human rights, extreme poverty, and people with disabilities – have been admitted to the legal proceedings in support of the applicants.

However, the Anglo America company has rejected the accusation.

Will the British mining giant pay up?

For instance, Shell, a multinational oil and gas company, was made to pay 15 million euros, by the Nigerian authorities in compensation to the farmers for oil spills that severely polluted three villages in the Niger Delta. The win was regarded as a major victory for the Nigerian farmers as without fearing the big wealthy giants, they bravely fought against them and compelled the former to pay for the damage created by their negligence. Although Shell had initially argued that the leaks were a result of sabotage, however, later it had to agree to compensate for the damage.

Now, the question arises if the British mining company will compensate for the damage.

The Nigerian success story has become an example for the African countries that have been fighting against the West’s exploitative nature. Considering the current scenario, it looks like Zambia too has taken inspiration from Nigeria’s farmers who protested the West exploitation and is preparing to punish the British mining giant.