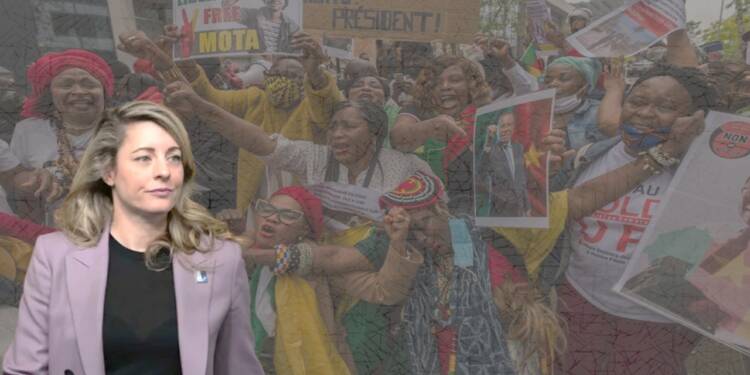 Canada in Cameroon: Due to Africa’s surge in the geopolitical landscape, every country is attempting to raise the ante in establishing good relations with the resource-rich continent.

In a similar vein, Canada is going to great lengths to create a strong alliance with African states. For more than five decades, Canada has attempted to establish connections with Africa through its work with African governments as well as regional and international organizations. With few places of convergence, one must not forget that places of friction have been many, to the detriment of Canada’s image in the entire continent.

After having ignored the African continent for long and just exploiting it for loot and plunder, the Trudeau government has expressed its intention to re-engage with African issues and countries as a part of its effort to rebuild the image of Canada. Perhaps a move that can be termed as ‘too little and too late’. Of course it comes at a time, when Canada’s image is highly questionable in the continent.

Earlier, Canada’s sporadic African engagement has been wedged between two contradictory impulses, both established in the policy-making and leadership of the country. The policy makers chose to ignore Africa, while Canada’s federal priorities are caught between conflicting temptations to “do something” while also limiting exposure and dalliances.

For example, the Canadian government has been repeatedly chastised for the heinous exploitation of Africans at the hands of Ottawa’s multinational corporations. The horrors of the exploitative Canadian mines run deeply in the minds of Africans who have been at the receiving end. However, Burkina Faso and Tanzania have decided to hold Canada accountable for its clandestine intentions. While large sources of annoyance persist between the two regions, the Canadian government has taken steps to reduce tensions but in vein. Canada has cut a sorry figure for itself given its deeds in the continent. In a bid to rescue its image, the Trudeau administration has been looking forward to an opportunity to save its image. The political miscalculations and debacles of Mr Trudeau have cost them heavily.

Just when African ship of Canada was sinking, Cameroon came to its rescue, giving it an opportunity to mediate in a peace process with the Anglophone separatists. More than a million people have been forced to flee their homes since the beginning of the six-year conflict in the regions of Northwest and Southwest Cameroon. Canada had contributed to the funding of a Swiss-led peace mediation process that began in 2019, but the Cameroonian government withdrew from the project in September. The Canadian authorities decided to encash upon this open end and intervened to carry out the mediation process, to its benefit. However, Cameroon’s political parties have welcomed the new negotiations.

“It is important that the Canadian-led peace process be taken extremely seriously, because everyone is expecting that there should be a ceasefire and an end to the hostilities, the kidnappings and other horrors,” said Prince Eko Ekosso, president of the United Socialist Democratic Party of Cameroon.

But then Mr Trudeau and humility don’t go hand in hand. He has to make sure the entire world knows only his concocted version of the story. Here too Trudeau did not fail to disappoint the very people he has been trying to woo. In an attempt to go over board with such a life saving opportunity, his administration blew the entire incident out of proportion stating that it was Cameroon who came to Canada looking for its help. Reality of course being the exactly opposite.