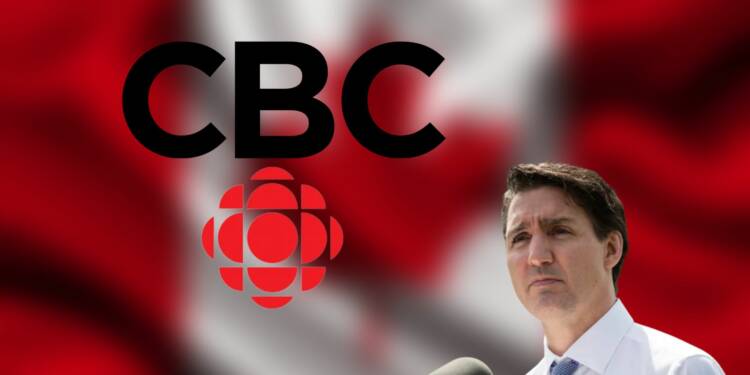 The media has decreased the standard of Canadian national discourse in recent years. The proliferation of the press has resulted in a shrinkage of the marketplace of ideas and the promotion of aristocratic and socially backward attitudes. This is causing a developing, and perhaps serious, credibility issue. A number of indicators point to the low and declining quality of Canadian journalism.

For instance, as we have previously explained in detail, the tax supported CBC is a tool for PM Justin Trudeau to indoctrinate the Canadian public. It collects $1.7 billion each year from the federal government to promote its left-wing ideological objective which most definitely does not reflect the views of most Canadians.

Recently, the CBC attempted to smear Alberta Premier Danielle Smith in order to appease its master, Trudeau. Alberta, as we all know, has been a thorn in Trudeau’s eye. The province has consistently chastised the Trudeau government for centralizing Canadian federal polity in an unconstitutional manner.

According to the CBC, Smith’s office personnel emailed Crown prosecutors contesting their evaluation and instruction on matters emanating from the Coutts border blockades and protests. The story quoted unnamed sources.

However, Albertans are too smart to fall for Trudeau’s naïve trap. Soon after the story was made public, the Alberta government initiated a review and claimed that there’s no evidence of emails between the Alberta Crown Prosecution Service and Alberta Premier Danielle Smith’s office.

Smith said an independent Crown prosecution service, free from political interference, is integral to the preservation of public confidence in the justice system.

“I am confident in the integrity and professionalism of my staff,” she said in a statement Monday.

“That’s why I am grateful for the non-partisan review completed this weekend by the Public Service Commission, which found no records of contact between the Premier’s Office and Crown prosecutors.”

The CBC story alleged that staff in Smith’s office sent emails to Crown prosecutors in the fall. The CBC agreed not to identify because they fear they could lose their jobs.

The CBC later updated its story with an editor’s note saying the original version of the story neglected to note that CBC News has not seen the emails in question.

The independent review was conducted by the Public Service Commission and internal IT experts between Jan. 20-22 searched for any emails sent to or received by the relevant prosecutors and Smith’s staff over a four-month period. Nearly one million incoming, outgoing, and deleted emails were reviewed.

“No further review will be conducted unless additional evidence is brought forward,” said a government release.

This is not the first time that CBC has come up with a cooked-up story to help Trudeau. The Liberal poster boy has frequently used the CBC to disparage his rivals. For example, CBC attempted to obstruct the Conservative campaign against the liberals in 2019. For those who are oblivious, two weeks prior to the 2019 Canadian federal election, the CBC sued the Conservative Party for exploiting clips from its coverage as campaign literature.

A decade earlier, it was unusual to hear someone in Canada question the authenticity of a news report. Even though they didn’t agree with the news, we rarely encountered someone argue that the information was fake. That gradually changed, and soon, Justin Trudeau appeared and began using the Canadian media as a political weapon.

Employees at the CBC are passionately wedded to Trudeau’s agenda. Make no bones: given Trudeau’s perpetually deteriorating popularity among Canadians and the ascent of Conservative leadership, the CBC will be fabricating numerous such fraudulent tales in the near future in order to rescue a wounded Trudeau government.