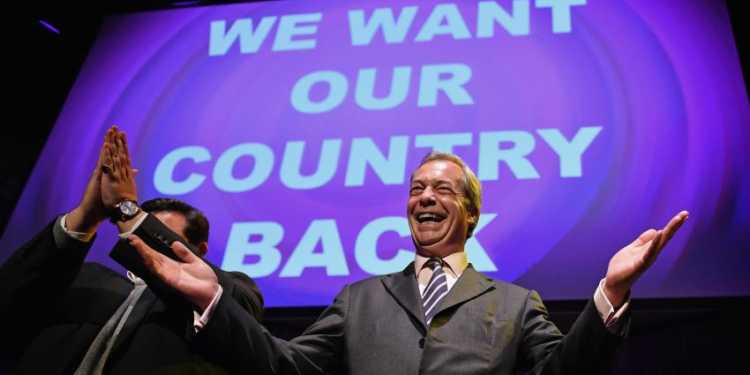 It is surprising that there still are political commentators who feel BREXIT is an isolated case of national pride and nationalist fervour trumping economic sense and political stability. That they are unable to feel the winds of nationalism blowing across Europe is understandable as they have built their liberal, leftist ghettos and are completely unaware of the ground realities. The issues of immigration, contemptuously dismissed as latent racism, or of people’s desire to control their national destiny, labelled as parochial thoughts opposed to globalization that have troubled millions of Europe’s denizens for too long have now begun to surface prominently. Unlike many other European nations that have put their lot firmly behind the EU, Britain has at best been an ambivalent partner, partly in and partly out. Historically too, Britain has seldom wanted to weld itself to the EU, leaving France and Germany to fight it out, while it moved on to lands beyond the seas. BREXIT therefore should not be particularly troubling. It was long in the making and it is only the timing of BREXIT that is somewhat perplexing. BREXIT, therefore, once the nerves have settled down will cease to evoke emotions as it does right now. The bigger question is what is going on in rest of Europe.

In both France and Germany, strong Right Wing, nationalist parties are gaining ground. In Netherlands, in Hungary, in Italy, in Austria, millions of Europeans are making it clear that they do not agree with the policies of European Union.

France along with Germany were the prime movers behind the creation of European Union. In fact, the creation of a European Economic committee was a platform for France and Germany to collaborate and leave behind their centuries long rivalry, which had resulted in two world wars and countless other conflicts. Historically too, France had always seen its future in Europe. In fact, Napoleon was one of the first architects of a United Europe. Ever since the beginning of the new millennium though, the French, beset by economic woes have been turning towards right. Front National (FN) is a prominent Right Wing Eurosceptic party in France. Led earlier by Jean-Marie Le Pen and now by his daughter Marine Le Pen, FN favours protectionism, controlled immigration and restructuring of the EU. Long derided as an anti-Semitic, xenophobic and pro-Nazi party, the FN has begun to make significant inroads in the French political system. As early as in 2002, Jean Marie Le Pen had progressed to the second round of French Presidential elections, before losing out. That in itself was a political earthquake. Under Marine Le Pen, FN staged a commendable performance, winning several seats in municipal elections. That was followed by the party’s stupendous success in the 2014 European Parliament Election, where the party won early 25% of the vote and 24 of France’s 74 seats. Marine Le Pen is widely tipped to be FN’s presidential candidate in 2017 elections in France. Most observers feel that she could very well advance to the second round of voting. With BREXIT, whose success Marine Le Pen celebrated on twitter, FN’s hand would only be strengthened.

Merkel’s liberal policies, including her open door policy for Muslim immigrants have not exactly endeared her to all sections of German population. As late as 2014, groups of Germans came together to form PEGIDA, a nationalist and anti-Islamic political movement. PEGIDA launched street protests against Merkel’s policies and her apparent surrender to immigrants who were refusing to integrate with the German way of life. Founded in 2013, the AfD party is a prominent Eurosceptic German party that draws support from PEGIDA and other Euro-sceptic Germans. Ever since its founding, the party has been gaining strength. It won 4.7% of the vote in 2013 national elections, it won 7.1% of the vote and 7/96 seats in the European Parliament in 2014 and grabbed a vote share in double digits in state elections in 2016, winning nearly 25% of the votes in Saxony-Anhalt. Its leader, Frauke Petry, an East German, like Angela Merkel herself is leaving no stone unturned in making the party more mainstream in German politics, while sticking to its anti-immigrant, Euro-sceptic and anti-Islam stand. Recently, Petry said that she was not opposed to border guards shooting immigrants who try to cross the frontier illegally. The AfD has openly declared that Islam does not belong in Germany. While AfD is still a small fish in German bipolar politics dominated by the CDU and SPD, its emergence has been strong enough to unsettle the traditional politics of the country. BREXIT will surely strengthen

Austria nearly voted for the Right Wing Freedom Party candidate in Presidential elections recently. Its candidate lost narrowly, winning 49.7% of the vote. Viktor Orban and his Right Wing Fidesz party in Hungary have been at the forefront of soft-Eurosceptism. That position is now increasingly challenged by the far-right Jobbik party that is protectionist, anti-immigration and populisyt. Jobbik gathered 20% of the votes in 2014 parliamentary elections. Jobbik won 3/21 seats in the European Parliament, while Fidesz won 11. Greece, that started the trend of ‪#‎EXIT, has its own version of Right Wing, anti-immigration, anti-Islam party by the name of Golden Dawn. While the support it commands is still small, it won 7% of the votes in Greek Parliamentary elections in 2015 and nearly 9% of the votes in European Parliamentary elections. Sweden, too has a strong right wing political force opposed to immigration and Euroscepticism. The Sweden Democrats, who are shunned by the political elite in Sweden, drew 13% of the votes in elections and won 49/349 seats in the Swedish Parliament.

In conclusion, winds of change are clearly blowing across Europe. It is time that European leaders accept the will of the people and usher reforms that their constituents are longing for. Instead of harping on fake Liberal values, Europeans leaders must see the scale of staggering challenges that they face. For once, they must get their heads out of sand and act. Should they fail to act, they would hasten the decline of European Union that has held peace at least in Europe. One only hopes that BREXIT would make European leaders appreciate the need for reform.