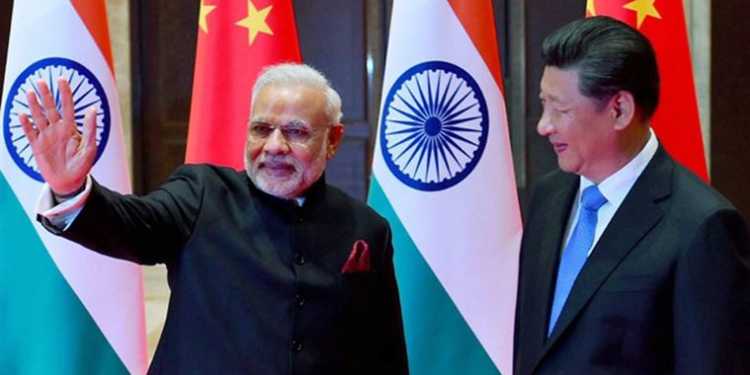 Procedural blocks wrecked India’s chances of entering the Nuclear Suppliers Group as the recent three-day plenary session in Seoul ended without a conclusive decision on India’s NSG membership bid. The government has, at large, blamed China for persistently creating procedural hurdles, but the role of friendly nations such as Brazil and South Africa has remained out of public eye. While it is difficult to estimate the extent of resistance the other 9 countries had to offer, China’s politico-diplomatic belligerence towards India’s membership was known from day one.

China has sighted India’s ‘non-signatory’ status to the NPT as the causes of its concerns, but actual reasons for its opposition are largely varied and not beyond its self-interests. Having signed the Non-proliferation Treaty in 1992, China has been repeatedly accused of assisting Pakistan in its nuclear weapons program. China provided Pakistan with the magnets required to refine bomb-grade uranium, thereby violating Article 1 of the Treaty on the Non-Proliferation of Nuclear Weapons. Therefore, China’s concern over proliferation might not be unalloyed with interests.

A certain section of the media, led by comi-comrades and left-wing pseudo intellectuals, has been targeting the government for having failed to persuade China and other friendly nations that have opposed India’s entry. Some have gone as far as to declare that India’s diplomacy is at its worst under the current government in New Delhi. The communist loving pseudo-journalists, operating from their safe houses in the Lutyens’ Zone, have not only labelled India’s diplomacy as being ‘seemingly aggressive’, but have also accused MEA of feeding ‘white lies and distortions’ to the media.

With their limited understanding of Foreign Policy, thanks to the limited channel and scope of their Marxist-Leninist literature, they have failed to understand that with new Foreign Policy designs in place, India has not just managed to gain support from major global players for its membership bid to the NSG, but has been successful in becoming a part of the Missile Technology Control Regime, an exclusive group which China is not a member of.

As a result of its dubious dealings with Pakistan and North Korea, China’s application to MTCR was rejected in 2004. Decisions to admit new members to the Missile Technology Control Regime are approved unanimously and therefore, China will now require an Indian approval for membership to MTCR.

This not only gives India an option to bargain with Beijing for a membership to the NSG but also allows India to block Pakistan’s entry to the Missile Technology Control Regime.

The signing of the ‘Memorandum of Obligations’ during the recent Shanghai Cooperation Council meeting in Tashkent and the Chabahar Trade Corridor deal with Iran and Afghanistan are just a few examples of how well New Delhi’s new diplomatic chutzpah is working for the country.

US Under Secretary for Political Affairs Tom Shannon, during an interactive session at Foreign Service Institute, called India an ‘anchor of stability’ in South Asia and reiterated United States’ committeemen. Shannon said, “We are committed to having India join the NSG. We believe that through the kind of work we have done, the civil nuclear agreement, the way India conducted itself, it is worthy of this.” Other major global powers such as the United Kingdom and emerging regional players including Mexico and Australia have also supported India’s bid. While New Delhi has failed to gain access, for now, it has successfully secured its position by gaining support for its bid.

India’s hopes to enter the elite trade club are still alive as the NSG is likely to meet before the end of the year to discuss India’s membership bid.

China had initially opposed the idea of an early meeting, originally proposed by Mexico, but the idea received support from a large number of member states.  While some countries have expressed interest in discussing entry criteria for non-NPT applicants, others member states have suggested a merit-based approach for a decision on India’s membership bid. A panel headed by Argentine Ambassador Rafael Grossi has also been set up for consultation on India’s bid.

India’s non-signatory status to the NPT remains the single largest hurdle to its membership bid, but it is highly unlikely that India would agree to sign the treaty that it considers discriminatory. While India’s impeccable record on nuclear safety and non-proliferation speak for itself, New Delhi is now aiming to engage Beijing and other member states in a constructive dialogue to address their individual concerns. As NSG plenary discussions are confidential, only bilateral cooperation and constructive dialogue to address individual issues and concerns can help is paving way for deserving, non-NPT states such as India.