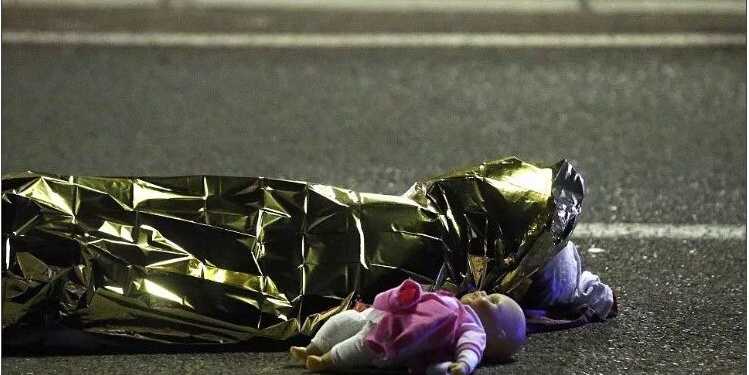 Only a few days back, a French intelligence officer remarked that the country was on the verge of a civil war, that one terror attack was all that would take to plunge the country in the depths of Civil War. Then, Nice Attack happened. On Bastille Day, as the French were celebrating the ethos of Liberty and Equality and Fraternity, a Muslim Tunisian immigrant mowed down scores of French, killing 80 and injuring about a 100.

Even as the country was recovering from the rush of adrenaline brought about by the European Football Championship, one would have thought it was only a matter of time before the inevitable happened. The security was at high alert during the entire duration of the European championship as intelligence agencies had good reason to expect an attack to mar the celebration of football. The football championship, however, came to its logical conclusion without any major mishap. But Bastille day wasn’t as lucky.

The perpetrator of the Nice Attack was, to no one’s surprise, a Muslim and an immigrant. Even before Europe imported hundreds and thousands of migrants within its borders, France was already battling a major Islamic radicalization problem. It goes without saying Merkel’s brainless Open Borders Policy has considerably worsened the scenario. ISIS has repeatedly asserted it has infiltrated Europe with its terrorists. One can only imagine how many are already within Europe planning the next attack at this very moment.

The European way of life is dead. Europe has fallen. Until something miraculous happens, Europe is well on its way to becoming the Middle East. President Hollande has further extended the state of emergency in the nation. With massive crime rates among migrants and the constant threat of another terror attack looming in the air, one tends to think a Civil War is indeed just around the corner. But it is most likely to be prevented by establishing a Police State.

Time has come for Liberals to admit that Trump’s proposed temporary ban on Muslim refugees does make sense. If those that are already in Europe and America are prone to committing acts of unspeakable horror, it doesn’t make any sense whatsoever to import thousands more who adhere to the same ideology that inspires Global terrorism. At an age where Radical Islam engenders core values of Liberty, it makes no sense whatsoever to sacrifice national security for the sake of appearing ‘tolerant.’

The Left-liberal ecosystem that has helped terrorism spread across the globe by providing it the cover of Political Correctness it needs to perpetuate itself should have been held accountable long ago but it’s better late than never. The same ideology that prevents Europe from taking harsh measures to defend itself lectures India on its ‘human rights violations’ in Kashmir. The people who cannot even defend themselves from armed robbery are dictating policies on how to tackle Islamic terrorism, it is insane what is happening in Europe at the moment and the manner in which Europe has so easily caved in on the face of a vicious enemy.

The narrative that mainstream Western media outlets have tried to perpetuate is even more puke-inducing. ‘Truck Attack’, ‘Truck mowingdown crowds‘, ‘Truck’s path of destruction’, it almost gives one the impression that one fine day, a truck revved up its engine and decided to go on a killing spree. One wouldn’t put it beyond them to demand ‘Truck Control’ as so many people have joked, the jokes might have been funny if circumstances weren’t so morbid.

World Leaders, as per routine, condemned the horrific act of terror on French soil. While President Hollande clearly blamed Radical Islam as the root cause of terror, many world leaders still refrained from using the term Radical Islam or Islamic terrorism. A war was never won without recognising the enemy and naming them. And yes, the civilized world is at war with barbarians today.

One of the most powerful images doing the rounds of the internet today is the image of a doll lying on the road beside the corpse of a child. The child is symbolic of the Western Civilization as it stands today. Liberals and Progressives in their hatred of their native culture have compromised the future of Western Civilization: The Children. The Children will grow up in a Europe increasingly torn apart by Radical Islam, countless lives will be sacrificed in the process of retuning Europe to normalcy, if ever it returns to normalcy that is. They will grow up in a world that is hostile to them, eventually, they’re the ones who will have to pay for the sins of their fathers and their mothers. The Nice Attack has brought Europe to its knees today and all because progressives put their twisted sense of morality before the future of their children.