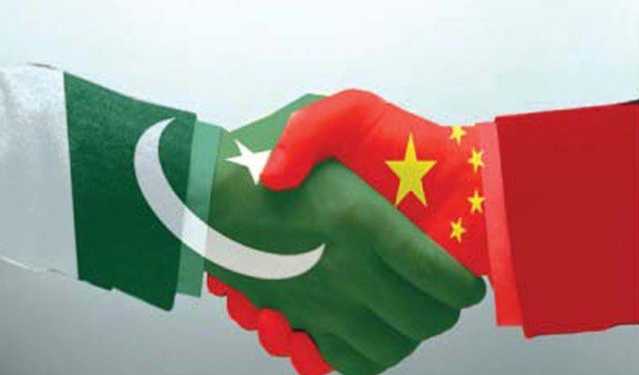 With friends like Pakistan, one doesn’t need any enemies. This was the lesson USA learnt in the hard way. From the days when ‘Mujahideen’ were supported in the credits of Rambo-III, to the day when Osama Bin Laden was killed in a commando operation, America’s perception of Pakistan had changed a lot.

As it is, America had come to resemble the word hypocrisy, especially post WWII. After eliminating all native Americans, English settlers usurped power, restricting the natives to ‘reserves’ after centuries of exploitation and killings.

Used and abused, Africans were liberated from slavery and Americans were gracious enough to elect one of the African-American, the dignified name they use in public conversations. When the Jews were flocking after the war and kicking out Palestinians, their money bags in America were quietly hiring German engineers and scientists, who were responsible for the hi-tech armament of Nazis to pave way for modern missile technology that extrapolated to the space.

In the name of liberating the world from communism, America created disturbances in many communist ruled countries with the active support of dictator ruled countries. They became the prime cause of Japan’s rise in the world’s economics and industry, after decimating two cities in the only nuclear attack recorded in the history of the world.

To its credit, Pakistan had learnt the character of America and played the same card. Pakistan supported establishing terror centres in Afghanistan and the creation of Taliban, in comparison to whom, even the Nazis look like school children, for they were not properly organized.

It was only after the emergence of Daesh, the full impact of religious extremism could be comprehended and by that time it was too late to contain it. Exploiting the advantage they have by virtue of being the neighbour to Afghanistan and close relations with all oil rich countries of middle-east, Pakistan played a dangerous double game that paid rich dividends – to its generals.

Pakistan was also helped by both Saudi Arabia and China in playing this game. Though it is well known that none of the Arab nations treat the brown Muslims from Pakistan, India, Bangladesh equal to them, they come in handy based on the power of sheer numbers in expanding the Caliphate.

Daesh called the spade a spade and Saudis were funding in the name of religious promotion, mushrooming Wahabis in the sub-continent. Somehow, it never occurred to the jihadists that despite having common religion, all nations in the Persian Gulf remained separate nations for sixteen long centuries, but then they were brain washed.

For China, being the anti-thesis to India, Pakistan was useful. Why not? They were gifted the Aksai Chin by Pakistan, that never was theirs in the first place. If China considers it a favor by Pakistan, only Mao can save them.

Now part of XinXiang, a minority Uyghur dominated region in the mainland china, Aksai Chin links the Muslim Uyghurs to the Islamic Republic of Pakistan.

Sensing the higher cost of keeping Pakistan in its fold, in a typical business fashion, Americans slowly gravitated towards Indians. It serves them two purposes. First, post the decimation of USSR, China being the biggest threat, keeping India in the group helps them to have a check against China.

Of course, it was secondary to one and all that as such there never were issues between India and China, historically until the WWII. In both nations, post WWII, nationalism was running like adrenaline and this was the root cause of all problems. Yet, the arrogance of communism blinded Chinese while the flamboyance associated of flirting with young maidens made Indian socialists dream with eyes wide open. And the result is India had border problems on both sides.

Though China could wake up from the communism inflicted coma and became more capitalistic than any other country, the communist way of administering the nation was too convenient to give it up. So, they pursued Capitalistic way of doing business but the necessary infrastructure was provided by the communist set up.

After one and half decades into capitalism, China realized the vicious loop that capitalism is! They need to keep the factories running irrespective of the demand for the produce. They need to employ the biggest workforce on earth continuously, lest it may become restive.

By proposing the China Pakistan Economic Corridor, the Chinese wanted to convert their weakness into a strength.

$46 billion investment means their cement plants can run for some time. And when the corridor is ready, oil transportation from the middle-east to the cities on eastern shore would become faster. Access to Central Asia and Europe would be relatively easier. Already China had bought large tracts of land in Africa and started farming to sustain the stomachs of more than a billion Chinese. With food ensured to their masses, China can utilize them to explore the mineral rich Central Asia and other Baltic nations.

Then, China had missed a point. The reliability of Pakistan – as a reliable ally. In the history of Pakistan, if there was one consistent thing, that was only ‘inconsistency’.

The nation veered away from the ‘secular’ nation that Jinna had dreamt. It practiced a fundamentalist version of Islam and not the progressive version propagated by their Allama, Muhammad Iqbal.

They betrayed millions of Muslims migrated from India, by labeling them ‘Muhajirs’ and treated them second class citizens. They committed atrocities against their own people, Bangladesh had to secede. Pakistan betrayed Afghans – fellow Muslims when they subscribed to the ideology of America and created Taliban.

They betrayed America, when they hid Osama Bin Laden in the safe house close to the military base. And it was this historic record of betrayal and inconsistency that China failed to look and understand. Maybe Pakistani generals promised they will take care of local issues, but as the western port Gwadar was in Balochistan, China’s access to Arabian sea always remain a subjective matter.

The Baloch, fearing the new roads will make military movement easier will hamper the construction of the highways.

Forget the Baloch, as with any other corrupt nation, the local politics would be playing a major role in proposing changes to the route, often depending on the power of the local leader and not the actual necessity.

As part of this package, many a hydel power plants would be set-up on the rivers generating many thousands of megawatts of electricity, it is expected that Pakistan may turn into a power surplus nation. Then, the proposed transmission line back to China could not be explained, as this line is to transmit electricity produced at Matiari, in Sindh province to northern parts of Pakistan, read Lahore.

Will this clean and green power be exported to China to satisfy its ever increasing energy need, while the already polluted southern Pakistan make electricity from polluting thermal power plants, only to supply to their Punjabi brothers?

Well, the establishment in Pakistan was averse to answer any of these questions, even to their own people. As a matter of fact, their failure to ensure continuous supply to NATO forces, free of terrorist attacks explains many things.

Then comes, the most profound question of what will happen to the most notorious product of Pakistan – Terrorists? Will they prefer the newly built roads and go to Xinxiang to support their Uyghur brethren? How Uyghurs themselves be responding to the new infrastructure being developed in their province?

How long will it take for China to integrate Uyghurs into mainstream, even after the necessary infrastructure is in place – for the integration of Tibet into main land China is not yet complete, despite Chinese use of force over nearly six decades. Or is China planning to annihilate Uyghurs altogether?

Can they handle repercussions of such annihilation in large scale without affecting its ties with the Central Asian nations?

Maybe the Chinese, in their eagerness to get access to Arabian Sea had not thought of these possibilities or they plan to turn entire Pakistan into a colony! The experience of the British is not so encouraging to run a colony in Pakistan and so they may run Pakistan through some proxy Junta. Either way, during the construction of corridor and after its construction, China would be busy with its affairs in Pakistan. Americans may be thanking Pakistan, with a smile on their faces to keep China engaged in the useless territory, where none from outside was interested.

And with Pakistan as its friend, China may not need any enemies to get doomed!

[Watch] Obama got Hugs for Modi, Snub for Jinping