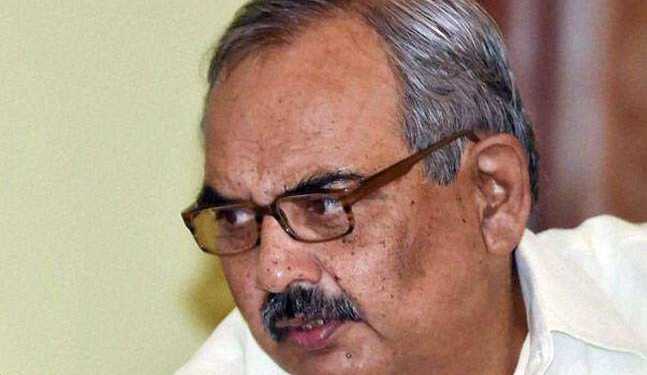 Dawood Ibrahim, the notorious underworld kingpin who unofficially rules over all the illegal businesses in the business capital of India, is living a king’s life in Pakistan. Living inside a cosy palace in Karachi, he controls most of the illegal and terror affairs in Mumbai, spreading from the dark, stinking slimy alleys to the costliest suites in the Luxury hotels. The mastermind of the 1993 Mumbai Blasts laughs on the so-called long hands of the Indian Judiciary and the Law and Enforcement System, which our Bollywood movies of 80s and 90s boasted about. Pakistan, which is the workshop of international terrorism, is the Jannat for Dawood Ibrahim where the Indian Law and Enforcement System cannot enter.

Recently, the outgoing Home Secretary (and the new CAG) Mr. Rajiv Mehrishi gave a statement that Dawood Ibrahim is in Pakistan and that the government of the country is creating hurdles in getting him back to India, which is against the International Law.

According to the Sanctions under United Nations Security Council Resolution 1267, UN member countries need to prevent foreign travel, freeze assets and cut off access to weapons for individuals who have links with Al Qaeda, ISIS or any other such terror groups. Pakistan denying India’s claim and refusing to aid India in finding Dawood is a clear breach of Resolution 1267. Pakistan did nothing to enforce the sanctions against several people in the Resolution 1267 list, including the LeT founder Hafiz Mohammad Saeed.

The three addresses are well-known addresses, not some dark alley of any slum, which does not come under people’s knowledge. India had submitted a list of 9 addresses in a dossier, which even include one address near the house of Bilawal Bhutto Zardari, son of Benazir Bhutto. One address also belonged to Maleeha Lodhi, Islamabad’s envoy to the UN. The UN committee found three of the nine addresses incorrect, however confirmed the rest six addresses.

The UN Security Council’s ISIL and Al Qaeda Sanctions Committee has amended its entry on Dawood Ibrahim by adding these addresses. As soon as UN committee confirmed the six addresses frequently visited by Dawood Ibrahim, Pakistan Foreign Office started crying foul by accusing India of influencing the UN report to malign Pakistan. Since Dawood is on the list of Resolution 1267 and Pakistan is creating hurdle in India’s path to retrieve Dawood Ibrahim, Rajiv Mehrishi is right in saying that Pakistan is violating the international law.

Although the Pakistani authorities strongly deny that Dawood is not in Pakistan, their claim is as false as Red Herring. Dawood Ibrahim is the most wanted criminal in India, but a hero and a respectable man in Pakistan. Otherwise, the former Pakistani legendary cricketer Javen Miandad, whom the Pakistani citizens consider a nationalist person, would not have agreed to his son’s marriage with Dawood’s eldest daughter Mahrukh. Just think- how many Indians would agree to marry off their children with the children of Boko Hatam militants, even though Boko Haram is not involved in any terrorist activity in India?

That being said, anybody who wants to harm India is greeted in Pakistan with open arms and accepted by the majority of the citizens of the failed country. Moreover, Dawood Ibrahim’s money is used to finance many movies in Bollywood film industry and the profit goes to Dawood who invests the money in Pakistan too. Dawood Ibrahim even uses his influence to arrange works for Pakistani actors in Bollywood industry- else why would Bollywood give chance to Pakistani actors when we have many good talents and most of the audience is against giving opportunities to Pakistani actors? This fact is evident from the foul statement from former Pakistani President Parvez Musharraf, in which he blamed India for Dawood’s actions, which he deems heroic.

In a Pakistani TV channel, the sly Parvez Musharraf supported Dawood by saying- “India has been killing Muslims and Dawood Ibrahim has been reacting.” Musharraf also continued- “India has been accusing Pakistan for long. Why should we now become good and assist them? I don’t know where Dawood is. He must be here, somewhere”. Confirming that Rajiv Mehershi is right in his statement, Musharraf said- “Whatever action is required, we are taking. We will get him. The process is on. But the attitude of the Pakistan government is not in conformity with the international law. Pakistan is working against India. The legal process is on. We will get him at an opportune time”.

Pakistani authorities, high officials and law and enforcement system have evolved in such a way that they support international terrorism, especially if the word Jihad is associated with it. For an example, the world’s meanest terrorist Osama bin Laden took shelter in Pakistan where he was supposedly killed by US marines. Though the Pakistani government, intelligence agencies and media tried to propagate that they did not know anything about Osama, most of the higher authorities, even the common policemen were in support of Osama.

Here is a small incident.

When Pakistan can protect Osama for more than a decade, why it will not do the same for Dawood Ibrahim, the most wanted criminal in India? Hence the Government needs to be more proactive and aggressive, and take Rajiv Mehrishi’s Counsel more seriously.

Israel was Ignored by India for Far Too Long, PM Modi embraced Israel. Now the Results are here