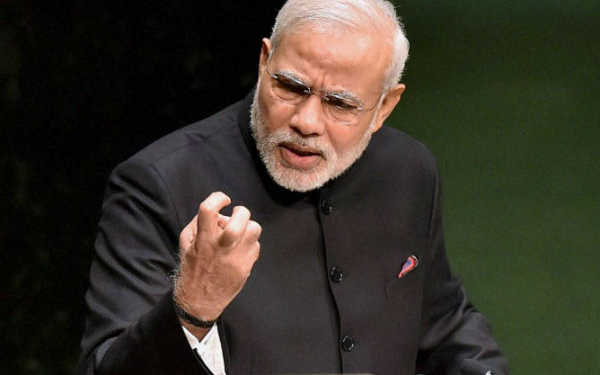 I stumbled upon an article on thewire.in, that screamed “Prime Minister Narendra Modi’s decision to skip the 17th Non Aligned Movement (NAM) summit reflects poorly on his ability to utilize strategic levers that have served the country well in the past and continue to have relevance even today.”

When Modi had no qualms in attending SAARC summit, G20 Summit, BRICS summit, and the ASEAN summit, why did he give a miss to the NAM Summit?

Let us revisit NAM, its history and relevance:

Supporters of Nehru often point out that one of the major achievements of Pundit Jawaharlal Nehru was the ‘Non Aligned Movement’ or NAM as it is popularly referred to.

NAM was nothing but the “third world nations” attempt to create a third world force through a policy of neutrality with the United States and Soviet Union. It proposed a “third way” between Western capitalism and Soviet communism for developing nations. Pundit Jawaharlal Nehru was the forerunner of this ambitious group while other founding countries were Yugoslavia, Egypt, Indonesia and Ghana. Jawaharlal Nehru is credited for the creation of NAM.

The truth is, it was a failed consortium of under-developed Nations many of whom had Dictatorships. NAM served no purpose back then and is totally outdated presently.

NAM in itself was a duplicitous organization full of internal tussles and confusions. Yugoslavia, Egypt, Indonesia and Ghana the founding members have never been a key ally of our nation. They never had any major commercial, economic and military ties with India. In fact many Nations within NAM were suspicious of India’s coziness with USSR, and viewed India nothing more than a front for Soviet Designs.

Truth is, while Nehru preached “Non Alignment”, India was (and still is) a close USSR aide, and this was even before US had any influence over India’s arch-rival -Pakistan. In fact it was Nehruvian Policy of preaching Non-Alignment from a moral dais with a touch of faux demureness, while in reality pandering up to Communism, that made US suspicious about Nehruvian India.

In fact such was the influence of Soviet Communism on Indian Political Scene of the time that many of sitting ministers, MPs, IAS officers, IB officers, bureaucrats in the Defence establishment, the media, the Congress and Communist parties were all on the take. The Mitrokhin Archives reveal with devastating clarity, the extent of the KGB’s infiltration in India.

Pundit Jawaharlal Nehru, the supremely talented man held on to two portfolios at that time. He was the PM of India and the external affairs minister too. Since the NAM affair gave him a global mileage, he was more concerned in presiding over NAM meetings and affairs. Guess what took the back seat? Yes, his role as the PM of the country. Let me correct myself, his role as the PM of a poor, malnourished country.

One can still see the reflection of Nehruvian Policies in the stand of Leftist Ideology in general and Congress in Particular, on issues such as Kashmir and relationship with China and Pakistan.

NAM was nothing more than an Ego Massage exercise for the likes of Nasser and Nehru.

I regret mugging up that chapter in history where I read about NAM and Panchsheel and Nehru’s role and abracadabra and similar concepts of Romanticism.

Indian PMs have been attending the NAM summit not because it means anything but because Nehru happens to be one of the founding fathers of the ‘movement’ and hence it becomes a moral obligation of sorts. Modi refused to act in accordance with the set norms.

Modi understands that NAM was an irrational concept and now that the world isn’t bipolar anymore, it is completely irrelevant too. Also its anti-west propaganda isn’t going to work in any of the member nations’ favour.

How subsidies made Venezuela a beggar nation?