ISIS is about to lose its capital, but there will be a 1000 unanswered questions after that 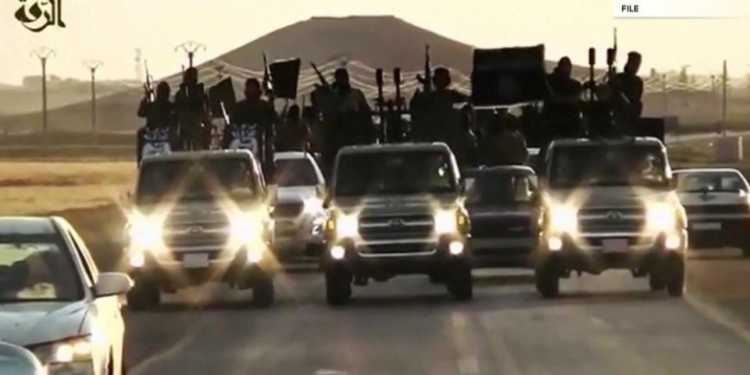 A major military offensive has begun in Iraq to liberate the country’s second largest city Mosul. Mosul was seized in June 2014 by the ISIS. The Iraqi forces had flown in the face of the ISIS onslaught leaving behind $500 million in the Central Bank of Mosul as well as huge stores of weapons. These financial and military reserves were used by ISIS to employ new recruits and arm their forces still in Syria across the border. The Mosul offensive is being reported as a defining moment in the battle against the ISIS which had made the city de facto capital in Iraq.

It was in Mosul that Abu Bakr al-Baghdadi from its Grand Mosque in 2014 declared that a “caliphate” was announced. Mosul is an important transportation hub between Syria and Iraq; it has large oil fields in the north with the key oil pipeline going to Turkey.

The liberation of Mosul would mean that the ISIS would be belittled as a force in Iraq and it would be unable to send its forces to other places. Mosul is the heartland of Sunnis as far as Iraq is concerned, therefore, controlling Mosul is quite important but this is not easy. As one approaches Mosul from the south i.e. Baghdad (390 kilometers around), the countryside is very flat with few habitations and the city itself is surrounded by hills. The City is important for ISIS to survive because of the connectivity this city gives, the resources, oilfields, strategic importance and the edge in battle with the Kurdish and Iraqi forces.

America is involved in taking out ISIS phenomena from Mosul as forces with American coalition are involved, plus there is an agreement between the Peshmergas and the Iraqi Government to fight against ISIS. How well the Mosul campaign goes, not just the fighting over the coming time but the rebuilding of the city in the months after that, will help define Mr. Obama’s legacy as a wartime leader who sought to get the United States off the front lines of the counter terrorism war. Some believe that the rush to begin the offensive in Mosul under pressure from the Obama administration may have put the US presidential election calculus above long-term Iraqi national interests.

Even after Mosul is liberated, there is a problem regarding who will administer the city. If it is handed over to the Baghdad Government, it would imply that it is handed over to the Shias because 90% of the Iraqi army consists of them. If it is given over to the Kurds, it would again be a kind of sectarian involvement. Just north of the city, there is a Turkish brigade which is placed. So, there is no clarity regarding administration of the urban center. Sunni aspirations have to be brought into consideration as well along with Yazidis, Kurds and Christians.

Turkey’s policy is mainly driven by its geopolitical ambitions in Iraq to retain the area around Mosul. The main objective of the Turkish presence in Iraq is to fight the Kurdistan Workers Party (PKK), which is designated as a terrorist organization in Turkey, EU and the U.S. From the perspective of the current Turkish political establishment, Mosul was unjustly seized by Britain in 1918 and the newly founded Turkish Republic was forced by the Western powers to acknowledge the League of Nations’ brokered agreement. The loss of Mosul is, many say, a historical injustice inflicted upon the Turkish people. Almost half of the the city’s population is now trying to relocate itself because of this offensive. If the battle continues for long, it would mean cutting of utilities, electricity, water, food supplies causing collateral damage to civilians.

War against the Islamic State is unattainable without filling the political and security vacuum that now exists in too much of Iraq. The Islamic State’s eventual retreat from its capital will be a much-needed victory for the country. But unless the government in Baghdad enables Iraqi Sunnis to fill that void, it will once again emerge from the desert.

Philippines: How an island nation turned into a nation of Assassins?